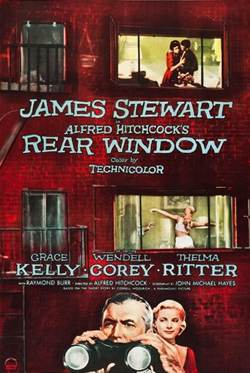 Curiosity killed the cat and next in line might be Jeff Jeffries, a nosy shutterbug who suspects his henpecked neighbor is a cold-blooded killer. Hitchcock’s 1954 thriller is not only one of the most suspenseful films of all time, it has some cheeky things to say about the voyeuristic tendencies of its own audience. Starring James Stewart, Grace Kelly and a pre-Perry Mason Raymond Burr who spends a inordinate amount of time tending the courtyard garden.