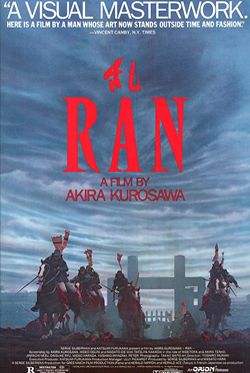 Like Orson Welles, Akira Kurosawa found it difficult to find backing for projects in his later years. Producer Serge Silberman came to the rescue with a Japanese-French coproduction package to enable the director to make this dark spectacle based primarily on the exploits of an actual 16th century warlord, although there are undeniable similarities to King Lear. Kurosawa spent ten years storyboarding the film as paintings, accounting for the stunning visuals throughout.