The effort to restore neglected films doesn’t get more rewarding than this 4K rebirth of Lewis Milestone’s version of the acclaimed Somerset Maugham story. Loaned from MGM, Joan Crawford tries on the role of Sadie Thompson and holds her own opposite Walter Huston’s fire & brimstone preacher. It’s still a major achievement of the pre-Code era, an adult story that doesn’t water down its ‘dangerous’ themes: it’s exactly the kind of show that the censors didn’t want made. 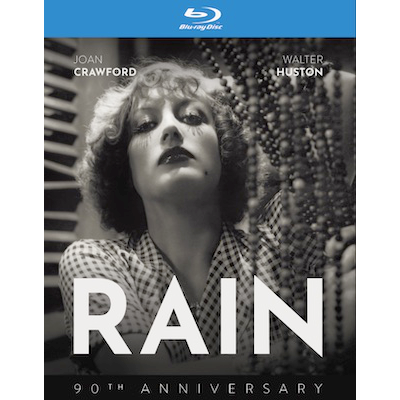 The distribution company United Artists released some of Hollywood’s best independent productions. But later on, many  became difficult to see in quality presentations. The filmic printing elements were returned to the original producers, and the mercy of companies or heirs not necessarily keen to properly maintain them. 1939’s Stagecoach is one of the most famous and popular westerns of all time, yet it needed a major digital rescue just for video release.

Other films have slumped in popular (and perhaps critical) appeal due to a similar inability to source good film elements. To name two examples, John Cromwell’s So Ends Our Night (1941) and producer Sam Wood’s Our Town (1940) — both powerful, important pictures, are seemingly viewable only in terrible 16mm copies.

A title high on the at-risk list is the 1932 United Artists release Rain, produced by Joseph M. Schenck and Lewis Milestone. A respected ‘artistic’ filmmaker, Milestone stayed independent even when contracting with a studio was the better career move. In silents he had worked with the most glamorous stars, and just before sound came in scored big with Howard Hughes’ gangster tale The Racket. His reputation was sealed with three major hits in a row, all of which garnered critical accolades. 1931’s All Quiet on the Western Front is still the most celebrated anti-war film of all time. 1931’s The Front Page imported from Broadway the smart-patter dialogue style that would make the early talkies so distinctive.

Rain is a daring show in every regard. Its New York stage run as Sadie Thompson made a star of the legendary Jeanne Eagels. Somerset Maugham’s racy story had already been adapted as the silent film Sadie Thompson, by Gloria Swanson and Raoul Walsh. A talkie version could finally make use of the play’s dialogue. Writing the screenplay wouldn’t be easy — even without full Code enforcement, the subject matter would surely offend the censor bluenoses. 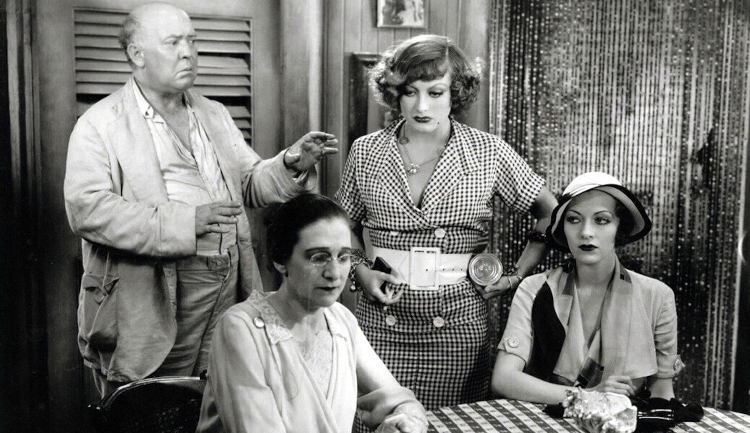 Milestone’s version adds artistic visuals yet doesn’t try to disguise its source on the stage. The story remains much the same. Preacher Alfred Davidson (Walter Huston) is touring a section of Polynesia with his wife and friends. A rigid reform Protestant, Davidson holds considerable political power. His brand of Christianity has imposed the notions of sin and shame, guilt and punishment on Polynesian life. Davidson and his even stricter wife (Beulah Bondi) find their trip delayed in Pago Pago, due to a cholera outbreak. They learn that their fellow passenger Sadie Thompson (Joan Crawford) is a prostitute who has fled Honolulu to avoid a criminal warrant from San Francisco. Sadie carouses with the local Marine detachment, striking up a romantic affair with Sergeant ‘Handsome’ O’Hara. Mrs. Davidson condemns the brazen hussy just for dancing on the Sabbath; Sadie tells the old lady to mind her own business.

Incensed by Sadie’s heated rejection of his Puritan demands, Davidson arranges for her deportation home to face trial. But Davidson then takes on the challenge of saving her soul. Sadie responds to Davidson’s impassioned moral entreaties, and discovers within herself a desire to reform. But she’s torn between accepting prison and running away with O’Hara, who wants to start afresh with her in Australia. Both Sadie and Davidson succumb to emotional extremes, which leads to wholly unexpected events. 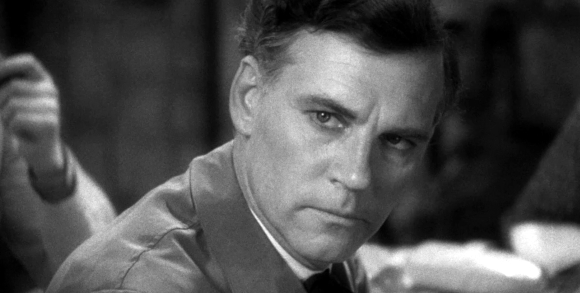 The play’s volcanic confrontations are still the highlight of Lewis Milestone’s version. Alfred Davidson’s threats of damnation clash loudly with Sadie’s brazen defiance — and inner conflict. Milestone never stands back to let the stageplay unspool — his camera direction is precise and the editing choices comment on relationships within the frame. The highly mobile camera also pulls off excellent moving shots in the ramshackle boarding house of the local trader, Joe Horn (Guy Kibbee). At one point it circles a center table to follow the action and the dialogue, a swift spinning action that seems totally appropriate.

Cameraman Oliver T. Marsh appears to have come from MGM with Joan Crawford; all in all he would shoot 14 films with her. His ‘nature’ montages have the feel of films like Tabu, and the hazy exteriors make us feel as if we’re in a humid downpour. Rain’s main exterior location was Catalina Island, that had also been used for the silent Sadie Thompson.

The visuals enforce a sense of the South Seas. The frequent montages of the natural elements focus in on close-ups of rain details that establish the soaking-wet climate. The passenger ship arrives during rainfall, and the Marines sing as they march in the mud. For 1932, the tropical atmosphere is very convincing. 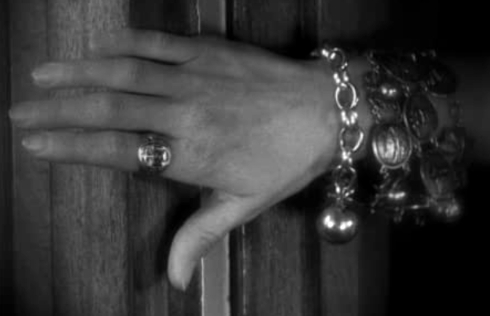 Does Sadie Thompson bring out something a little closer to the real Joan Crawford?

Lewis Milestone uses an aggressive editing strategy to help characterize Sadie Thompson. Joan Crawford’s entrance is a memorable series of fast cuts that ‘assemble’ Sadie Thompson piece by sensational piece: separate images of fancy heels, loud jewelry, a hand on a doorway rail. The effect is comparable to James Whale’s fast-cut introduction of Boris Karloff’s monster. Both characters are too overwhelming to be expressed in an ordinary entrance.

This disc’s the performances. Joan Crawford’s makeup tended to look too extreme in contrasty old 16mm dupes, like the near-clownish painted faces in some of her late career work. Sadie Thompson’s appeal is definitely less refined than some of Crawford’s more elegant roles for MGM. Sadie is also more openly vulgar than the ambitious shopgirls she played opposite Clark Gable and Robert Montgomery. Crawford’s own origin was almost completely suppressed in her MGM publicity, and Sadie Thompson’s authentic edge may come in part from personal experience. Sadie looks entirely capable of ‘entertaining’ a half-dozen inebriated Marines, and keeping them in line as well. One of her quips is a Japanese phrase for “I should worry,” which we take as another way to say, “I’ve been around.” 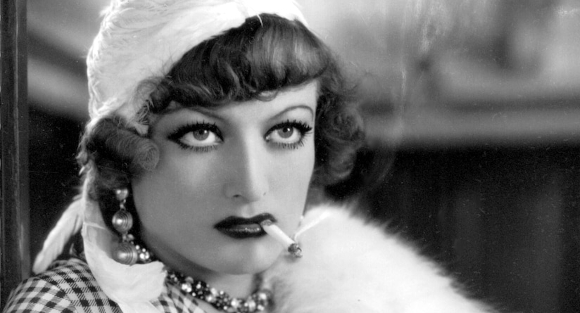 “But I’ve got the power to stand here and say you hang me and be damned to you!”

Joan Crawford’s fans apparently didn’t want to see her as a brazen prostitute, but it’s not easy to account for the negative reaction to Rain. Joan Crawford all but disowned her performance, calling it one of her worst movies. In his excellent commentary Richard Barrios gets into more detail on why Crawford had such a low opinion of the experience. Show-biz insiders reportedly resented Crawford’s attempt to fill the shoes of the recently deceased Jeanne Eagels. He also suggests that by 1932 the play Sadie Thompson was just too familiar and out of vogue.

These days everything about Rain fascinates. The sharp dialogue includes subtle allusions to homosexuality and ‘interesting’ sex; Guy Kibbee’s bulbous Joe Horn even recites a ‘godless’ phrase or two from Nietzche, with the words “Also sprach Zarathusta.” Mr. Davidson’s friends get in some sharp jabs at the man’s Bible-thumping inflexibility. Some of the line deliveries may be dated, but the talk is intelligent, witty and well worth a good listen. It’s a literate play.

We indeed watch Rain to witness the clash between Walter Huston’s immovable object and Joan Crawford’s irresistible force. It’s more subtle than we expect. Sadie is not a standard whore with a heart of gold, but a survivor forced to make demeaning compromises. The church folk don’t recognize Sadie’s natural strength when she asserts her pride and dignity. She may feign hardness but she’s still vulnerable to Davidson’s preaching, when his words have compassion and concern. But it could go either way. Sadie claims readiness to return to face a judge — but only because she believes that Alfred Davison is indeed morally superior, above the temptations of the flesh. 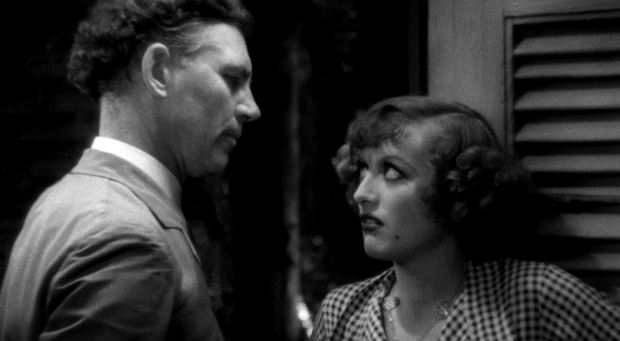 Walter Huston was one of the busiest actors in early talkies, playing scores of important men delivering grand speeches representing serious issues. His preacher in Rain is an examination of a strong man whose moral constitution has never really been challenged. Mr. Davidson believes he can break down Sadie but he doesn’t fully know himself. In reality it’s almost no contest: Sadie possesses an essential flexibility, that Davidson lacks.

Who wins?  The battle of wills for Sadie’s soul comes to a dark conclusion. A throwaway line from one of the tourists caps it off rather well: “Too bad man couldn’t develop a soul without losing the Garden of Eden.” 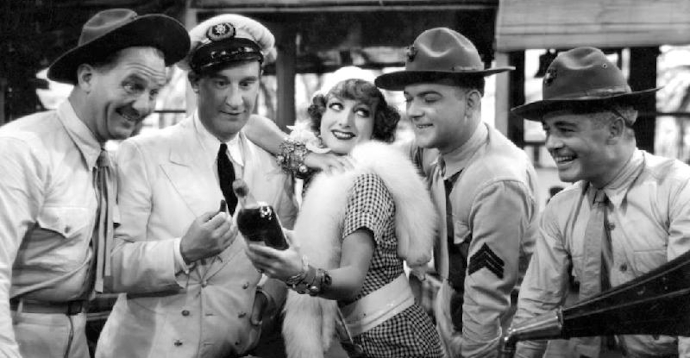 Mary Pickford Foundation / VCI’s Blu-ray of Rain is a pleasing 4K restoration. The show was chopped by 18 minutes after the Code was enforced, but with the permission of the Mary Pickford Foundation, VCI was able to access an uncut 35mm negative element held by the Library of Congress. The main presentation is uncut and with consistently excellent sound and picture quality.

There’s no comparison with earlier video versions, that suffered from every duplication problem known to film. Various PD videos circulate that are full length, but the ones I’ve seen required slogging through substandard video and headache-inducing audio.

The track on this Blu-ray is so clean, we can finally appreciate Alfred Newman’s music score. But most noticeable are the delicate textures in the cinematography. They really manage to make dry Catalina look like a South Seas port in the rainy season. 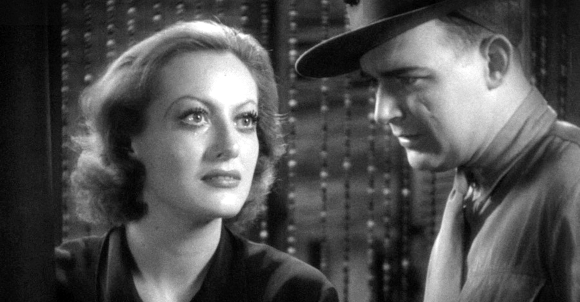 VCI’s extras are a major asset. Accomplished author and researcher Richard Barrios’ audio commentary offers a thorough, comprehensive look at the show from all angles, starting with Jeanne Eagels’ initial Broadway triumph. He mentions Eagels’ one extant feature film, the first version of Maugham’s The Letter.

Barrios’ detailed track brings up scores of issues related to the pre-Code era. The censors swung considerable clout even before enforcement. They insisted that the play’s Reverend Davidson become a ‘deconsecrated’ Mr. Davidson . . . as if that would give plausible deniability to the story’s indictment of church hypocrisy.

Mick La Salle’s second commentary interprets scenes and characters, using his knowledge as a writer of books on the pre-Code era. La Salle simply calls Mr. Davidson a phony, a misguided bully. Marc Wanamaker’s liner notes are concise and useful, and free of spoilers. He does break the bad news that Rain was not at all financially successful, something we keep forgetting.

Also included is an entire second encoding of the show, a 1938 reissue version trimmed by two entire reels. It carries a new title sequence. The opening ‘art’ montage prologue and the Marines’ marching song are almost completely removed. We’re told that this edited version is what showed on TV in the 1950s and ’60s.

An added treat is a 1934 Paramount Betty Boop cartoon, a Cinderella story. It’s in beautifully restored 2-Color CineColor, because at that time Disney had exclusive rights to 3-Strip Technicolor in animation. The cartoon features cute songs, and the gags include some adult-oriented ‘find a way to undress Betty’ business.

We’ve also seen the 1953 3-D version Miss Sadie Thompson, which suffers greatly from the repressed, obstructionist Production Code. The presence of Rita Hayworth guarantees that only the bare framework of the original remains. Rita’s Sadie is just your standard saloon singer; José Ferrer’s Davidson is now a ‘missionary inspector,’ not a direct man of the cloth.