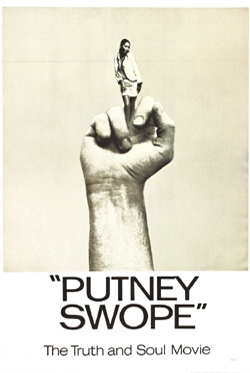 Before Robert Downey Jr. there was … Robert Downey Sr. (A Prince)! This was his first widely released “underground” indie (filmed for $120,000) and his most popular, but we here at TFH have a soft spot for Chafed Elbows. Arnold Johnson, as the token black employee put in charge of a NY ad agency, is entirely dubbed by Downey.