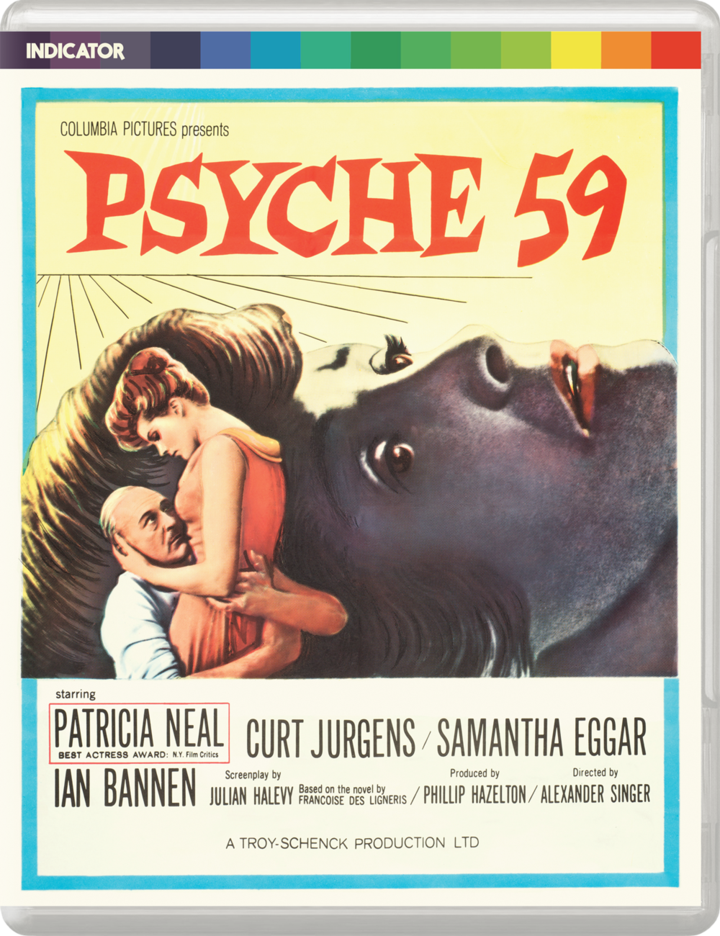 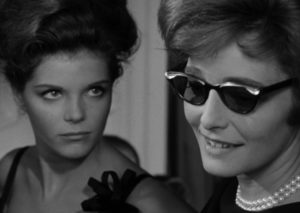 The story of a troubled marriage and a tenacious home wrecker, Psyche 59 is a Brigitte Bardot movie without Bardot – despite its overheated narrative Alexander Singer’s psychosexual potboiler is stuck at room temperature.

Patricia Neal plays Alison Crawford, the unlucky sibling to Samantha Eggar’s hot to trot sister Robin and Curd Jürgens is Eric, the reluctant Romeo in the little flirt’s crosshairs. Jürgens knew the pitfalls of a wandering eye having tangled with Bardot herself in 1956’s And God Created Woman – judging by his reaction to Eggar he hasn’t learned his lesson.

Alison suffers from hysterical blindness and has suppressed the traumatic event that triggered it – her sister’s return unlocks a Pandora’s Box of bad memories but the young siren’s provocative presence may be just what the doctor ordered. 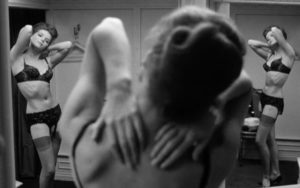 The moment Robin arrives on the scene she’s playing footsie with Eric while Alison stares into space and makes small talk – a golden opportunity for a chronic skirt chaser like Eric. The film was based on the novel Psyche 63 by Françoise des Ligneris but it contains echoes of Vladimir Nabokov’s pitch black comedy, 1932’s Laughter In the Dark in which a blinded art critic is the brunt of a cosmically cruel joke.

Like Nabokov’s novel, Psyche 59 is loaded with nods to Krafft-Ebing including rip-snorting equine symbolism and autosexual voyeurism (Robin loves to inspect herself in all her Victoria’s Secret glory) but the lingering snapshots of axes, knives and carving tools end up teasing the audience even more than Eggar’s striptease antics. 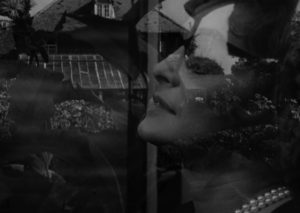 Those razor sharp images are courtesy of the movie’s real hero, cinematographer Walter Lassally, whose spartan black and white photography is given a brilliant showcase in the new Blu ray from the British home video company Powerhouse.

While the white hot Eastmancolor atmosphere of the French Riviera made Bardot appear to ripen before our eyes, Lassally’s black and white compositions find Patricia Neal under a perpetual storm cloud – indeed, the photographer outdoes Julian Halevy’s perfunctory screenplay in providing a road map to Alison’s tortured psyche.

Singer, for better and worse, keeps the actors on a short leash while betting on Eggar’s flesh to rouse the audience – a trick he learned in his first film, A Cold Wind in August, a fine character portrait starring an impassioned Lola Albright as a faded stripper. The 91 year-old filmmaker’s most recent outing was Star Trek: Voyager in 1998. 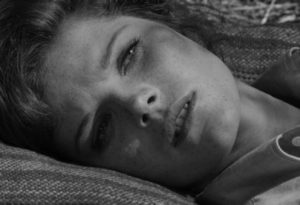 Powerhouse continues to be… a powerhouse – particularly when it comes to unearthing the wonderful slew of provocative British dramas that crowded the lower half of double bills in the U.S. in the mid-sixties (if at all –  The Pumpkin Eater and their recent release of The Third Secret being prime examples of worthy but reclusive titles set free by Powerhouse).

The stunning transfer for Psyche 59 is, as they say, worth the price of admission but the generous Brits have also included an excellent selection of extras including an audio-only interview with the formidable Lassally (A Taste of Honey and The Loneliness of the Long Distance Runner among his credits)  and a grin-inducing interview with a gregarious and good-humored Eggar.

The official round up of extras from Powerhouse:

The BEHP Interview with Walter Lassally (1988, 94 mins): an archival audio recording, made as part of the British Entertainment History Project, featuring the renowned cinematographer in conversation with Roy Fowler