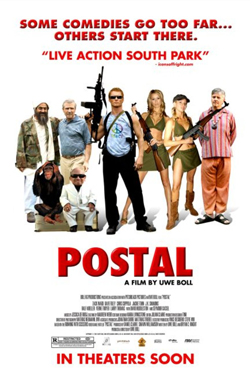 A film influenced as much by South Park as Mad Magazine, Uwe Boll’s gonzo satire was based on a video game first released in 1997. Starring Zack Ward and  Dave Foley as two small-town con artists involved in a get-rich-quick scheme, the film evolves (or devolves) into an apocalyptic confrontation between a video game entrepreneur and Osama bin Laden.