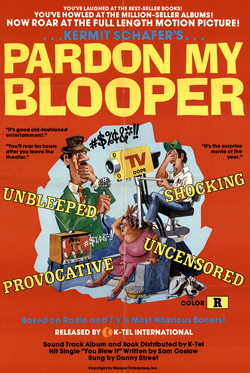 Kermit Schafer was a man who got rich off other people’s mistakes—”bloopers” he called them—and he broke the bank with a series of best-selling comedy records featuring the most celebrated gaffes. In 1974 he rolled the dice and put together a theatrical version, Pardon My Blooper. Dick Clark came on board for the TV edition and the rest is history.