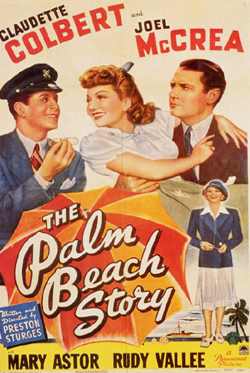 The original title of this influential screwball comedy was Is Marriage Necessary?, but even though writer-director Preston Sturges was on a roll, he couldn’t get that one past the Hays Office. This was Joel McCrea’s second Sturges lead after the fabulous Sullivan’s Travels and the seventh of ten Sturges-written movies in which William Demarest appeared. The Wienie King and The Ale and Quail Club have become iconic comic touchstones for fans the world over.