New Wave director Claude Chabrol goes off in an odd direction with this Francophone adaptation of Hamlet. Convinced that his father was murdered, the heir to an estate behaves like a madman as he sets out to unmask the killers. The ‘castle’ is a country manse guarded by thugs as a precaution against the signeur’s striking union workers. Special added attraction: the stars to see are Alida Valli and Juliette Mayniel of Eyes without a Face. 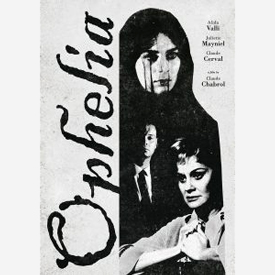 I suppose you could say that two young directors stayed loyal to the French New Wave’s edict to transform cinema. Jean-Luc Godard went stubbornly his own way, waving a rebel flag at filmic conventions and the great enemy, the film industry itself. I wonder if he was good to his producers? Jacques Rivette also took off in his own cinematic direction, and although respected by his peers became the least-seen of the original Cahiers crowd. I have to say I passed on the job of taking in his multi-hour semi-theatrical epic Out 1, but I highly recommend his mysterious on-the-streets pre-paranoid masterpiece, Paris Belongs to Us.

Claude Chabrol eventually settled into an almost unbroken diet of handsomely produced low-key mystery thrillers, earning the nickname of ‘The French Hitchcock’ despite his completely different filmic approach to cinematic murder and intrigue. It was François Truffaut that opted to Go Full Hitch on occasion. Although Chabrol’s excellent early pictures like Les bonnes femmes employ New Wave notions of reinventing cinema, yet he eventually felt more at home with more conventional projects. 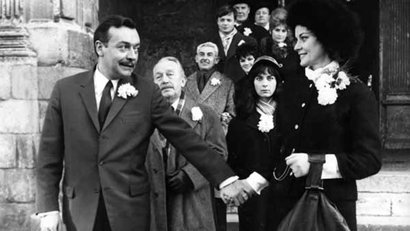 Chabrol’s 1963 Ophélia is not at all experimental, at least not cinematically. It’s a knowing transposition of Hamlet into the French countryside. The conceit is not played straight, like the occasional western or gangster movie that merely restages Macbeth in genre dress. The main character decides that his situation is analogous with that of the melancholy Dane, and purposely proceeds in a similar direction.

The imperious Lesurf family has lorded it over their properties for generations, and is presently engaged in a bitter standoff with a union for control of the labor force. The highly educated Yvan Lesurf (André Jocelyn) is an annoying aristocratic brat. Yvan plays the piano and sometimes affects a poetic manner of talking to amuse himself and confuse those around him. But Yvan cries at his father’s funeral, and when his mother Claudia (Alida Valli) soon remarries her dead husband’s brother Adrien (Claude Cerval), Yvan blows a fuse. Convinced without evidence that his mother and stepfather committed murder, Yvan causes scenes at meals, mistreating the servants and provoking the eight or so private guards hired as a precaution against labor violence. Making enemies in all directions, Yvan further alienates the locals and drives Adrien to distraction with his passive-aggressive behavior. Yvan also pays more attention to Lucie Lagrange (Juliette Mayniel), the daughter of the Lesurf’s groundskeeper Andre (Robert Burnier). Lucie likes Yvan, but when he persists in calling her ‘Ophélia,’ she makes it clear that his crazy behavior makes their future doubtful. Yvan insists that the situation is what’s insane. When Laurence Olivier’s 1948 Hamlet plays in the village, he decides how to entrap his mother and stepfather. He makes a film with the local bargirl Ginette (Liliane David) and a novice gravedigger (Sacha Briquet) and announces his cinematic achievement at home. Thinking that Yvan has decided to bury the hatchet, Adrien invites all of the family’s friends to a dinner and premiere party. Will the scheme unmask the murderers?

Ophélia takes place in a small village as did Chabrol’s superior drama Le beau Serge. The setting is similar, but the tone of this Shakespeare adaptation isn’t as naturalistic. The alignment with the classic play makes events seem too rigid, even when Chabrol undercuts his source. We’re certainly curious to see how things turns out, but the little suspense offered is of the uncomfortable social awkwardness variety. We appreciate the interesting way Chabrol reinterprets the conclusion, with a different take on guilt and culpability. Many of Chabrol’s later stories would express the anxiety of innocent characters that nevertheless feel guilty.

Scholars analyzing Hamlet love to reinterpret the character. Chabrol’s Yvan Lesurf is a wholly unlikeable jerk, an officious, self-important signeur who feels entitled to dish out familial insults and abuse as it suits him. Despite the fact that he never brings his suspicions out in the open, he’s convinced beyond a shadow of a doubt that his gentle mother, a lady who prays on her knees every night, colluded in a capital crime. Uncle Adrien likes to read romantic poetry to Claudia, which Yvan cannot abide; he spoils the mood by playing something loud and dissonant on the piano. But Yvan also insists on pelting Lucie with constant poetic blubbering. She appreciates the attention but worries that Yvan is more than a little bonkers. When he causes crazy scenes and infuriates her father, she says right out that he may be insane. Lucie is the only really rational person in the story. Presenting Hamlet this way reminds us of Orson Welles’ interpretation of Kafka’s The Trial, where Anthony Perkins’ harassed hero ‘K’ is similarly unpleasant and selfish. 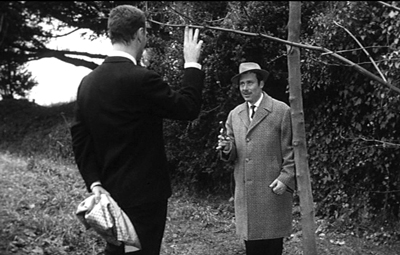 Yvan cozens and bullies three locals into acting in his rudimentary play, following the original play’s example of framing an accusation as a theatrical artwork. Yvan plays piano and narrates for his own premiere. The show unspools like a silent movie, all acted from one camera position in front of a painted backdrop. It has the intended effect upon Adrien and Claudia, but does it prove anything? Adrien asks Andre to start shadowing Yvan, to see what he’s up to. With Andre, the unpredictably malicious Yvan and the bored armed guards all prowling about, anything can happen. 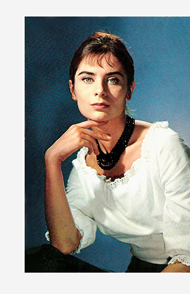 Chabrol opens Ophélia with misty shots of the Lesurf fields lying fallow, and favors occasional artsy images. A trio of snared crows hanging dead seems to bode ill will. One corpse ends up high in a tree, to a decidedly strange effect. Yvan takes long walks, either talking to himself or regaling Lucie with his hateful resolutions. He’s taking the Lonely Knight of Justice role far too seriously, and is two-faced to everyone, including her. The social angle shows the Lesurf / union conflict to be a lame state of affairs. There is no violent protest, and Yvan Lesurf can wander where he will night and day without a problem, so the biggest danger are the unmotivated, bored security guards, one of whom is a loose-cannon half-wit.

As is frequently the case with star Alida Valli, she fits the part well yet plays it mostly with her eyes. Neither her Claudia nor Claude Cerval’s Adrien play their roles in typical whodunit fashion, a given in Chabrol movies. Neither can be caught making furtive eye movements, or acting ‘insincerely innocent.’ Because Ms. Valli doesn’t project a strong sense of warmth, we just have to wait it out to find out if she’s guilty.

Both Alida Valli and Juliette Mayniel receive star billing in the credits, reminding us that they had recently played together in the great Eyes without a Face. Mayniel’s Lucie is the only character that seems free to stretch her behavior beyond a narrow range. With her beautiful eyes, Lucie is also the most visually rewarding on-screen character, even though she takes little action in the plot.

The interesting resolution reshuffles Hamlet to make a more than satisfactory point, but I’m not sure I cared enough for Yvan Lesurf to make it matter. André Jocelyn had small parts in a couple of Chabrol’s earlier pictures, but the character he plays is utterly charmless. If Adrien took a vote to have the erratic heir put under psychiatric observation, everybody would want him out of the way.

Chabrol fans snap up his work, and Ophélia ought to give them more food for thought. I’m sure there are more examples, but the other transposed movie Hamlet I’m aware of is the odd Edgar G. Ulmer effort for PRC, 1945’s Strange Illusion. Taking place in a slightly foggy Andy Hardy- type landscape, Ulmer’s film envisions Hamlet as an irritatingly naive teenager, an Archie Andrews with fantasy ideas about his own mother. 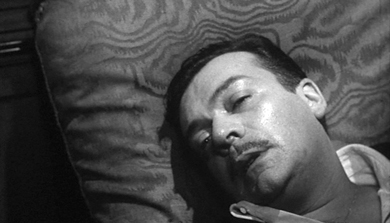 Olive Films’ Blu-ray of Ophélia is just what Chabrol fans want, an accurate scan with a perfect picture and sound. One reason I didn’t see more foreign pictures in the past is that the early VHS and early DVD copies were typically so poor. This Gaumont-sourced B&W transfer picks up every nuance of scenes in the hazy woods. The close-ups of Juliette Mayniel look just as good as the tempting production stills that pop up from time to time.

An original French trailer is included; it has no English subtitles. It would be a very welcome thing indeed, if more French pictures of this vintage arrived in equal quality.