In one of those strange confluences of life, death and documentary art, last week the world lost Muhammad Ali, humanitarian, devout Muslim and near inarguably the greatest boxer of all time (even if that assignation was initially self-proclaimed), just at the moment when the discussion about the life of yet another celebrity athlete, O.J. Simpson, is about to heat up yet again. Tonight ABC airs the first of the five-part documentary O.J.: Made in America, a seven-and-a-half hour undertaking commissioned for ESPN’s 30-For-30 series that truly fulfills the expansive definition of an epic, and filmmaker Ezra Edelman makes every one of his documentary’s 450 minutes count. 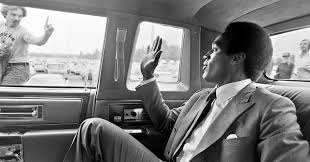 The first two hours of O.J.: Made in America are devoted not just to Simpson’s formative life in the San Francisco projects and his rise to football stardom at USC, but also to painting a vivid picture of African-American life in Los Angeles in the days leading up to the Watts Riots of 1965, a detailed, frustrating and often agonizing portrait of a racial history that provides one aspect of the vast context in which the persona of O.J. Simpson was shaped. Edelman illuminates a crucial contrast between Simpson, the popular USC running back living it up on a primarily white, moneyed campus, and the reality of the more typical African-American experience in Los Angeles in the 1960s which was taking place only a few blocks from where Simpson was being groomed for NFL stardom. Economic and racial prejudice, police brutality during the William H. Parker era of the Los Angeles Police Department, and the scramble simply to maintain a modicum of dignity in the face of a dominant white social structure which regularly, violently insisted that none was deserved, was the reality faced by those who couldn’t gracefully scramble down a field and rack up record yardage for a storied university football program. (One of the saddest threads that emerges early on in the film is in accounting the degree to which African-Americans eagerly moved from strife-plagued areas of the South in the ‘50s and ‘60s to Los Angeles in search of the sort of racial and economic equanimity that eluded them in their home states, and how quickly that optimism was snuffed out.) 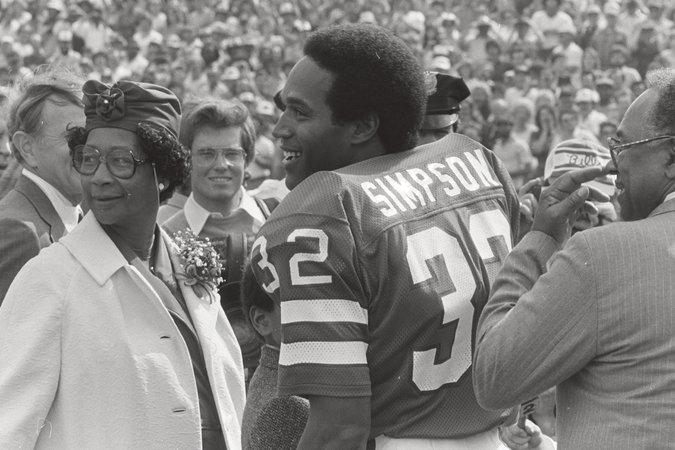 Yet O.J. Simpson emerged from being surrounded by it all (and deftly protected from it all), early on largely achieving acceptance in (white) world of celebrity. He was the first African-American advertising spokesman for a major company—Hertz rental cars—who was perceived as being effective not just with blacks but across the racial board. And he was liked by just about everybody he encountered, black or white, all of which was, of course, the underlying presumptive goal of his personal socio-philosophic mantra: “I’m not black, I’m not white. I’m O.J.” One of the most unsettling accounts of Simpson’s perspective occurs early on in the film, recalled on camera by New York Times sports reporter Robert Lipsyte, who remembers Simpson, not yet 22 and waiting to sign his rookie pro contract after leaving USC, hanging out in a Manhattan bar waiting to meet up with one of its owners, Joe Namath, the hero of the most recent Super Bowl.  Lipsyte was one of a large entourage surrounding Simpson that night and talked to Simpson about his plans, including his negotiations with the Buffalo Bills, his upcoming entrance into the advertising world and his hopes for the TV and movie roles that would come as a result of his career as a football pro. At one point, in talking about the things he’d so far achieved in his young career, Simpson offered up with pride, “I was at a wedding, my wife and a few friends were the only Negroes there, and I overheard a lady say, ‘Look, there’s O.J. Simpson and some niggers.’” Lipsyte takes a breath on camera and says, “I knew right then he was fucked.” 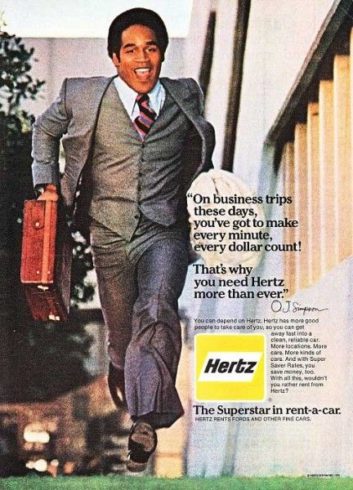 The early sections of O.J.: Made in America make it clear just how separate Simpson intended to be from the black community which took such pride in his acceptance and achievements, and that separation went beyond securing a life of fame and riches with Hollywood always foremost in mind. Muhammad Ali’s refusal to be conscripted into the Vietnam War, and the nimbly articulated reasoning he offered, which was grounded deeply in not only his racial but also his religious experience (“The real enemy of my people is right here. I will not disgrace my religion, my people or myself by becoming a tool to enslave those who are fighting for their own justice, freedom and equality”), provides an illuminating contrast to Simpson’s refusal to politicize his image. While Ali took his controversial stand, which resulted in his arrest and conviction for draft evasion, the rescinding of his Olympic gold medal, the stripping of the heavyweight title he won by defeating Sonny Liston in 1964 and a three-year ban from professional fighting, Simpson refused to join other black athletes such as Bill Russell, Kareem Abdul-Jabbar and Jim Brown in public support of Ali’s decision. While he professed to understand the importance of Ali’s position and the need to provide support for everyone in the black community, Simpson continued to make it clear that their fight was not necessarily his fight: “What I’m doing is not for principles or for black people. I’m dealing first for O.J. Simpson, his wife and his baby.”

That, having heard such a philosophy expressed openly, blacks could have remained as supportive of O.J. Simpson as his life took an infamously surreal turn into ugly violence in Brentwood, California in June 1994, is one aspect of the mystery of O.J. Simpson upon which Edelman’s film, with its grounding in the racial inequity and violence at the hands of the Los Angeles Police Department, sheds plenty of welcome light. However obvious the evidence may have been against him, however bungled by prosecution the apparently slam-dunk case ended up being, the Simpson verdict was perceived by many blacks across the nation, according to the evidence and testimony accrued in Edelman’s film, as a huge emotional release, payback to a system that repeatedly failed to provide justice for the likes of Eula Love and Rodney King.

And it’s to Edelman’s credit that a conclusion like that one has its place in the context of the larger conversation O.J.: Made in America engenders, neither summarily dismissed nor thoughtlessly endorsed but instead woven into the expressive, reverberating fabric of this unusually evocative, angering and enlightening work. If the movie never finds as much room for contextualizing Nicole Brown Simpson as someone other than a victim of an inevitable tide of domestic abuse in the way that Los Angeles’ racial history does for Simpson himself, then the humanizing empathy Edelman displays for her certainly suffices. (The awful finality of her fate and that of Ronald Goldman is displayed here in horrific crime scene photographs I’d spent 22 years avoiding.) O.J.: Made in America unfolds with masterful certainty and illuminating power, delineating the mind-boggling path toward a third act in the life of a man who many, even some of his staunchest supporters and friends, now believe must have commit those heinous murders, a third act which surreally nose-dives into Vegas decadence, petty crime and, yes, even perhaps one more dose of payback for crimes left unpunished.

Though it was conceived as a TV series, with the remaining four parts airing on ESPN after tonight’s bow on ABC, I think of O.J.: Made in America as a movie because that’s the way I saw it. I was lucky enough to be able to attend the very last theatrical screening of a week-long, Oscar-qualifying engagement in Santa Monica a couple of weeks ago, and seeing it that way was one of the great movie-going experiences I’ve ever had. The auditorium where I saw it, with a capacity of 27 people, was about half full, and during the film’s two intermissions there was a palpable need for us all—the 14 or so of us in attendance were pretty closely divided between black and white– to turn to each other and discuss what it was we were absorbing. (By the end of the movie’s second section, that screening had begun to take on the quality of a very lively town hall meeting.) Sometime during the first hour, immersed in the sort of rich detail and intelligent commentary that would be a hallmark of Edelman’s film, I felt energized, excited, relieved to be in the hands of a documentary so dedicated to taking its time and creating the proper context for understanding how the phenomenon, and then the tragedy of O.J. Simpson could have happened in the first place. Seeing it in one go in a theater was not unlike the way people now routinely binge-watch programming, documentary or otherwise, on Netflix or DVD in the media-saturated 21st century, only with fresh popcorn and the company of strangers, which definitely helped ameliorate the desperate sense of a hopelessly fragmented society that the film pointedly examines. If you can stand the wait and have the technology available, I recommend recording the entirety of the series over the next couple of weeks and saving it for a weekend afternoon when you can watch it all at once. But either taken all in one sitting or seen in segments, O.J.: Made in America is made to overwhelm you and invigorate you. It’s going to be hard to top this one for movie of the year, in whatever form it is seen.