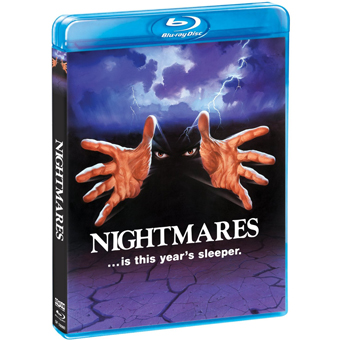 Nightmares is a low-wattage ’80s horror omnibus remembered fondly by kids from that era. Many assume that it was made from un-aired TV episodes of a 1981 TV series called Darkroom. The IMDB continues to state that as fact, when the show was actually a separate TV movie that wads promoted to feature status. The movie certainly has names to attract the interest of horror fans. Joseph Sargent is about as good a director that could be found at the time; his talent can be appreciated in Colossus: The Forbin Project and The Taking of Pelham One Two Three. Writer Jeffrey Bloom did the screenplay for 11 Harrowhouse and writer-producer Christopher Crowe worked with Michael Mann on his 1992 The Last of the Mohicans. Actors Cristina Raines, Emilio Estevez, Lance Henriksen, Richard Masur and Veronica Cartwright always turn in good work. But there’s very little of merit in Nightmares. The individual stories are too undeveloped and inconsequential to hold one’s attention, and the special effects are sub-par as well. The show comes off as more of a deal on paper than a movie that anybody cared about to any great extent. 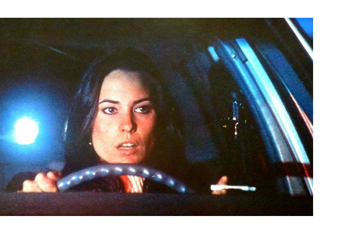 The first three stories are written by producer Crowe, and the last and longest by Jeffrey Bloom. Unlike the popular Amicus pictures, no wraparound story ties them together; they each simply begin with a fade and a title. Craig Safan’s consistently good music score aids an opening title sequence, but the imagery is generic — a pair of demonic eyes glares at us from beneath a storm cloud, and above a rolling desert landscape.

The first episode Terror in Topanga is the least substantial chapter in the quartet of stories, barely seventeen minutes in duration. It does have a committed performance by Cristina Raines, whom Crowe would marry three years later. The slight story — or more accurately, situation — presents little for director Sargent to work with. A woman in Topanga Canyon needs her cigarettes so much that she drives down to Malibu even though the news is trumpeting warnings about an escaped lunatic killer. No suspense is generated, our heroine is in real danger for less than thirty seconds, and the twist ending is a perfunctory nothing. As in all four episodes the cinematography, physical production values and Sargent’s direction are okay. Ms. Raines’ laudable reputation remains with Robert Altman’s Nashville and to a lesser extent Ridley Scott’s The Duellists. 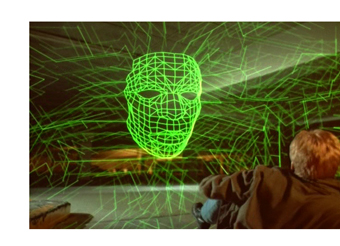 The second episode Bishop of Battle at least has a story, but it’s far too sketchy and predictable. Valley video arcade ace JJ.J. Cooney (Emilio Estevez, about the time of his breakthrough in The Outsiders hustles some downtown L.A. arcade players. Arrogant with his friends and his local arcade manager, he disobeys his parents to sneak out to conquer the arcade game of the title, and gets more than he asks for when he finally breaks through into the legendary “level 13.” Unfortunately, the conclusion is obvious going in. The digital effects to simulate arcade graphics run amuck, are busy but unimpressive. Several movies of the early 1980s tried to make a ‘thing’ out of video games, which were definitely the rage of those years — the one time I visited Amblin’ Entertainment, I interrupted Steven Spielberg playing one of several games that lines one wall of his office. But there’s no way to generate excitement from a guy punching buttons while ‘stuff’ happens on a TV tube — it’s just not cinematic. Somebody just pitched the idea, ‘video game from hell,’ and the suits at Universal fell for it. “You know, for kids!” 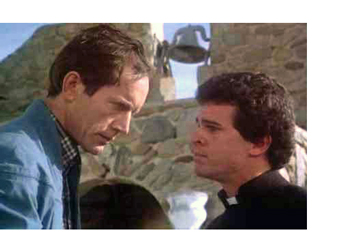 Episode three, The Benediction, is a terrible idea graced with an impressive performance. Despite being excellent in any number of roles (including The Right Stuff, released the same year) Lance Henricksen took a long time to achieve middle-level stardom. Here he’s Father McLeod, a priest having a crisis of faith in a desert parish, partly motivated by the death of a child. McLeod’s pain is well observed; with his soulful, tortured eyes we can imagine Henriksen being great in a remake of Buñuel’s Nazarin. Again, the story choice is pitiful. What we get is basically a conflation of Diary of a Country Priest and Spielberg’s Duel. When McLeod abandons his church, his car is overtaken on a desert back road by a black pickup truck from Hell, complete with an inverted cross hanging from its rearview mirror. It’s disheartening to think that this lame idea was the basis for the green light given Nightmares by Universal. Again, although everything is competently directed, the story material is just too weak. The physical stunts with the demon truck belong in an episode of The Rockford Files; the truck erupting from underground looks like it wandered in from Tremors. The big thrills in Nightmares are pale imitations of content in Tron and Road Warrior. 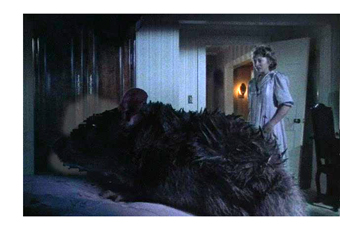 The final and longest episode Night of the Rat is dumber than a bag of gophers, yet generates the most viewer interest through a halfway interesting dramatic situation. Of the four stories it’s the only one that even tries to create sustained dramatic scenes. Housewife Claire Houston (Veronica Cartwright) is bullied and belittled by her insensitive husband Steven (Richard Masur), who dismisses her concern with a bizarre vermin infestation in their attractive house. Steven becomes borderline abusive about the issue, even as the cat disappears and outrageously destructive rat-holes prove that no ordinary rats are involved. The acting is so good that we don’t mind that the Houstons remain in a house crawling with dangerous super-vermin. Jeffrey Bloom’s screenplay presents a dramatic situation with enough depth to suggest that the infestation literally gnawing at the walls might represent the tension in the Houston marriage — Steven harbors enough sublimated hatred for Claire that we wouldn’t be surprised to see her morph into a monster rat herself and take revenge. Unfortunately, the menace is a muddle. The episode can’t decide if this rat just a monster, or a supernatural origin. And what’s this business with the Houston child’s sudden ESP intuition of the rat’s motives?

Masur is faultless as the unlikeable father, while Ms. Cartwright uses her standard watery-eye / runny nose thing to much better effect than usual — she’s clearly summoning all of her strength NOT to stab her husband with a potato peeler. The segment builds to an okay showdown finale, but falls apart when the Universal Optical department gives us a traveling-matted monster so shoddy, Bert I. Gordon could have done a better job. One or two effective shots work by showing little more than a pair of rat eyes glowing in the dark, but otherwise this is one really feeble movie for special effects.

Fortunately, Masur and Cartwright are major compensations. If the good actors appeal, Nightmares may be worth a spin. Otherwise it’s for nostalgia-driven fans of tacky ’80s horror efforts. 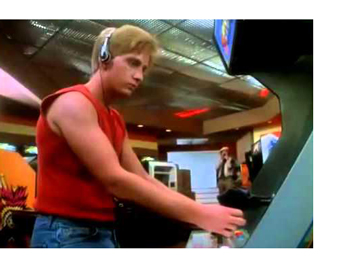 Scream Factory’s Blu-ray of Nightmares presents this attractively filmed feature in both a theatrical widescreen aspect ratio, and a pillarboxed flat version for viewers that want an approximation of the way it looked on cable TV (but with much better color). An original trailer is included, and the show carries English subtitles.

The audio commentary brings back Shaun K. Chang and Cristina Raines, who last September joined for a talk-track on Michael Winner’s The Sentinel. With them is the executive producer of Nightmares Andrew Mirisch. It’s a light commentary. Chang is well prepared and keeps the questions coming; when Mirisch doesn’t have a real response, he’ll just offer a pleasant statement about somebody in the cast. The two of them do put to rest the common misconception about the movie being sourced from rejected TV episodes, but we can well understand why that falsehood has persisted. Ms. Raines is a pleasant and cooperative interviewee; she clearly likes Chang and enjoys hearing him laugh. Her memories of the brief shoot are clear, and more positive than her awful experience on Winner’s horror opus. As Raines knows many of the other actors and eventually married the co-writer-producer, she also has meaningful input for the other three stories. All in all, there’s more of interest to be heard about his show than I would have thought.