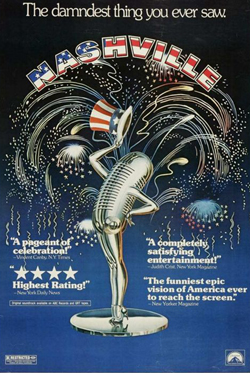 Shot mostly in sequence with entirely on-set sound recording, this free-form metaphor for American society circa 1975 is one of Robert Altman’s most acclaimed and yet controversial projects. Susan Anspach was originally cast in the Ronee Blakeley role and Robert Duvall turned down the country star role that Henry Gibson played–the jury is out on whether Duvall could have written his own songs as Gibson did. Keenan Wynn was the only cast member who adhered to the script as written.