Spotlight more or less ran the table at the Independent Spirit Awards last Saturday night in Santa Monica, picking up honors for Best Feature Film, Best Director, Best Screenplay and Best Editing, as well as the Robert Altman Award for best ensemble cast. Brie Larson picked up yet another trophy for her great performance in Room, and Son of Saul, as expected, won for Best International Film. But this year the Independent Spirit Awards weren’t just a liquored-up predictor of what would happen the following night at the Dolby Theater in Hollywood. Whether or not Spirit voters took it as their charge to pointedly honor the diversity that was so lacking in the roster of Oscar nominees this year, few could find fault when both Abraham Attah (Best Male Lead) and Idris Alba (Best Supporting Male) for Beasts of No Nation, and especially Mya Taylor from Tangerine, took to the stage to accept their honors. Taylor is the first transgender actress to win a trophy at the Independent Spirit Awards for her movie, which also went up against Anamolisa, Beasts of No Nation, Carol and Spotlight for Best Feature Film.

And how about those Oscars, huh? They went exactly as I predicted, didn’t they? Well, no, not exactly. I actually did a little bit better in my office Oscar pool than my picks published here last week would indicate, thanks to a little last-minute futzing and fudging on my ballot. But I still wasn’t even within sniffing distance of the eventual winner—my wife!—who had the clairvoyance to go against the odds and pick Spotlight and Mark Rylance for Bridge of Spies when everyone else in the pool bolted for The Revenant and Sylvester Stallone. My one moment of glory: I stuck with Ex Machina for Best Visual Effects against those four other big guns and was rewarded with a brief moment’s delusion that I actually had a chance to take home the 50 bucks for myself this year. But it was not to be. Nor will; it probably be next year either. Such is my own Oscar night narrative, one that has been playing out with remarkable consistency ever since I initiated my first Oscar pool around 35 years ago. (I’ve won once in all those years!)

But if one thought that the awards season had been concluded with last Sunday night’s glittering ceremony, one would be wrong. There are still the announcements, coming tomorrow, of the annual countdown to the winner of the Muriel Awards honor for Best Film of 2015, and that’s the award I always look forward to the most.

In case you missed it when I mentioned them last week, the Muriel Awards have, for nine seasons now, gathered a wide-ranging, eclectic and smart group of essayists, most of whom don’t have a regular paying gig at a magazine or Web site, to cast votes and wax poetic and otherwise on the year’s finest achievements. Our results almost never resemble the usual year-end award show lineups, though there can be some cross-over, of course. But the Muriels, not beholden to any corporate interests or political influence in the voting, have always seemed to me the most diverse of any awards I know of when it comes to actually shining a light on the wide range of films that are out there every year, the ones situated squarely in the spotlight as well as the ones operating with their own rules and sensibilities on the fringes of, and sometimes far outside the boundaries of popular awareness.

Why “Muriel,” you ask? Well, cofounders Paul Clark and Steven Carlson hatched the idea of a poll-based award for themselves and a bunch of their film-savvy friends during an intermission at a screening of Jacques Rivette’s Out 1 in December 2006. They both warmed quickly to the notion and began compiling names to invite for the year’s first ballot. But what to call this prestigious new award? I’ll let Paul Clark tell that story:

“One thing we didn’t have yet was a name. When I first sent out the ballots, I actually included a space in which the voters might suggest a name under which we could operate – after all, an (INSERT NAME HERE) Movie Award just wouldn’t have much mystique, y’know? However, when the ballots started coming in, there were no suggestions that really sounded right. I somewhat hastily began brainstorming for something that if nothing else might serve as a temporary name until the right name came along, and I settled on the name of my guinea pig, Muriel. I ran this by the other voters and was surprised by how positive the reaction was, so it stuck.”

And why not?  Muriel (who died a couple of years after the award was named after her) is certainly as dignified (and cuter) than Uncle Oscar, and if we had a trophy it’d stand a good chance of being prettier than that weird-looking bucket of metal popcorn they hand out at the MTV Movie Awards.

I’ve been a Muriels voter ever since the award’s inception in 2006, one of only seven writers (Jason Alley, Kent Beeson, Andrew Bemis, Steven Carlson, James Frazier and Mark Pfeiffer are the others) who can make such a grandiose claim. And in composing a gallery of Muriel memories dedicated to each year of the awards, Clark also details how the roster of Muriels voters was expanded and made international, insuring the individuality and unpredictability of the Muriels could be sustainable as a long-term feature of the award, as well as ensuring that the annual round-up would be a consistently excellent and worthy addition to a crowded and often not so ambitious field of Internet film writing.

So what’s up with Muriel vis-à-vis the films of 2015? Here’s where we stand as the best films of the year wait in the wings to be announced beginning tomorrow: 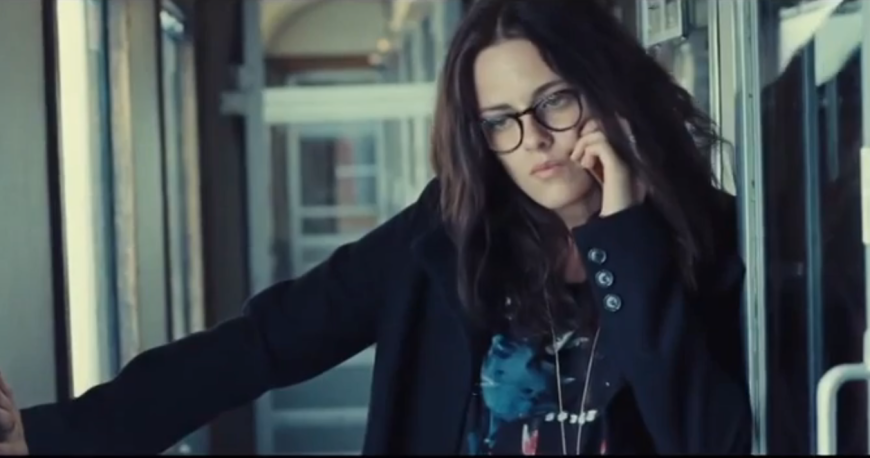 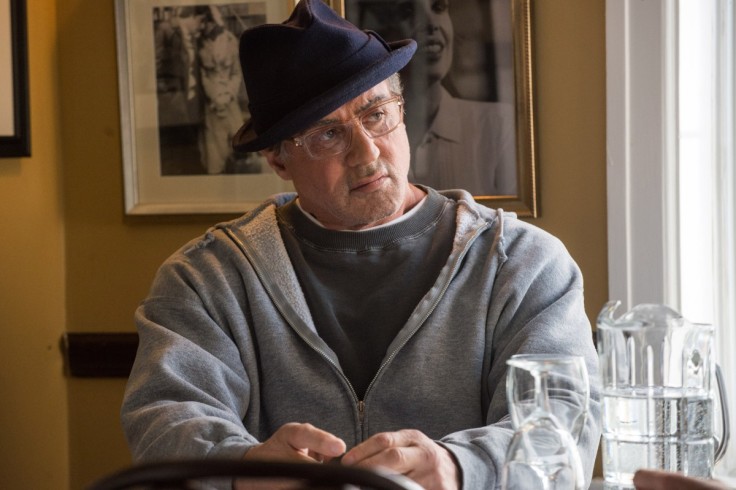 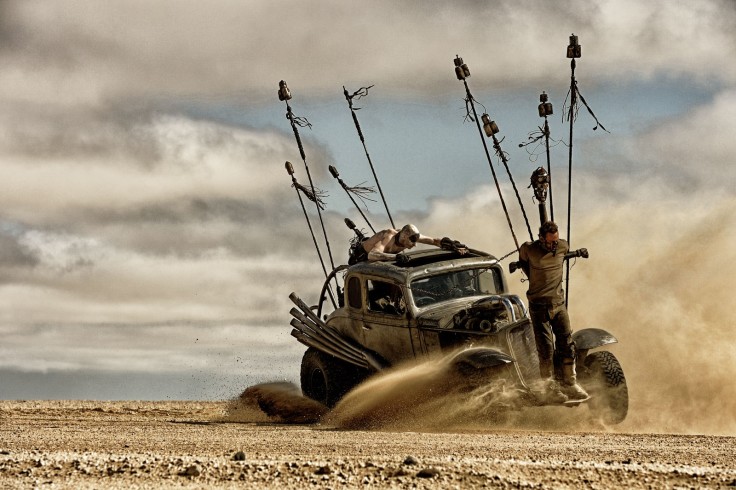 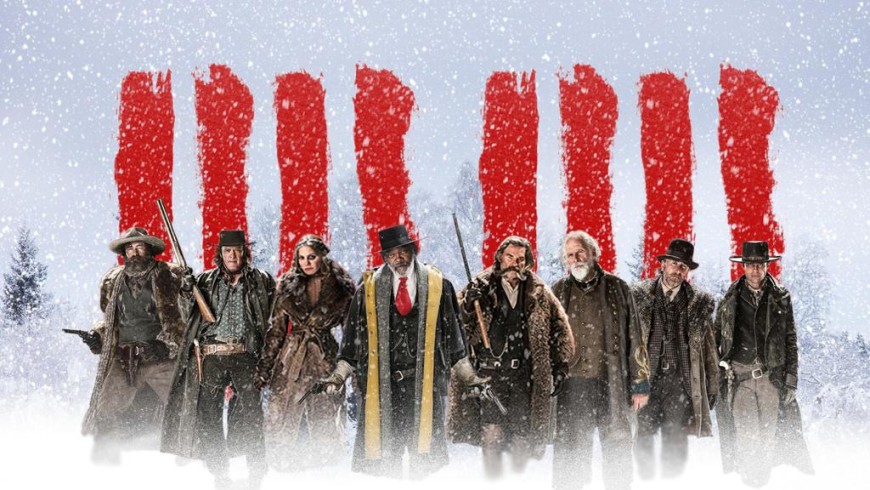 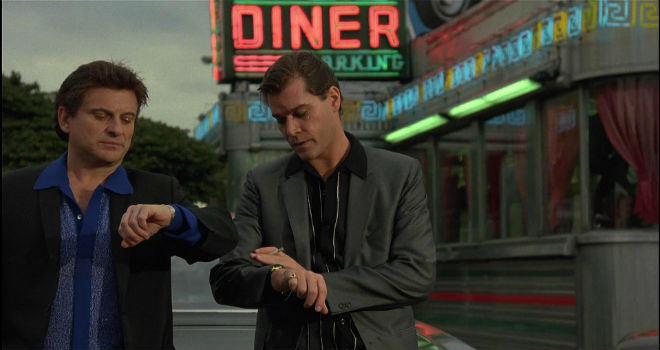 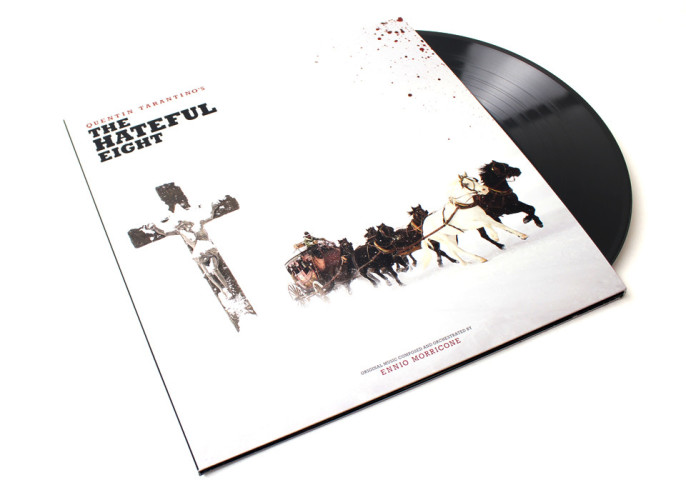 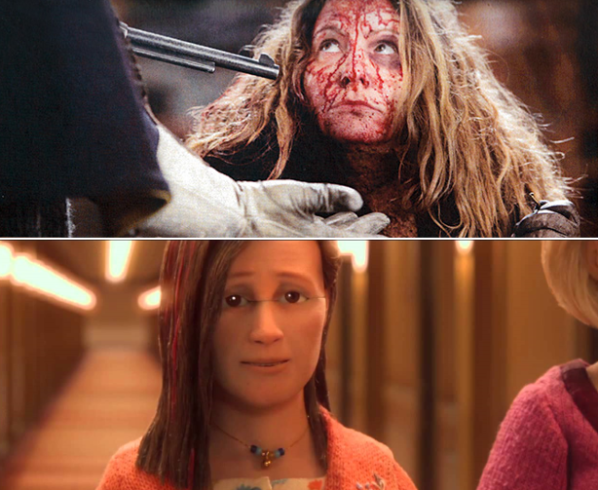 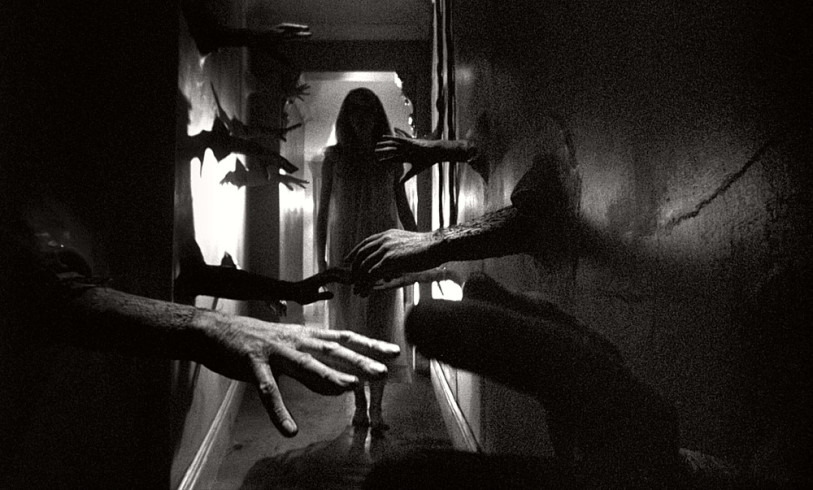 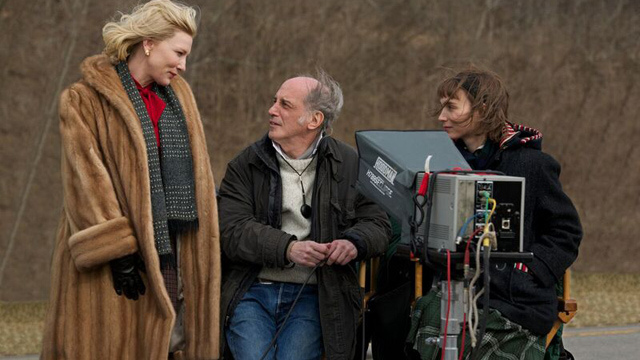 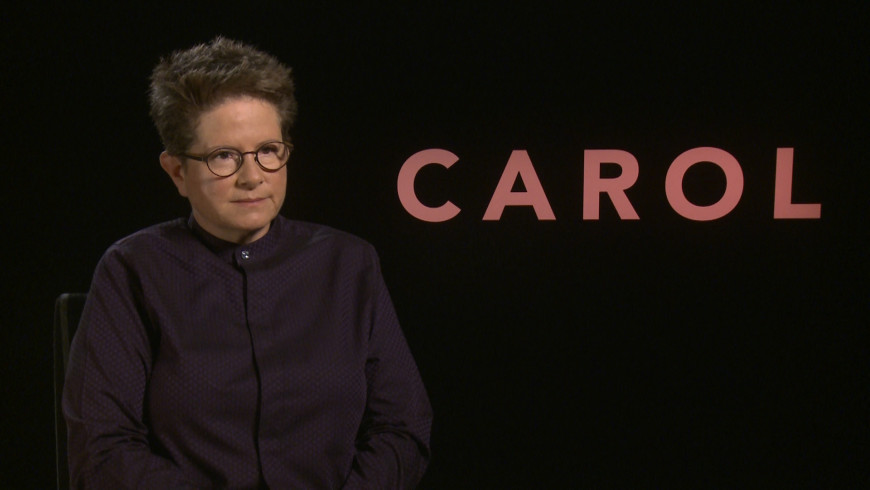 Best Cinematic Moment: Third place, Sicario (“There and back again: a border crossing tale”); second place, Magic Mike XXL (“How much for the Cheetos and water?”); and the Muriel goes to… “Speak Low,” the final scene from Phoenix. (Essay by Dennis Cozzalio) 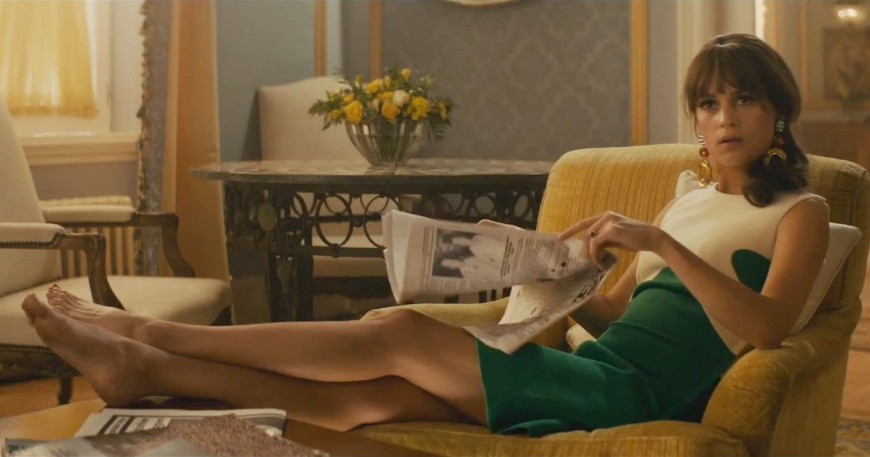 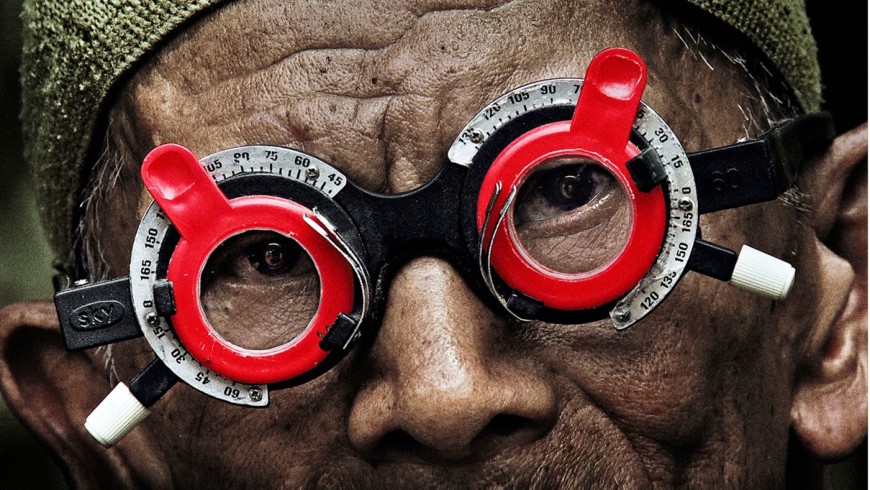 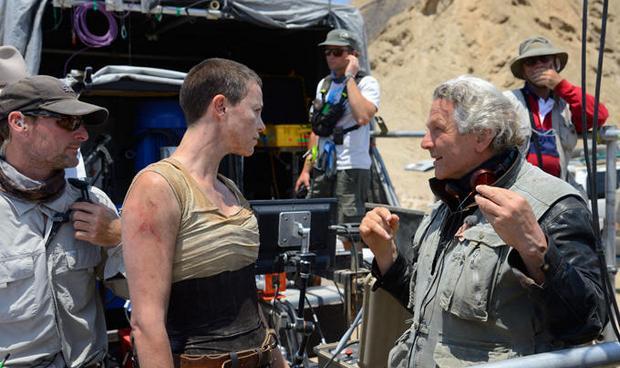 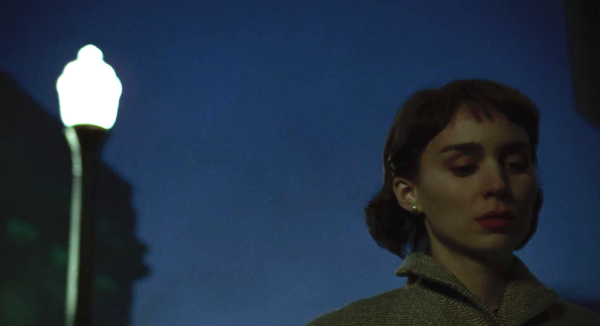 Yet to be announced today is the winner of the Muriel Award for Best Lead Performance, Male. And then on Sunday, the countdown to Best Picture, updated throughout the day with a truckload of new essays from Muriels writers dedicated to their favorite movies of the year. In addition to my piece on Phoenix’s devastating finale (linked above), I’ll have something to say about Lenny Abrahamson’s Room, my pick for the best movie of 2015 (in a neck-and-neck race with Chi-raq), as well as one of my other favorites of the year, one that didn’t make too many ripples on ten-best lists, Guy Ritchie’s marvelous The Man from U.N.C.L.E.