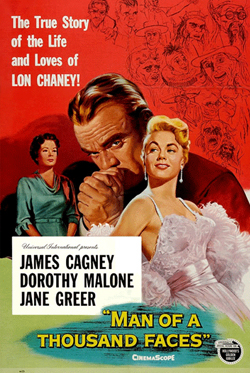 Man of a Thousand Faces

For their 1957 “Silver Jubilee”, Universal offered this occasionally accurate biopic of its biggest silent star, Lon Chaney, as portrayed by the always reliable James Cagney. At the personal request of his widow Norma Shearer, producer Irving Thalberg is played by fledgling actor Robert Evans in his second film role before later becoming a Hollywood mogul himself.

Rick Baker
on
Fiend without a Face
1958 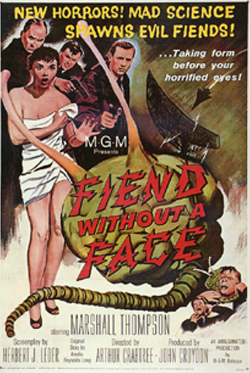 Rick Baker
on
How to Make a Monster
1958 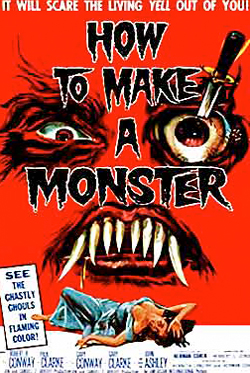 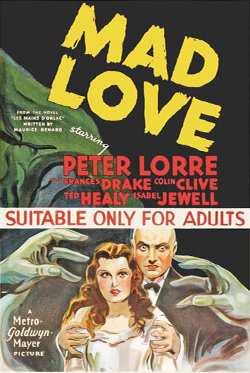 Rick Baker
on
I Was A Teenage Werewolf
1957 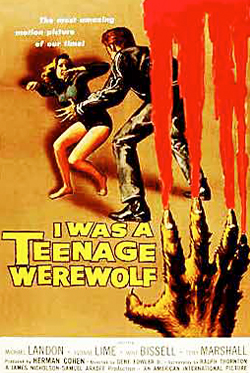 Rick Baker
on
The Time Machine
1960 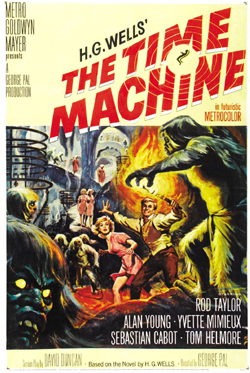 Rick Baker
on
The War of the Worlds
1953 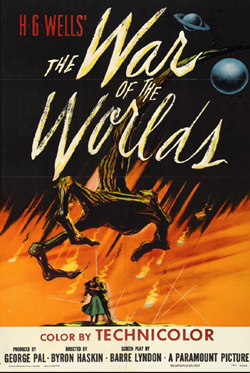 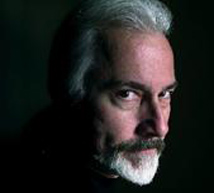 Rick Baker blames growing up in front of a television and Famous Monsters of Film Land for the turning him into the strange man that he is today. He turned his interest in monsters and the grotesque into a profession and became a special make-up effects artist.  His award-winning film work includes An American Werewolf in London, Ed Wood, The Wolfman Men in Black, How The Grinch Stole Christmas and The Nutty Professor, to name a few. He loves classic and not so classic horror movies.