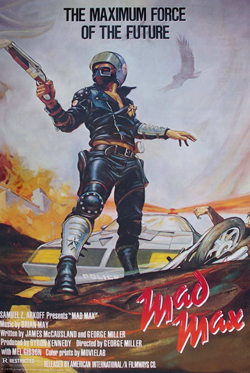 Medical doctor George Miller teamed with amateur filmmaker Byron Kennedy to make this action-packed dystopian car crash saga on a shoestring budget. Inspired by the 1973 oil crisis, its violent depiction of a bombed-out society became a top-grossing Australian commercial hit, but ran aground during limited distribution in the US. AIP, on its last legs as a distributor, decided to redub all the Aussie dialog with American actors and phrases, which curtailed its playability. Nonetheless it was popular enough to spawn a bigger-budget sequel and call attention to actor Mel Gibson in his first lead role.