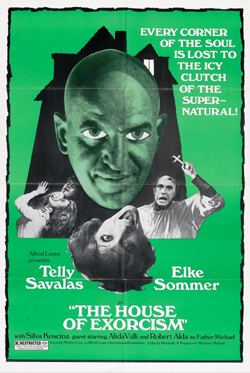 Lisa and the Devil

A career high– and low– point for director Mario Bava, who was finally allowed to create a film entirely to his own taste with no interference from above, only to see it discarded when his original version proved too offbeat to attract a distributor. He never lived to see his cut rescued from the ash heap, believing it would be forever replaced by House of Exorcism, heavily revamped and recut with an added framing story ripped off from the much-imitated Friedkin film. But thanks to home video Bava’s original is now in circulation, though usually offered in tandem with its crass counterpart.