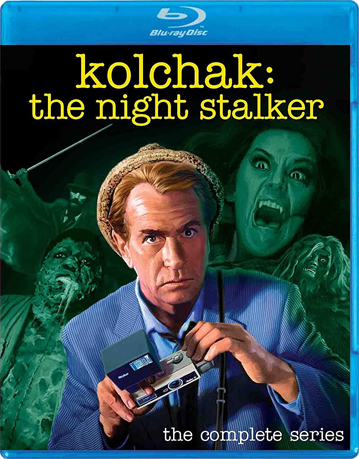 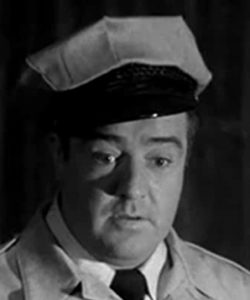 “I saw what I saw when I saw it.” That was the mantra of Wilbur Grey, an anonymous shipping clerk who made a habit of bumping into some pretty famous monsters. As with most cautionary tales, no one will believe Wilbur about his strange encounters until it’s too late. Carl Kolchak, a beat reporter for Chicago’s Independent News Service, is stuck in the same boat; it seems that toddlin’ town is not only the City of Big Shoulders but Big Monsters—and they have a habit of playing in Kolchak’s backyard. 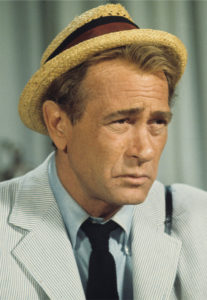 The newsman made his debut in the early ’70s when producer Dan Curtis parlayed Jeff Rice’s The Kolchak Papers into two television movies, 1972’s The Night Stalker and 1973’s The Night Strangler. Both broadcasts dominated the competition so what happened next was inevitable; on a Friday night in the fall of 1974, Darren McGavin brought out his distinctive seersucker suit and straw hat—his own version of a superhero’s costume—for a weekly monsterfest called Kolchak: The Night Stalker. With his vintage apparel and world-weary humor, Kolchak might have seemed better suited to a ’30s newsroom farce—but it was a fitting moment for this particular newshound to return to the scene of the crime.

It was an era marked by conspiracies and cover-ups; investigators spent most of their time digging up dirt on the rich and famous only to have that dirt swept back under the rug or thrown in their face. Though sometimes justice prevailed—Nixon had just resigned in prime time—the movie houses told a different story; things were not what they seemed in The Conversation and paranoia ruled in The Parallax View, but it was Jake Gittes’s thousand-yard stare at the finale of Chinatown that summed up the melancholy mood of the moment. It was a perilous time to be a hero and Kolchak knew that better than anyone; each week he ran into a different creature and each week he alone was left to tell the tale. In all fairness, it was a tale that no one in their right mind would believe.

It was an ambitious notion to turn Kolchak’s adventures into a weekly series and writers like The Sopranos‘s David Chase, Hammer Studio vet Jimmy Sangster, and The Rockford Files‘s Rudolph Borchert, took pains to keep the concept fresh even though it remained essentially the same show week after week; an out of the ordinary murder is recorded, police or politicians cover it up, and it’s left to Kolchak to nab the guilty party, invariably a denizen from  the netherworld. 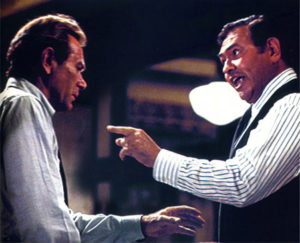 Simon Oakland, the unruffled psychiatrist from Psycho, does a U-turn as Kolchak’s comic-relief boss Tony Vincenzo, a hot-tempered, ulcer-prone editor whose mission is to ignore his reporter’s weekly run-ins with the supernatural. For a 50 minute show there’s a lot of action and even some ad-hoc ingenuity. Though most of Kolchak was filmed on the Universal lot, the sights and sounds of the Chicago exteriors are a treat, especially for those with sentimental attachments to the city’s illustrious avenues and lakeside views.

Though more than a few episodes were tripped up by cartoonish acting, crude direction, and sub-par monster make-up (no wonder authorities couldn’t be convinced they were real), all was not lost. Kolchak’s run-ins with the boogie men have a rowdy, homegrown energy and the storylines can be outlandishly inspired even if the filmmaking is not. The Spanish Moss Murders, directed by Gordon Hessler, is a prime example; a sleep deprivation experiment goes awry and gives birth to a towering nightmare known as the “Paramafait,” a bone-breaking Cajun legend covered in Louisiana moss. Kolchak seems to  have a knack for tracking down these beasties and his watery showdown with the monster raises some knee-deep hackles. 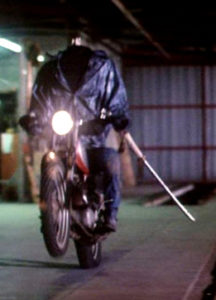 The Night Stalker finds its sweet spot when it embraces the grindhouse chutzpah that made 42nd Street a Mecca for thrillseekers—the more preposterous the thrills, the better; in The Devil’s Platform, a satanic pact transforms an ambitious politician into a dog. A frequent writer for Alfred Hitchcock Presents, Bill Ballinger’s Firefall stars Fred Beir as a possessed symphony conductor using spontaneous combustion to destroy his enemies. And working from a story by future hot-shots Robert Zemeckis and Bob Gale, Chase and Steve Fisher (Destination Tokyo) wrote the teleplay for Chopper about a headless biker who’s decapitating his victims in the search for his own skull (despite the efforts of those talented scribes, the ghostly motorcyclist is a risible apparition, you have to wonder why his victims didn’t die laughing). 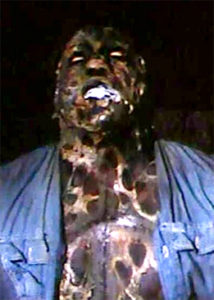 Chopper was emblematic of a series that showcased veteran Hollywood players to spice up the proceedings. Jim Backus, Jesse White, and a fairly subdued Jay Robinson (the unsubdued Caligula of The Robe), all pop up in Chopper and the great Phil Silvers stars in one of Kolchak’s creepier tales, Horror in the Heights, Sangster’s story about a monster that takes on the shape of a loved one before crushing its victims—it’s spooky stuff, reminiscent of Thriller, the Boris Karloff series that spared no one’s nervous system. Chase’s The Zombie, an audaciously gruesome tale about the walking dead, was as transgressive as any E.C. horror comic; in order to vanquish the creature Kolchak has to pour salt down its throat and… sew its lips shut. The nervous newsman once again shows more courage than the typical comic book hero and once again his efforts to reveal the truth leave him with naught but a one-way ticket to Palookaville. 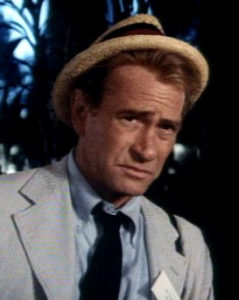 Kolchak might have been the brunt of jokes around the office but he finally gets his fair share of respect courtesy of Kino Lorber—their new Blu ray set brings together all twenty episodes of Kolchak: The Night Stalker in a lovingly prepared package that should please the most persnickety fan. Even with the hurried nature of the production and the catch as catch can quality of the source material, these episodes look terrific—brightly colored and with excellent detail. And the extra materials are sensational.

Featured are two new interviews, one with David Chase, who shares his own personal history with the show, and the other with Dana Gould, whose Stan Against Evil emulated Kolchak‘s mix of horror and comedy. There are also 21 new audio commentaries featuring the likes of David J. Schow, Kim Newman, Tim Lucas, Steve Haberman, and Michael Schlesinger. Wrapping up the package are 14 original TV spots and a new essay from Mark Dawidziak, author of The Night Stalker Companion.