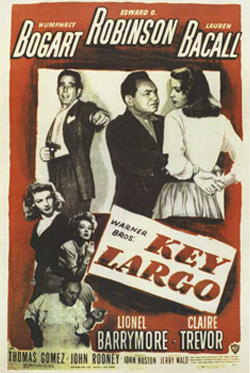 Set mainly in a broken down hotel in storm-swept Key Largo, Florida, John Huston’s 1948 film expands on Maxwell Anderson’s 1939 stage play and adds Bogart, Bacall and Edward G. Robinson to insure the box office. With overtones of The Petrified Forest (which also starred Bogart), Key Largo finds mobster Robinson holding a small group of people hostage under increasingly claustrophobic conditions. One of those hostages, Claire Trevor, won the Oscar for Best Supporting Actress for her performance. 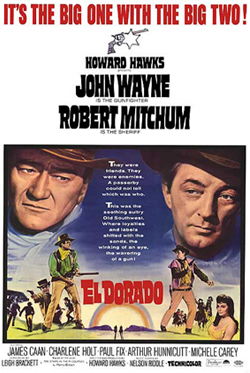 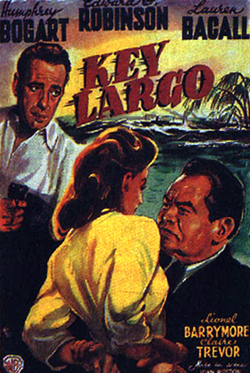 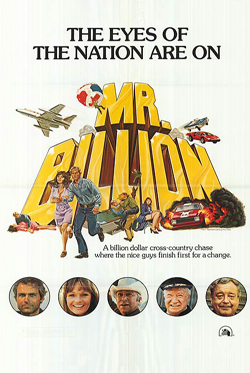 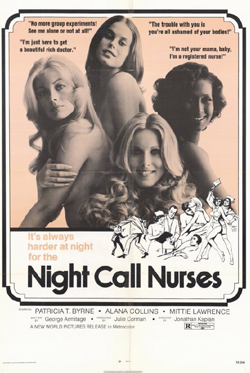 Jonathan Kaplan
on
The Prowler
1951 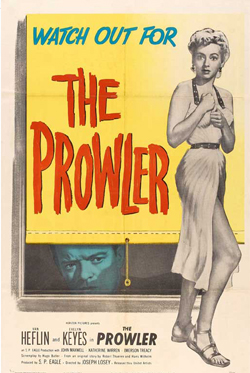 Jonathan Kaplan
on
The Big Heat
1953 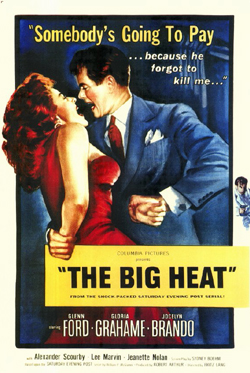 Jonathan Kaplan
on
The Slams
1973 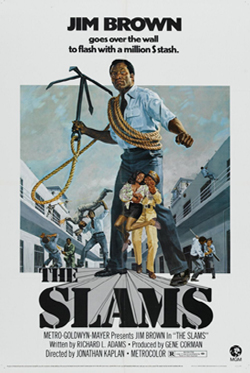 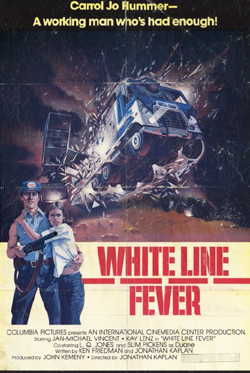 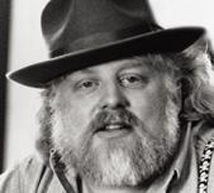 NYU grad and 40-episode ER producer-director Jonathan Kaplan began his career at Roger Corman’s New World Pictures, moving on to AIP and the majors with acclaimed films like Over the Edge, Heart Like a Wheel and The Accused, which won Jodie Foster a Best actress Oscar. His iconic action credits include Truck Turner, White Line Fever and Unlawful Entry. Jonathan is the son of film composer Sol Kaplan and nephew of actor Van Heflin. Proudly continuing his career trajectory toward The News in Welsh, Kaplan has just wrapped a basic cable “Jiggle Show” where all the men who audition [and there are only young men] must do so topless so the Network can determine if the boys are sufficiently “ripped” to be rewarded the role. Kaplan says, in keeping with his credo that one should learn something from every gig: “I can confidently report that 6-out-of-10 actors under 30 clearly prefer Calvin Klein.”