After hovering near the top of the JustWatch charts in March, the biggest blockbuster of the pandemic, Spider-Man: No Way Home, found its way to pole position last month. In general, adventure films and intrigue-laden mysteries ruled the roost.

A reminder: JustWatch tracks the most-searched film titles across its platform, which should be everyone’s #1 resource when it comes to finding the streaming homes of any movie. This particular chart details the 10 most sought-after movies during April 2022. 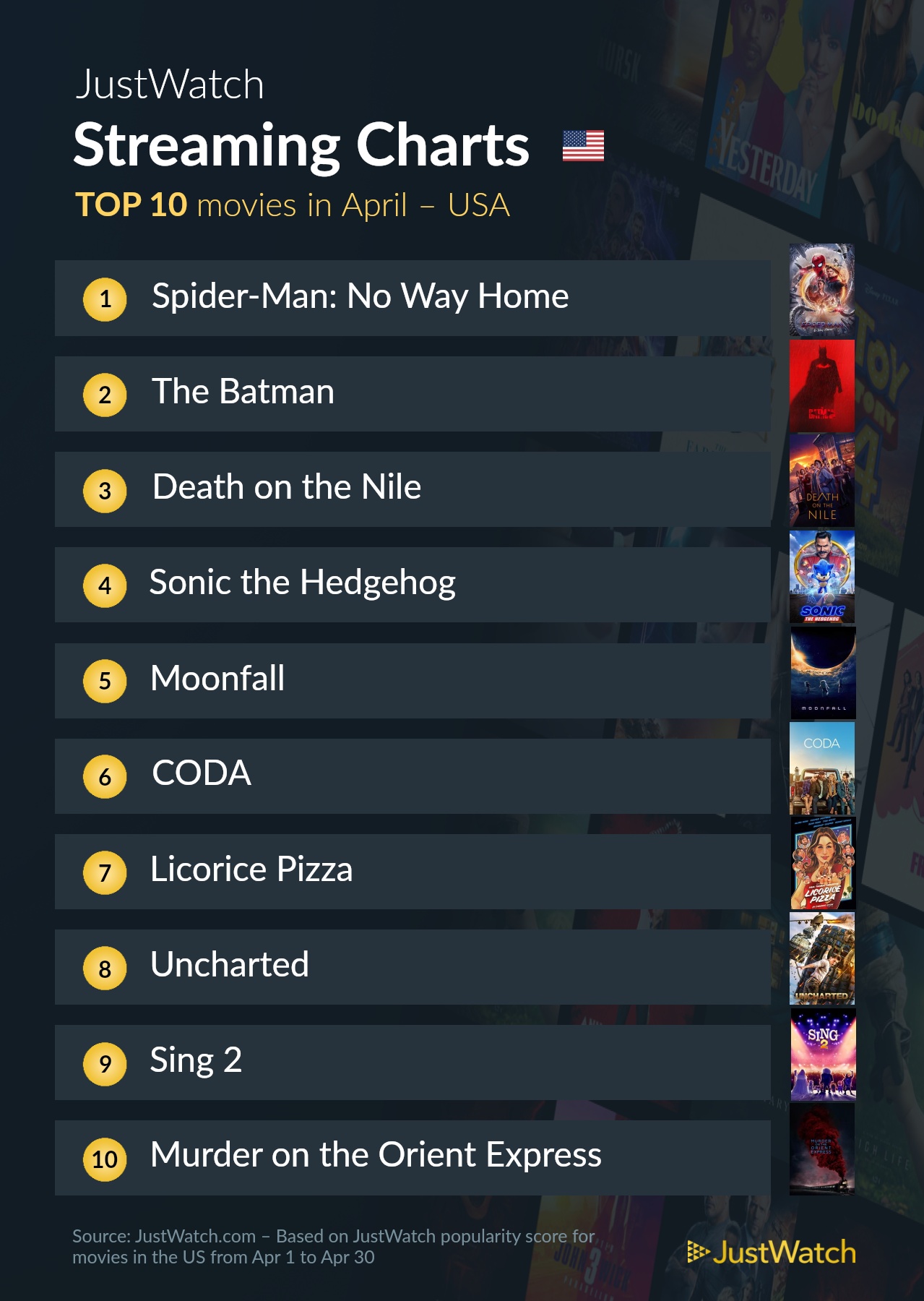 Among holdovers from March, the latest Spider-Man, Best Picture Oscar winner CODA, March champ Licorice Pizza and the hit kiddie musical sequel Sing 2 remain in April’s top 10. Kenneth Branagh’s Hercule Poirot period mystery sequel Death on the Nile, which tanked theatrically (not uncommon for fare that skews older during the pandemic), was the third-most-searched flick here. Its predecessor, the 2017 remake of Murder on the Orient Express, ranks 10th.

The biggest box office hit of 2022 thus far made its debut on the charts this month. The umpteenth Dark Knight reboot The Batman, this time with Robert Pattinson assuming the mantle of the Caped Crusader, was the second-most-searched movie this side of fellow superhero reboot Spider-Man. With the Jim Carrey starrer Sonic The Hedgehog 2 churning out a robust sum in theaters, it makes sense that the original Sonic The Hedgehog (2020) became a hot-ticket item for folks on the prowl for some at-home entertainment.