Attack of the giant rabbits. Poor title and lack of excitement give it only moderate potential for ballyhoo duallers. Rating: PG. 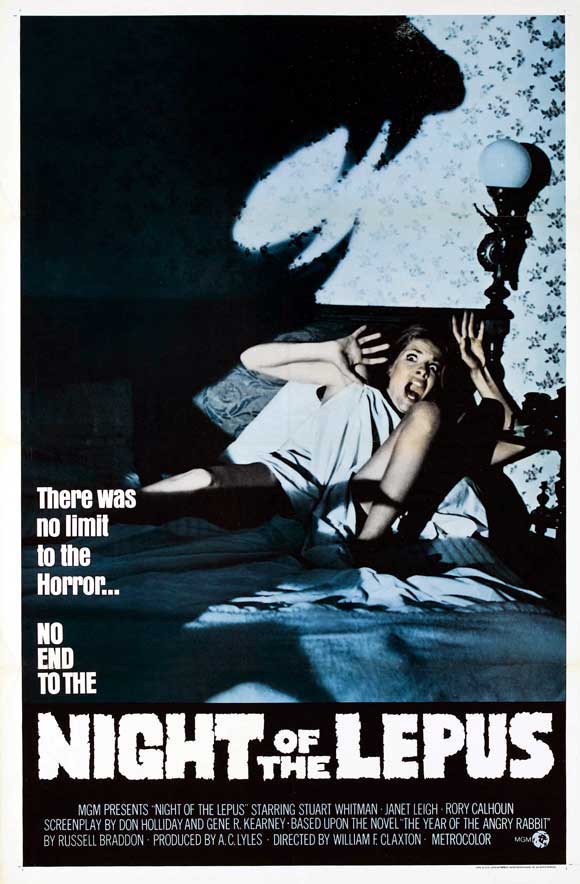 The Fifties live again in NIGHT OF THE LEPUS, a science‑fiction item about giant rabbits which adheres rigidly to the old mutated monster formula introduced in THEM! and preserved intact through countless subsequent creature features. Sadly, some excellent special effects by the Howard A. Anderson Co. are, for the most part, frittered away by unexciting direction, lifeless performances and a screenplay so predictable and unoriginal it’s hard to believe it took two people (Don Holliday and Gene Kearney) to compile it. This, plus a title that will send more people scurrying to dictionaries than to the boxoffice, give the MGM release only mild promotional value as a dueler for the neighborhood and drive‑in program.

Man is again nibbling on things he was never meant to gnaw, but this time it’s his meddling with the balance of nature rather than atomic radiation that produces the monsters. Hormone injections designed to foul-up the breeding cycle of a horde of wild rabbits, which have been overrunning Arizona ranches instead, turn the bunnies into king‑size people‑eaters with voracious appetites. The ensuing rabbit rampage consists largely of sluggishly-developed cliché situations aimed at killing off as many minor characters as possible. After a suitable amount of gore and plenty of dialogue on the order of “The killer rabbits are on their way—do not panic!”, scientist Stuart Whitman rigs up a system which electrocutes all the monsters as they cross some railroad tracks, leaving only the problem of what to do with the carcasses of several hundred six‑foot rabbits. 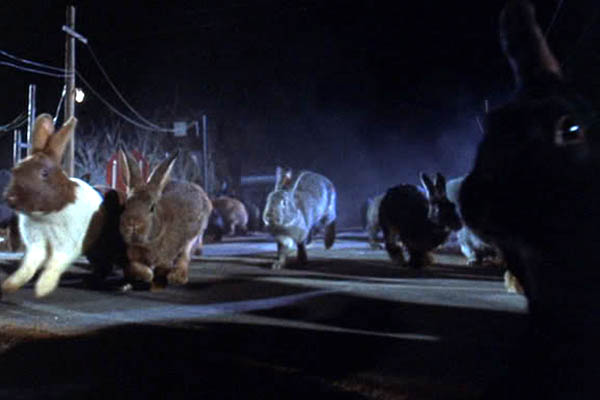 Last‑minute reservations about the rabbit angle obviously cued the title change (from RABBITS) and the inexplicit ad approach, but clever miniature work, slow‑motion photography and careful lighting make the giant illusion far more convincing and menacing than might be imagined, contrasting sharply with the slapdash nature of the rest of the film. Former sagebrush specialist A.C. Lyles produced capably, with only vestiges of his usual reliance on old‑time stars. The cast includes Janet Leigh, Rory Calhoun, DeForest Kelley and Paul Fix, none of whom seem especially concerned or even interested. “Lepus” is Latin for rabbit, as if you didn’t know.

Night of the Lepus is available from Warner Archives.