Cornball penal potboiler has Jim Brown and some gore to sell it in urban, especially black‑dominated action markets, drive‑ins. Response depends on whether audiences are sated with hack stuff. Rating: R. 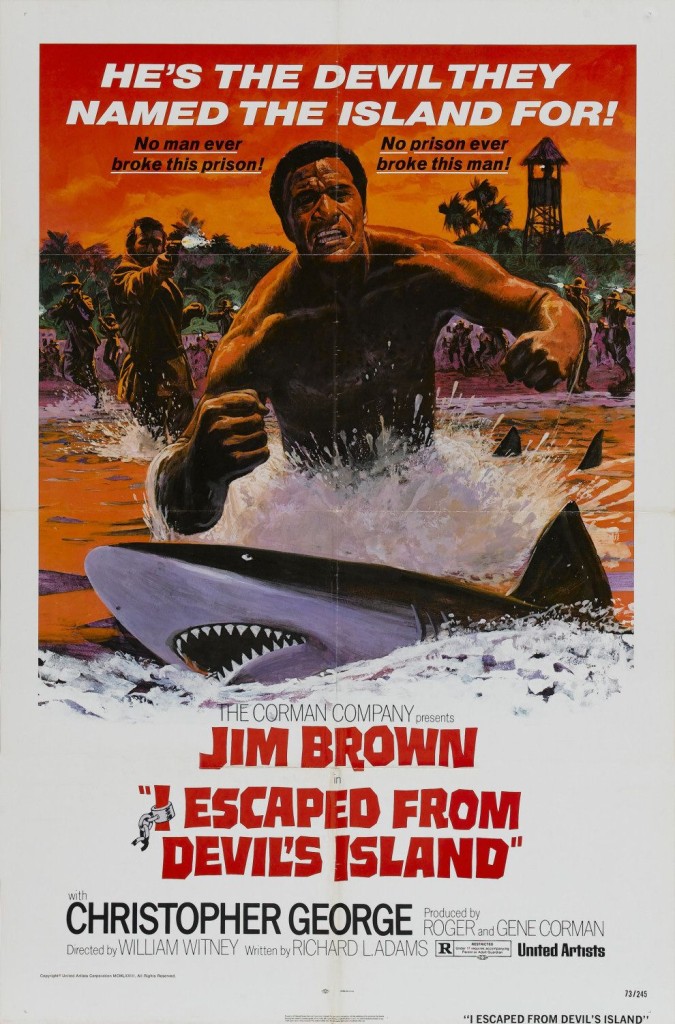 Life on Devil’s Island was no bowl of cherries, in case you thought different. The only thing in the prisoners’ bowls at mealtime, as a matter of fact, was some kind of brown gook, and when the wretched inmates weren’t being beaten or killed, they were forced to battle to the death for the amusement of the sadistic guards. This obviously ain’t no place for a cool dude like Jim Brown, and he wants out so bad he’ll do anything. And if I ESCAPED FROM DEVIL’S ISLAND proves anything, it’s that Jim Brown will do anything. This amazingly hokey production from kitsch kings Roger and Gene Corman tries to breathe life into a formula that gasped its last in the 1950s by adding enough gore and nudity, among other things, to get it by in today’s jaded action dualler markets. The star’s name lends allure for short‑run inner‑city houses catering to blacks.

Actually, this United Artists programmer differs from previous Devil’s Island potboilers only in its desperation to be contemporary, exemplified by the emphasis on prison drag queens (making it more of a “penile” colony) and by having somebody say “fuck” once every five minutes. And, of course, the grue is much more lovingly depicted (an actual onscreen hog slaughtering is just one of many thoughtful touches). Understandably tired of being abused by guards or locked in that most dreaded of prison locales, “The Hole,” murderer Jim makes his escape with Commie‑pacifist Chris George, part‑time queen Rick Ely, and another unfortunate who summarily gets eaten onscreen by a shark. Captured by some docile natives who are apparently supposed to represent “savages,” Jim has to fight off the tribe, gets shot by the police and, in the end, sacrifices himself so that George (now a pacifist turned killer) can escape by boat. 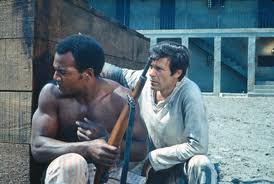 However, any picture in which a friendly leper explains that “leprosy is the true aristocracy” can’t be all bad, and this one isn’t. William Witney, vet director of countless Westerns and Republic serials dating back to the ’30s, keeps the camera moving constantly, which helps distract from the witless banality of Richard L. Adams’ screenplay. Too, this outdated genre retains a certain persistent charm which survives even the slapdash production (on Mexican locations) it receives here. Richard Rust, Paul Richards and Jan Merlin are among the performers grappling unsuccessfully or not at all with French accents. The pale color processing is so bad that it all but matches the grainy stock shots of monkeys and snakes.

I Escaped from Devil’s Island is available for streaming at Amazon Instant Video.