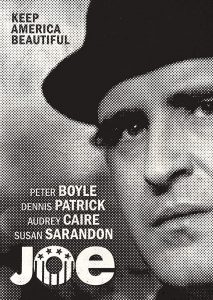 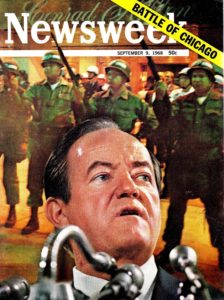 Galvanized by Martin Luther King’s assassination, an army of protestors descended upon 1968’s Democratic convention then playing out on Chicago’s south side. They were greeted by an enraged mayor who made sure there would be no contest between his men in blue and their bell-bottemed adversaries – cops came out swinging and left Michigan Avenue swimming in blood and the smell of tear gas.

Like Vietnam, Richard Daley’s Windy city purge was a living room war – a TV sensation that ensured the whole world would be watching. It took some time for movies to catch up. Films like Medium Cool and Easy Rider met the head-cracking controversy head on but big studio releases related to this particular counter-culture moment tended toward docile celebrations of flower power like Woodstock or Alice’s Restaurant – even more provocative fare like Catch-22 and MASH were unhappily oblique in their takes on the war and its protesters. It took the bargain-basement aesthetics of the grindhouse to tear off the bandaid.

Directed by John Avildsen and starring Peter Boyle, 1970’s Joe is an exploitation film as crudely formed as the beer-guzzling malcontent at its center. The quintessential drunk at the end of the bar, Joe holds forth in a dimly lit East Village saloon with a nightly rant about blacks and welfare queens sprung from Breitbart’s comments section. He reserves most of his venom for his favorite punching bag – hippies – and brags loudly about his desire to kill one. The greying sophisticate by his side mutters, “I just did.”

So begins an unexpected alliance between Bill Compton, an advertising executive who’s just murdered his wayward daughter’s no-account boyfriend and Joe, a simmering embodiment of middle class rage and resentment ready for his piece of the action.

Aroused by the thought of some dirty punk meeting his maker, Joe joins forces with the reluctant ad man to find his missing daughter (played by doe-eyed Susan Sarandon in her movie debut). Like a lower-east side version of The Searchers (and beating Taxi Driver to the punch), the odd couple wind their way into uncharted territory while immersing themselves in the blacklight-and-incense crowd they claim to despise. Their quest ends in a bloody and teeth-grindingly “ironic” denouement reminiscent of Rod Serling on one of his off days.

A sunny, can-do populism is the beating heart of Avildsen’s oeuvre (it fueled Rocky and The Karate Kid) so it’s fairly disheartening to see him portray the lower middle-class antics of Joe and his soap opera-obsessed wife in such a demeaning manner. Screenwriter Norman Wexler shares the blame, his dialog, especially for Boyle and K Callan as his set-upon spouse, is as subtle as a Jack Chick comic. To paraphrase a currently popular clarion call,  “That’s why Nixon won”.

It fell to Norman Lear to find the right balance – though All In the Family was pure Honeymooners farce showcasing another inveterate bigot and his dotty mate, Lear still served up a more nuanced appraisal of Archie and Edith Bunker’s similarly fraught relationship. 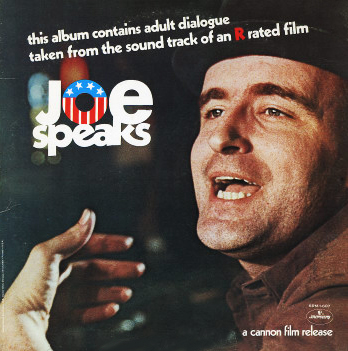 Made for $106,000 and grossing over $19.3 million, Joe certainly pushed some buttons that nobody knew needed to be pushed – and like the following year’s A Clockwork Orange, its double-edged racism, misogyny and bloodletting seemed to excite the very audience it was ridiculing.

Sporting only the film’s trailer as an extra, Olive Films’ bare bones Blu ray release of Avildsen’s seminal sleeper looks appropriately grungy. Photographed by Avildsen himself, the movie’s low-low budget shows in every nook and cranny of a production that had to be wrapped in 30 days. Along with the movie’s seismic effect at the box office, it earned Wexler an Oscar nomination, freeing up Avildsen to continue on his exploitation ways with the X-rated  Cry Uncle, a baggy-pants farce starring Allen Garfield as a trouser-dropping sleuth (released in the UK as, God help us, Superdick).

Two years later Avildsen left the grindhouse behind with the Academy-approved Save the Tiger (star Jack Lemmon won an Oscar, inexplicably beating Brando in Last Tango) and didn’t look back.