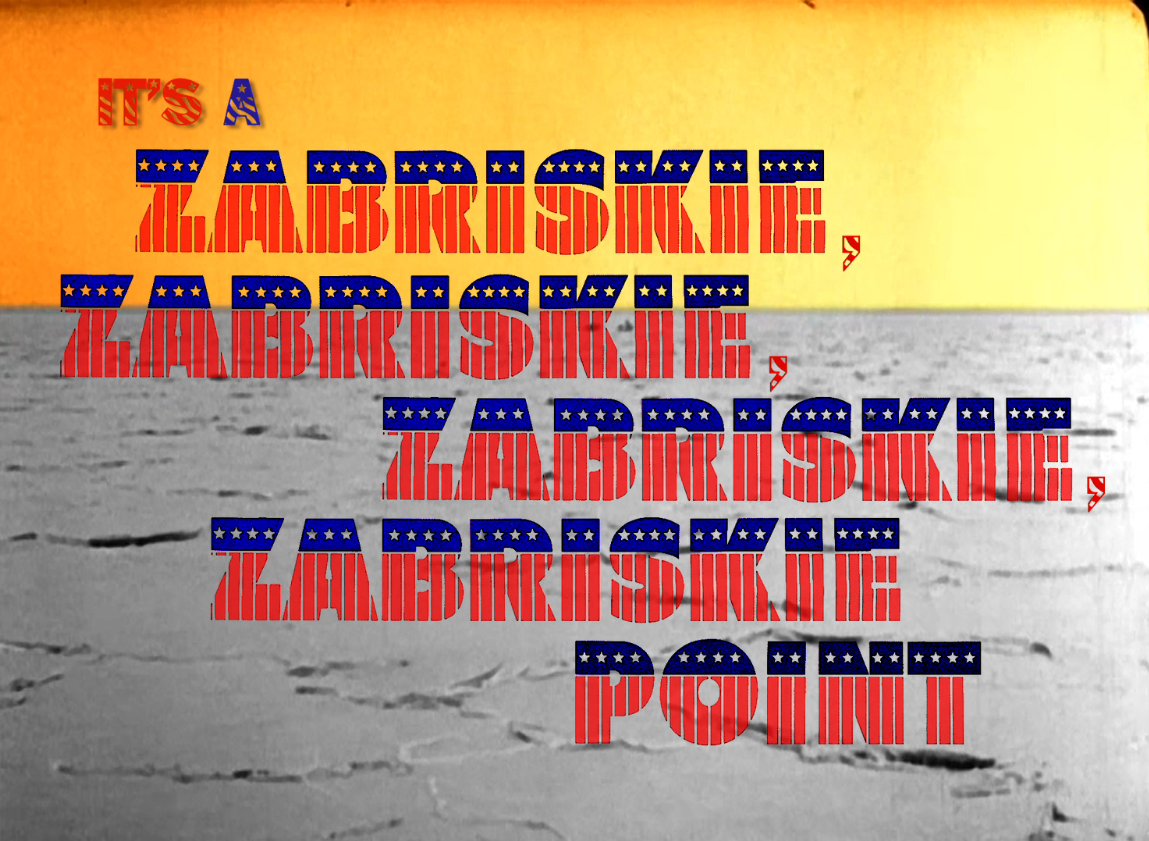 One narrative universe, with just a little editing room hocus-pocus!

There are lots of highlights, but to whet your appetite: University radical Mark Frechette flies his stolen aircraft right past the one piloted by Mickey Rooney and Buddy Hackett as they spin out of control. Daria Halprin ignores a hitchhiking Jonathan Winters. Milton Berle leaps right into a cascade of amorous sand-covered bodies. Spencer Tracy and Daria Halprin in a torrid extramarital affair. Beatnik surfer Dick Shawn phone-pranks capitalist pig Rod Taylor. It’s all here.

You might be surprised to hear, however, that this project comes from a very autobiographical place. Decades ago, when I was about twelve, my mother discussed on camera how I had requested Antonioni’s controversial 1970 Hollywood art film on VHS. It was an odd pick for a kid that age, but I soon after wound up getting it as a birthday gift. A couple years prior to that, I first experienced Stanley Kramer’s epic comedy. Both movies set the stage for my love affair with American desert imagery. To date, Zabriskie Point is the only motion picture with specific shots that have appeared repeatedly in my dreams. Antonioni’s imagery is something I very much live with daily, in a most immediate sense.

So this was a long time coming. I got to work editing, messing around with the footage from both movies, and I started seeing other correlations, both cultural and historical, that resonate in present-day America, as we’re at a precipice, or an inflection point. I also started catching many unexpected parallels and relationships to other films. I mined clips from films from Erich Von Stroheim’s Greed (1924) to the Billy Jack franchise. You might argue it attempts to do for the American desert what Thom Andersen’s brilliant Los Angeles Plays Itself does for the city of its title. Andersen and Mark Rappaport were certainly primary influences here, but I also hope this project “does its own thing.” And it has quickly become a full feature-length piece!

For now, I’m going to feature some excerpts. Heading into the fall, Trailers from Hell is going to premiere the full film on the website.