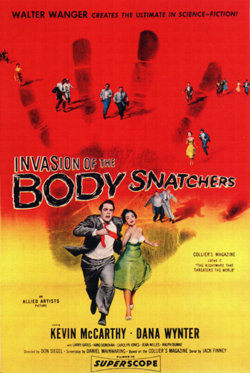 Invasion of the Body Snatchers

The filmmakers were hoping for a classier title (Sleep No More), but under any moniker it’s proved to be one of the most influential of all science fiction movies. Remade in 1978, 1993 and 2007, not counting the various ripoffs throughout the years. Each has its points, but Don Siegel’s spare, psychological original remains a haunting, noirish expression of modern paranoia which has defied categorical interpretation to this day.