We’re excited to announce a new feature here at TFH, a weekly column from one of our favorite writers on film, Dennis Cozzalio. Dennis has been delighting movie fans for years over at his own blog, Sergio Leone and the Infield Fly Rule and now he’s settling in for a weekly gig here on our site. Dennis will be appearing each Thursday with his thoughts on the state of the art and we couldn’t be happier. Welcome Dennis!

The movie theater of my childhood, a modest, scaled-down, small-town version of the more ornate single-screen palaces that used to be commonplace all over the country, was where my movie-inspired dreams and nightmares were realized, where I learned to love the movies and prepare myself for the discoveries they would hold for me later in life. That theater, which looks so small and quaint to grown-up eyes, seemed overwhelmingly large to me as a boy, often frighteningly so. 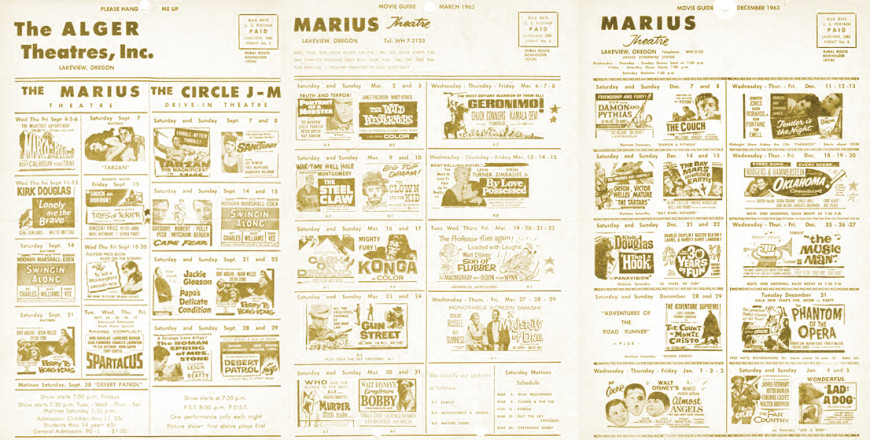 As I sat waiting for Elvis or Peter Cushing or John Wayne or Dean Jones to appear, I would often trace the rows of ornate colored lights which ran along the walls near the ceiling, back from the edge of the balcony all the way to the front of the auditorium, and imagine myself dangling there from a great height, hoping not to fall to my death just in front of the screen.

And at the front of that auditorium there hung a slightly tattered red velvet curtain which opened slowly to introduce the screen to the audience at the beginning of each show. When I was maybe eight or nine years old, I would sit in contemplation of that curtain, eerily lit from above and below by stage lights which made it look even more mysterious, growing more anxious and excited to experience the treasures that would be revealed once that curtain opened. 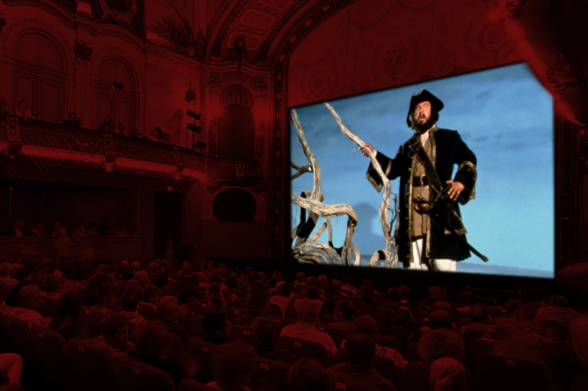 As every show started, the projectionist always fired up the machine before the screen was fully revealed, and the first flickers, usually the logo for the movie studio releasing it, or perhaps the opening images of the pre-show cartoon, always ended up splayed upon the surface of the curtain, warped and misshapen by the natural folds of the material and its movement as it slowly pulled open. There was something lurking there, and that something was coming out, couldn’t be stopped. It didn’t matter whether or not the movie was innocuous family fare, like Blackbeard’s Ghost or The Sound of Music, or horrors like Frankenstein Must Be Destroyed or The House That Screamed. The creepy ritual itself, those images projected onto the slowly retracting curtain, quite honestly terrified me, filled me with so much fear, excitement and anticipation that I often had to look away. And of course once the curtain came to rest at the edges of the screen and the movie commenced, looking away was the last thing I could do. 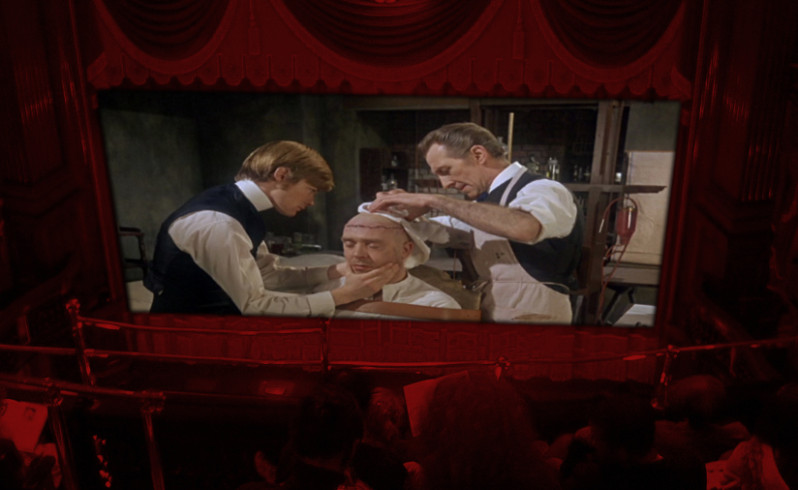 I’ve spent a lifetime relishing the sensation of my fear of the velvet curtain, long since slipped away through simple maturation—a boy’s view of the world is, after all, only a boy’s, and, sadly, I don’t scare as easily as I used to—or from the absence of showmanship as part of the modern multiplex experience. (Why drape and cover a screen, after all, when there’s so much “pre-show entertainment” waiting to clutter up all that emptied rectangular space?) That pleasurable fear and anticipation is something lying dormant in our approach to giving ourselves over to movies, in regard to both the sensory bombardment of the modern franchise blockbuster and the more modestly scaled entertainments that are occasionally discovered in multiplexes and art houses amidst all the noise and piles of rubble. But that anticipation is often now accompanied by a different kind of fear, a lurking suspicion that in our all-knowing, all-seeing media age, where every big hit seems to come predigested, every aspect of production and anticipated box-office performance is fodder for entertainment Web sites, movies cannot quite deliver the sort of simple magic of surprising us, revealing hidden elements that take us to unexpected places, which they used to conjure so routinely.

So it is with a sense of excitement and anticipation similar to the one I had as a boy, and one of honor at having been asked to contribute to one of my favorite sites, that this weekly column will be dedicated, in the hopes of continually rediscovering that fear of the velvet curtain. You can expect good-humored and serious-minded appreciations of old favorites, reviews of new pictures (great, good, lukewarm and flat-out bad), as well as general musings about movie culture, some of which I predict may even be coherent and compelling—always a nice bonus. After 10 years hanging out my own shingle at Sergio Leone and the Infield Fly Rule, which will continue on its own wavelength, I look forward to setting up my own little corner of Trailers from Hell to call home. Let’s brace ourselves, raise the curtain and see what’s playing.