Joel and Ethan Coen drop most of the sarcasm for their deeply felt character study. Everything’s a big problem for Llewyn: a girl (Carey Mulligan), various agents, fellow performers, and a cat. I find Oscar Isaac’s Llewyn to be wholly sympathetic, and that cat business is deeper than it looks. The terrific extras include a complete concert docu. 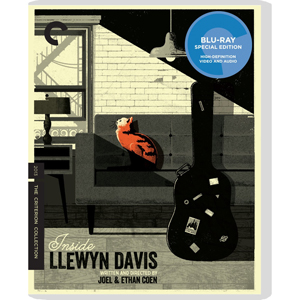 If I’m not mistaken this is the first Criterion release of Coen Brothers movie. It’s probably more a matter of licensing opportunities than film taste, but the relative mainstream success of these filmmakers does make them seem less like Criterion material. Back in the late 1980s it seemed that each Coen film stretched the definition of commercial viability, and every so often they come up with a real gem. 2013’s Inside Llewyn Davis almost seems a departure for the pair. It’s not an outright comedy, and it can’t be accused of scoring easy points by lampooning ‘colorful’ ethnic or regional types. The filmmakers clearly take their subject seriously. They’ve created a truly interesting main character, a folk singer in the doldrums and not seeing a lot of encouragement from any direction.

It’s a cold winter in 1961, and folk singer Llewyn Davis has hit a snag in his career development. He had been part of a rising duo act until his colleague committed suicide; his solo album “Inside…” hasn’t sold. He’s currently hopping between the couches of various friends, while trying to pry some money from his manager. Folk singing friend Jean (Carey Mulligan) is furious with him for a major problem she feels he’s caused, while other friends are not won over by his insistence on not trying to ingratiate himself with them. Llewyn can lose his patience at times, which can be a real problem. He causes a scene at the apartment of his good friend Mitch Gorfein, a college professor (Ethan Phillips). He happily takes some cash for helping to record a silly novelty song, passing up an opportunity to earn royalties. Llewyn agrees to a ride-share to try his luck in Chicago, a trip that turns into a fool’s errand. Typical of Llewyn’s travails is getting stuck with Mitch Gorfein’s cat: his luck is so bad that just doing the right and responsible thing is too much to ask.

Inside Llewyn Davis is a beautifully acted and directed show — its portrait of a dedicated New York folk singer is always amusing but never comedic. It opens and closes with a folk song performance that shows hi expressing his basic depression. 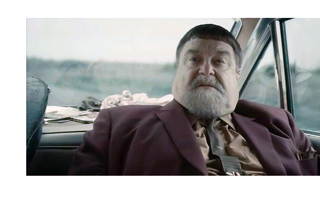 Being a true artist, he can’t fake his music, as can the apparently more commercially minded Jim (Justin Timberlake), Jean’s present boyfriend. The ‘mischievous cat’ part of Inside Llewyn Davis sounds terrible — lame writers often humanize lame characters by giving them a lovable pet. Llewyn is not a thoughtless asshole, as Jean and several others call him. He’s just too honest to act fake with people. His opinions are direct and without malice, as when he disses a song right in the middle of a recording session. Llewyn doesn’t put on a party-guy act to ingratiate himself. He also won’t act contrite when Jean is being unreasonable, and instead tries to remind her that, ‘It takes two to tango.’

The truth is that ‘the music’ isn’t working out for Llewyn at present. Folk is in the doldrums and his friends seem to be trying to lighten up their repertoire; nobody wants a melancholy artist, which is where he is right now. We don’t know if people blame Llewyn for the suicide of his singing partner, but we see zero sympathy for him. For Jean, he’s a stumbling block on her road to a good relationship, solvency and a house outside of New York. His sister sees him as a freeloading ingrate, who swears in front of her little boy and doesn’t put the welfare of his elderly father over his own emergency needs. The Gorfeins are probably Llewyn’s most dependable friends, yet they expect him to provide entertainment for their little dinner parties. The trip to Chicago is like something from the Twilight Zone, trapped in a car with an unfriendly guy (Garrett Hedlund) and a screwy psychotic (John Goodman) who can barely function yet is compelled to insult him. The ride-share trip is almost as nightmarish as Edgar Ulmer’s Detour. The only place that welcomes Llewyn to perform is the club of his friend Pappi (Max Casella), where the pay is spare change collected in a hat, that he has to split with whatever rank amateurs take the stage that night. He doesn’t set the house on fire, and his set ends with a curt, “That’s what I got.” 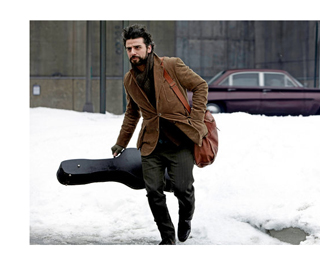 No wonder Llewyn is going out of his mind, as his artistic profession is evaporating under his feet. There is no real camaraderie. After feeling humiliated that his agent tells him to take his preview records home, he sees that one of his fellow struggling colleagues (Adam Driver) hides a similar cardboard box of shame in his apartment. Llewyn’s big stab at a career rescue is to drop in on a successful business manager-agent (F. Murray Abraham). But he must sing the way he feels, and the downbeat tune he chooses doesn’t ‘sound like money’ to the man.

There’s no turning back either, as shown by Llewyn’s attempt at shipping out once again with the Merchant Marine. The unfeeling treatment he receives from his Union will resonate with anyone who has belonged to a Hollywood Guild, and not worked enough to merit even the basic privileges of membership. Llewyn is far more sinned against than a sinner. He’s not willfully self-destructive and he deserves a break. Fate instead sends him an unexpected punch in the nose, like George Bailey in It’s a Wonderful Life. Every setback seems a cruel poetic irony. Like a sign from the gods mocking Llewyn’s struggle, a cat has far better luck finding its way through the canyons and jungles of New York. Well, they gave it an appropriate name.

I’m glad that nobody accused the Coens of cruelty to animals — you know, making mirth out of things like a cat being hit on the road. It just ain’t so. In fact, the film’s three cats make a marvelous contribution to the film, holding an accurate mirror before the singing showbiz world. One super-talented cat defies all odds and comes through in fine shape. Another we know only as a wounded shadow, limping off to some unknown fate. A third gets her life upended because of a sex mix-up. If she had kittens, she might never see them again. Each cat illustrates a possible fate for our Llewyn Davis. Then again, is the cat on the road perhaps meant to be cat #2, left on the road to Chicago and encountered on the way back? If so, that’s pretty darn sad.

The show is about a particular historical music scene yet isn’t a musical per se. T Bone Burnett wrangled the different kinds of music we hear, and they all sound 100% accurate. Many of the early reviews emphasized Inside Llewyn Davis’s relation to real events in the history of folk music. Llewyn is said to correspond roughly with a certain performing personality, while it is easier to recognize Jean and Jim as a proto- Peter, Paul and Mary. Who will be their third partner, goofy faux Texan Al Cody, or ultra-straight Army private Tory Nelson (Stark Sands)?   When the savvy agent finds favor with the soldier-singer, he’s obviously looking for something mass-marketable. But Llewyn can’t fathom the idea of a patriotic, square soldier being compatible with anything genuinely Folk. The final cruel joke is that nobody can see the tidal wave coming, that the rebel poet Bob Dylan is around the corner. The Coen Brothers respect Llewyn, and don’t milk the irony of his being brought low just as Bobby Zimmerman hits the stage. This is what ultimately makes Inside Llewyn Davis a pleasing entertainment… the Coens have an opportunity to kick a character while he’s down, and they don’t. I liked it when I first saw it, and like it twice as much now.

Oscar Isaac is as great in this as he is in A Most Violent Year and Ex Machina. Llewyn Davis is never simply moody, nor does his occasional bad behavior make him unlikeable. Just the fact that Llewyn keeps going in the winter weather without a coat, bumming couches and rugs to sleep on, shows his commitment to his work. Carey Mulligan is the next most substantial part, but her character doesn’t come close to caring about what makes Llewyn tick. John Goodman’s contribution is very subtle this time out, considering the strange dimensions of the role. And echoes of Salieri can’t help but come through F. Murray Abraham’s realist promoter-agent. When that guy detects no spark in Llewyn, the singer knows he’s in a bad way.

The Criterion Collection’s Blu-ray of Inside Llewyn Davis captures the rich, chilly look of New York in the winter, giving the Coen’s carefully textured film just the right balance. Foggy roads in Ohio contrast nicely with New York apartments so crudely subdivided that a hallway to one’s front door will only work for thin people… how’d they ever get furniture in there?   That’s an honest question for experienced New Yorkers… is that hallway an exaggeration?

The audio is beautifully done, focusing on the clear tones of single instruments. I’m told that Carey Mulligan did her own singing on “Five Hundred Miles”. The recreation of the goofball “Please Mr. Custer” rip-off “Please Please Mr. Kennedy” is brilliant, wonderful, uplifting … even if it sounds too sophisticated, too ‘busy’ to have been produced in 1961. Adam Driver adds a level of basso-voiced comic punctuation, like the names of vegetables that were plunked into the also similar novelty song “The Jolly Green Giant.” I suppose it helps to be a certain age to get these connections. At least one reviewer got completely disoriented, claiming that the “Kennedy” song ‘missed the boat on what a protest song should be.’ Say what?

Criterion producer Kim Hendrickson taps some excellent extras and has generated some fine ones as well. Guillermo del Toro’s discussion with Joel and Ethan Coen is terrific, as he get them to talk about their films in a way I haven’t heard before – the pair can be off-putting when tasked with lesser publicity pieces. The very entertaining Another Day, Another Time is a documentary about a celebratory concert for the movie, with a rich selection of folk talent (full list below). T Bone Burnett talks about folk music with the Coens for one new featurette, while another investigates the Greenwich Village Folk scene of the time. Dan Drasin (Greenwich Village: Music That Defined a Generation) filmed Sunday, a wonderful docu piece about a popular uprising in 1961 that prevented the city from banning singing in Washington Square Park. Was peaceful ’60s-style social protest in America born right there? Some trailers are included and Kent Jones provides the disc’s insert essay.