Hollywood’s most elegantly natural, defiantly independent actress comes alive in a film biography about her personal life, using inside family testimony, rare film and her diaries. Sweden’s Ingrid seems more radiant than ever. 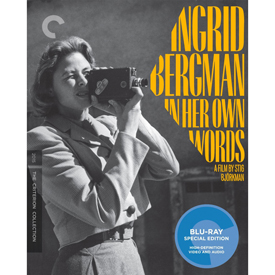 Ingrid Bergman had one of the most fascinating lives of any woman of the 20th century. An ambitious actress, she let herself be guided by her desires and her heart. Although banished by Hollywood and vilified by the press, she had the strength and charm to go her own way with neither shame nor regret. If we use ‘special’ movie actors to judge aspects of ourselves, Bergman came to represent almost exclusively good qualities — she was liberated decades before society began to accept the idea of women determining their own roles in life. 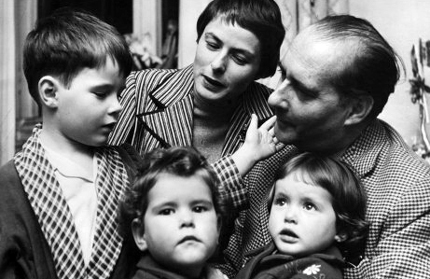 Stig Björkman’s documentary bio is as passionately intimate as a life story can be. It’s not a detailed analysis of her film career. We see only a handful of movie clips, and hardly a single familiar career photograph. Bergman kept lifelong diaries of her thoughts, and was also a dedicated home movie buff. Much of her life is recorded in photos and films, and her family has kept it all in good order. Produced, written and directed by Swedes, Ingrid Bergman in Her Own Words has a marvelously fresh point of view to offer: the maintenance of a Hollywood star career is only part of this actress’s life. Actress Alicia Vikander provides a pitch-perfect impersonation of Bergman’s speaking voice, reading passages from her diaries. Little or no formal narration is needed.

Ingrid Bergman’s own father was a photo and movie bug back in the 1920s, and he delighted in taking pictures of his baby daughter. Perfectly preserved images show Ingrid forming a relationship with the camera lens, even as a tot. Her mother died when she was three, as did her father and several other relatives when she was just fifteen, events that left her determined to become something on her own, as an independent entity. Not long after going to acting school she enters the movies — we hear her excited diary entry on the first day she works as an extra. In Her Own Words takes us through all the ‘known’ chapters of her life. When Ingrid comes to America to remake Intermezzo, she has little to say about David O. Selznick, the owner of her 5-year contract, but forms a lasting friendship with his wife Irene Mayer Selznick. She talks about separations from her husband, Petter Lindström, and her daughter Pia, as well as her romance with famed photographer Robert Capa.

That affair of the heart remained out of the news, but there was no way to hide a huge personal change three years later. Bored with Hollywood movies and intrigued by the Neo-realist features of Italian Roberto Rossellini, Bergman wrote the director the equivalent of a mash note (“Ti amo.’) and volunteered to come to Italy to act for him. She left Hollywood, set up house with Rossellini and made several classic films with him. When she became pregnant with their first child the American press all but lynched her.

We see some of the headlines but not the outraged fusillades in the opinion press, attacks that vilified Bergman as a worse threat to Americanism since Charlie Chaplin and the Red Menace. The actress simply stated that the public had no right to dig into her private life. She divorced Lindström and didn’t see her daughter regularly until Pia reached the age of eighteen. We instead witness five years’ worth of photos of Ingrid and Roberto raising a wonderful family in Italy. Her grown children Pia, Ingrid, Isabella and Roberto partly narrate the show, and at this point in the story their personal memories describe a childhood with a mother frequently gone yet always loved. 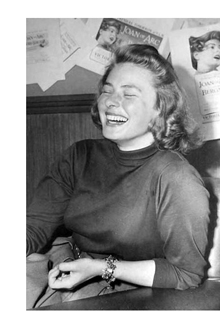 The American hate storm for Bergman is downplayed. The diaries and testimony hint at Bergman’s status as a ‘free woman,’ who was emotionally close (not necessarily intimate) with some of her co-workers during production. We’re told that these close associations would often end abruptly when the film or project finished. As a basically shy person who lost her parents at an early age, Bergman kept a few close friends but remained fundamentally independent. Her children didn’t resent her for this. They grew up in Italian beach villas and on a private island in Sweden, so certainly didn’t suffer. And when Mama was there, she was all theirs and the most marvelous friend and companion in the world. Being wealthy takes the edge off, but the money can’t explain the apparent success of the family. Many celebrities have complex personal lives, and Bergman seems to have found a workable balance.

We also have to assume that the personal relationship between Bergman and Rossellini was dependent on their professional success together. The movies they made are near masterpieces, but they didn’t make money in Europe and didn’t really play in America, where she was all but boycotted. From around 1955 to their breakup several years later, Rossellini is repeatedly referenced as being off in India starting another career as a documentarian. Even then, he wants to direct her work life, agreeing with her working for director Jean Renoir but objecting when she re-boots her Hollywood career with Anatole Litvak. I would imagine that Ms. Bergman was from an early age not the kind of person who liked being told, ‘no.’ Yet I can’t think of an actress who made more honest and heartfelt decisions.

The movie goes on to delineate her later career in films and on stage, and interrupts coverage of her family life to show her work with Ingmar Bergman. Actor-director Liv Ullmann helps illuminate that episode, while Sigourney Weaver talks about acting on stage with Ingrid, directed by John Gielgud. Just about the only aspect of Ingrid Bergman’s life not fully documented is her stage work — besides the usual playbills and assorted photos, we only see a shot of her taking a bow after a performance of a play of her favorite character, Joan of Arc. 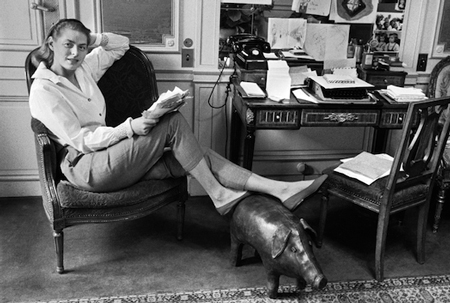 I don’t know of a bio that gets closer to a famous celebrity. Bergman made being ‘just an actress’ seem the most charmed and gracious life imaginable, even with her ups and downs. Fans will be dazzled, as director Stig Björkman puts rare photos and footage of Ingrid up front throughout the show. Her face is all but impossible to grow weary of. Whatever her secret is — perhaps the ability to look naturally ravishing without makeup? — Bergman overcomes any suspicion of vanity or selfishness with an utterly winning outgoing persona. Her children communicate the same quality in their testimonials. It feels good knowing that a few celebrities in this world found a way to not spread sadness and shame in all directions. If it’s all a charade, I don’t want to know about it. Ingrid Bergman in Her Own Words is both intelligent and heartwarming.

The Criterion Collection’s Blu-ray of Ingrid Bergman in Her Own Words is a treasure, pure and simple. One starts by realizing that there seem to be no unattractive photos of this woman. Her personality comes through most of her movies, with the only misstep I’ve seen being her vanity production of Joan of Arc with Victor Fleming.

The transfer is immaculate, and the photos and film clips are clear and sharp. The Bergman family’s home movies –nearly fifty years’ worth — are in amazing condition. When Ingrid and Petter go on a driving tour of Europe in 1938, we even see perfect-condition AGFA color images they filmed of Hitler youth walking down the roads. We particularly like the snippets we see of Swedish films from the 1930s… for those intrigued, Kino’s 2011 triple DVD bill Ingrid Bergman in Sweden is recommended too. 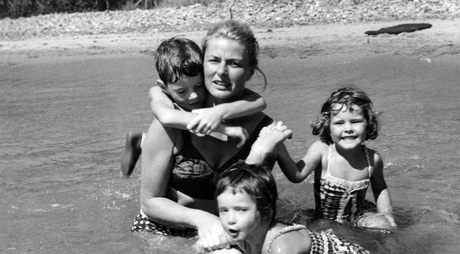 Criterion disc producer Kate Elmore organizes the extras around images of Bergman filming with her 16mm Cine-Kodak camera, which I believe used an early cartridge system. We’re given a selection of more home movies, along with longer versions of interviews and a couple of deleted scenes. Also present are some outtakes from her 1936 Swedish film Pa solsidan (On the Sunny Side) and a clip showing her very first scene from 1932, in Landskamp. A music video of a song heard in In Her Own Words is included, along with a trailer. Stig Björkman appears in his own interview. He’s a well-established film writer and film director.

The presentation avoids the traps of documentary bios controlled by their subjects, or their subject’s families. Björkman has incorporated seemingly everything the Lindströms and Rossellinis have to offer, without producing a cleaned-up version of family history. Our own critic and scholar Jeanine Basinger appears both in the film and in the extras, as the curator of a University Bergman Collection. When she shows up, we know that the makers of Ingrid Bergman in Her Own Words have accessed the right people as well as the best historical sources.