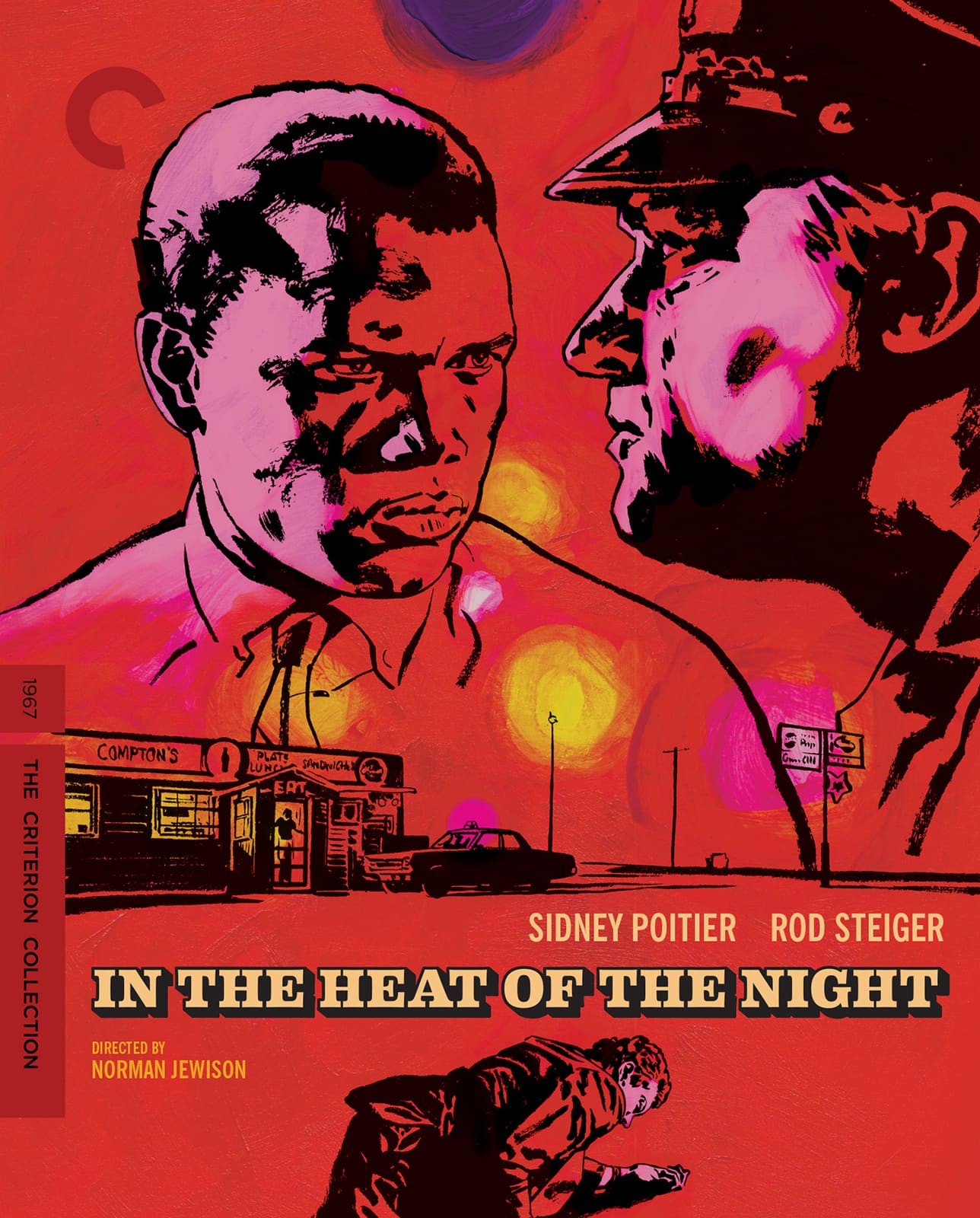 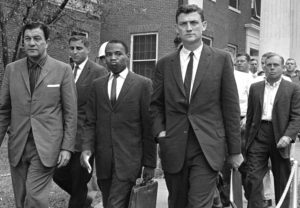 The racial animus that roiled recent elections in Mississippi was a reminder of segregation’s cockroach-like resiliency in that state – it wasn’t until 2013 that its Secretary of State officially ratified the 13th amendment. It’s safe to assume that volatile climate was even more combustible in 1966 when Sidney Poitier refused to venture south of the Mason-Dixon Line for the Mississippi-set In the Heat of the Night – less precarious locations were found but the actor still kept a gun under his pillow during production. 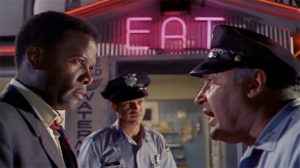 A hardboiled policier with Ray Charles on the soundtrack and the headlong urgency of politically-charged Euro thrillers like Z and Queimada, Norman Jewison’s countrified crime story stars Poitier as Virgil Tibbs, a Philadelphia detective waylaid at an ominously remote whistle-stop in the Deep South. Rod Steiger plays Bill Gillespie, the town’s disheveled police chief who may have more in common with the black city slicker in the Ivy League suit than he’d care to admit. By day Sparta, Mississippi is any small town indistinguishable from the next. At night it’s a southern-fried Peyton Place of sweaty voyeurs and exhibitionists – thanks to Haskell Wexler’s heat-seeking cinematography, the sleepy burg takes on the lurid neon complexion of Travis Bickle’s 42nd St.

One of those peeping Toms is Sam Wood, a hot-to-trot lawman whose late night hook up with a baby-faced temptress leads to an investigation into the sordid secrets of Sparta’s bigwigs and good old boys – the same local yokels determined to put Tibbs back on the train or under the ground. 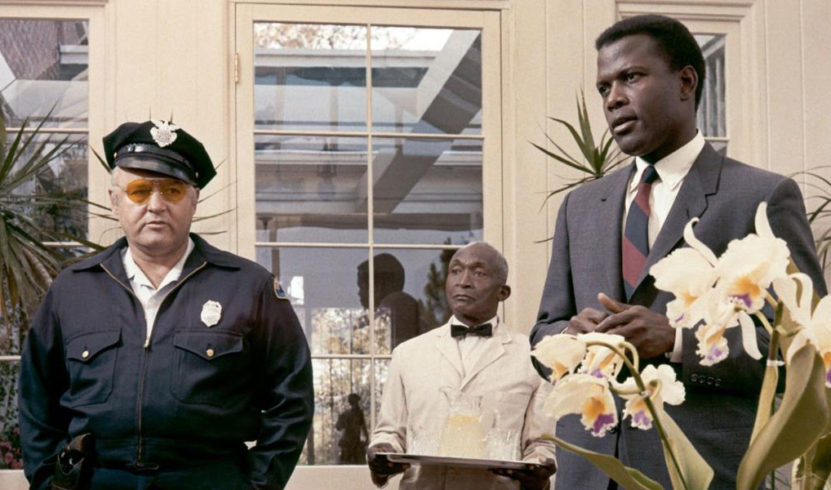 The risky nature of the production ensured a low budget and brief shooting schedule for Jewison but his work is remarkably nimble and empathetic, balancing  frenetic action sequences with equally incendiary moments like the greenhouse confrontation between Tibbs and a plantation owner played by Larry Gates. In a deft impersonation of some of the more pernicious politicians of the era, Gates is all smiles and phony bonhomie until he decides to put the persistent detective in his place with a unexpected sucker punch. Tibbs’ lighting-fast retaliation would have been unthinkable just a year earlier – today it feels like an act of defiance aimed squarely at the other Poitier film released that same year, Guess Who’s Coming to Dinner?

A squishy utopian daydream directed by Stanley Kramer and starring Katherine Hepburn and Spencer Tracy, the film featured an ungainly turn from Poitier as the saintly physician poised to marry into a wealthy and white San Francisco dynasty – his  righteously angry performance in Heat feels like a mea culpa for his participation in Kramer’s pie-in-the-sky potboiler. 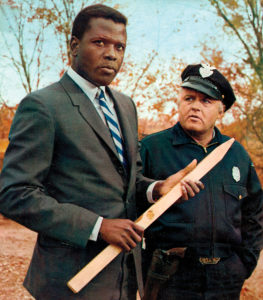 As Poitier’s reluctant partner, Steiger is a perfect method actor-cracker – his calculated slow burn and thin-skinned tantrums are in hilarious contrast to Tibbs’ cooler-than-thou demeanor. By the time Tibbs is ready to return to Philly, it’s Gilliespie who carries the northerner’s luggage to the waiting train. Ray Charles ties a ribbon on the moment with a world-weary blues any tired cop could agree on.

Criterion’s presentation of Wexler’s work couldn’t be bettered with wonderfully sweaty detail particularly in the difficult to replicate nighttime exteriors. 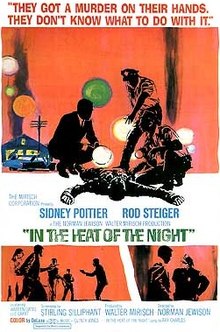 To no one’s surprise they’ve assembled an excellent assortment of extras – fresh interviews with Norman Jewison and Lee Grant and a collection of archival materials featuring Poitier and the film’s composer, Quincy Jones.

Still it feels like the real signs of those times are missing. There are any number of contemporaneous newsreels and documentaries that could give a clearer sense of the circumstances under which In the Heat of the Night was made. None of that is a deal-breaker, Criterion’s beautiful looking disc is a keeper.

Per Criterion’s site the extras are:

Turning Up the Heat: Movie-Making in the ’60s, a 2008 program about the production of the film and its legacy, featuring Jewison, Wexler, producer Walter Mirisch, and filmmakers John Singleton and Reginald Hudlin

The cover by Sean Phillips smartly pays homage to the film’s poster by Paul Crifo as well as Wexler’s work.

Robert Drew’s 1963 Crisis: Behind a Presidential Commitment about the stand off between JFK and George Wallace.