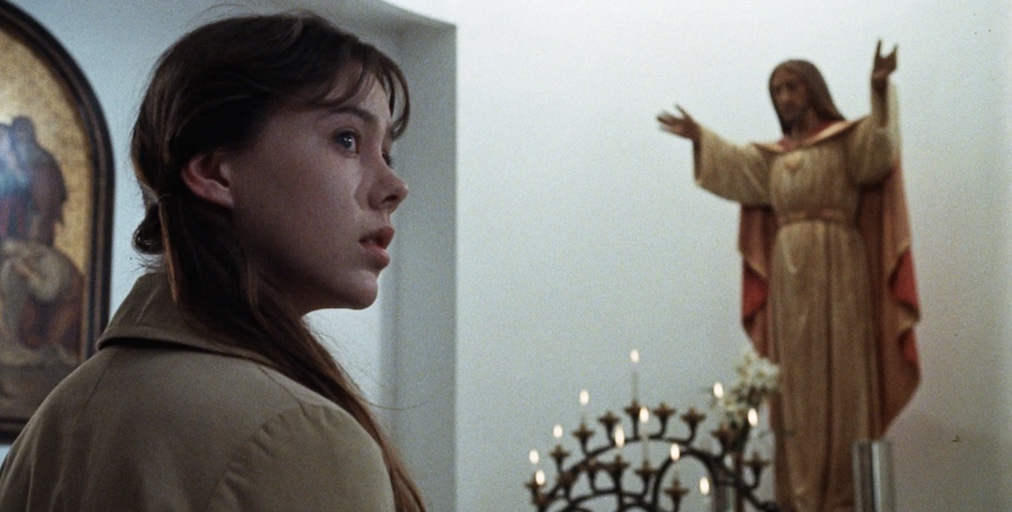 Adapted from the 1966 novel of the same name by Audrey Erskine Lindop, I Start Counting is a welcome relic of its era: it is distinctively late-1960s in its fashions and characterizations, and it is decidedly British in its affectations, despite harboring a rather risque subject matter. 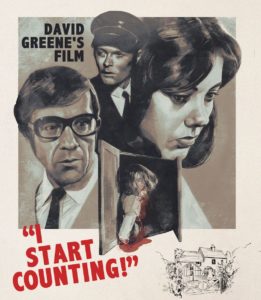 Lovesick, imaginative 14-year-old Wynne Kinch (a young Jenny Agutter) is convinced that her much older, 32-year-old brother George (Bryan Marshall, who looks like a young David Warner, though he is, apparently, not) is (a) responsible for a series of grisly murders of Berkshire schoolgirls and (b) secretly in love with her. Are either of these realities true, or is one (or both) the product of overactive hormones and paranoid half-baked investigations? That, dear viewer, we’ll leave for you to discover.

As she dances around the topic of her verboten infatuation while chatting up her schoolmate friend, the slightly more worldly Corinne (Clare Sutcliffe), Wynne is quick to point out that she was adopted, and thus she and George are not biologically related, as if that somehow excuses her inappropriate pining. 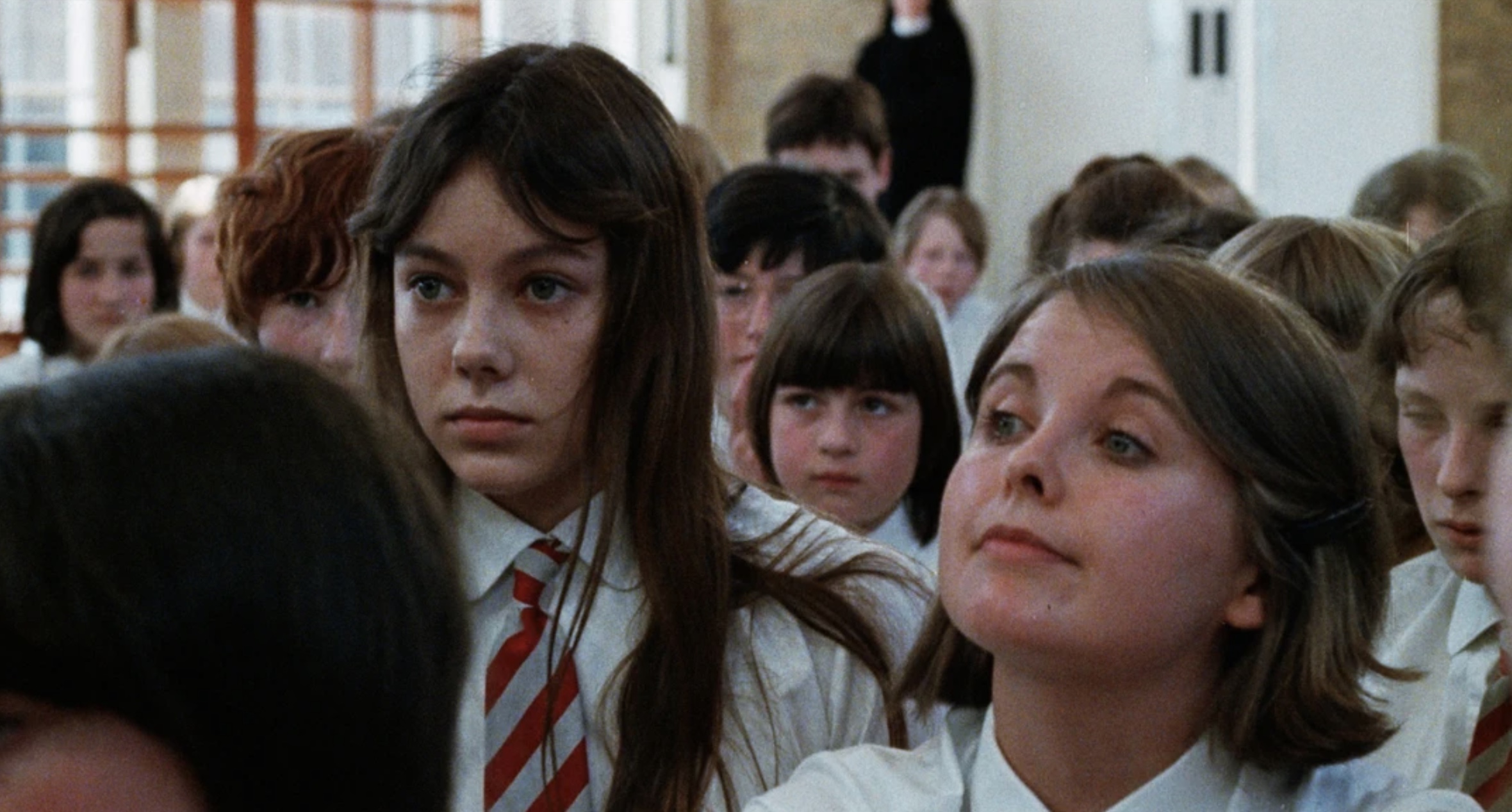 Unlike her older brothers George and Len (Gregory Phillips), Wynne is being raised Catholic (as was, incidentally, Agutter herself) in honor of her birth mother. Wynne’s education leads her to seek the blessing of a local priest (Lewis Fiander) to justify her sinister urges, where she again tries to rationalize the interest via her lack of a biological connection to George.

After Wynne finds blood on a discarded sweater she knit for him, and discovers scratches on his back while voyeuristically pseudo-peeping, she begins to spiral. Wynne begins tracking her brother around town after work through various modes of transit (bus, moped, stowing away in George’s van) and discovers that he has at least been lying about helping out a former neighbor with housework once a week. 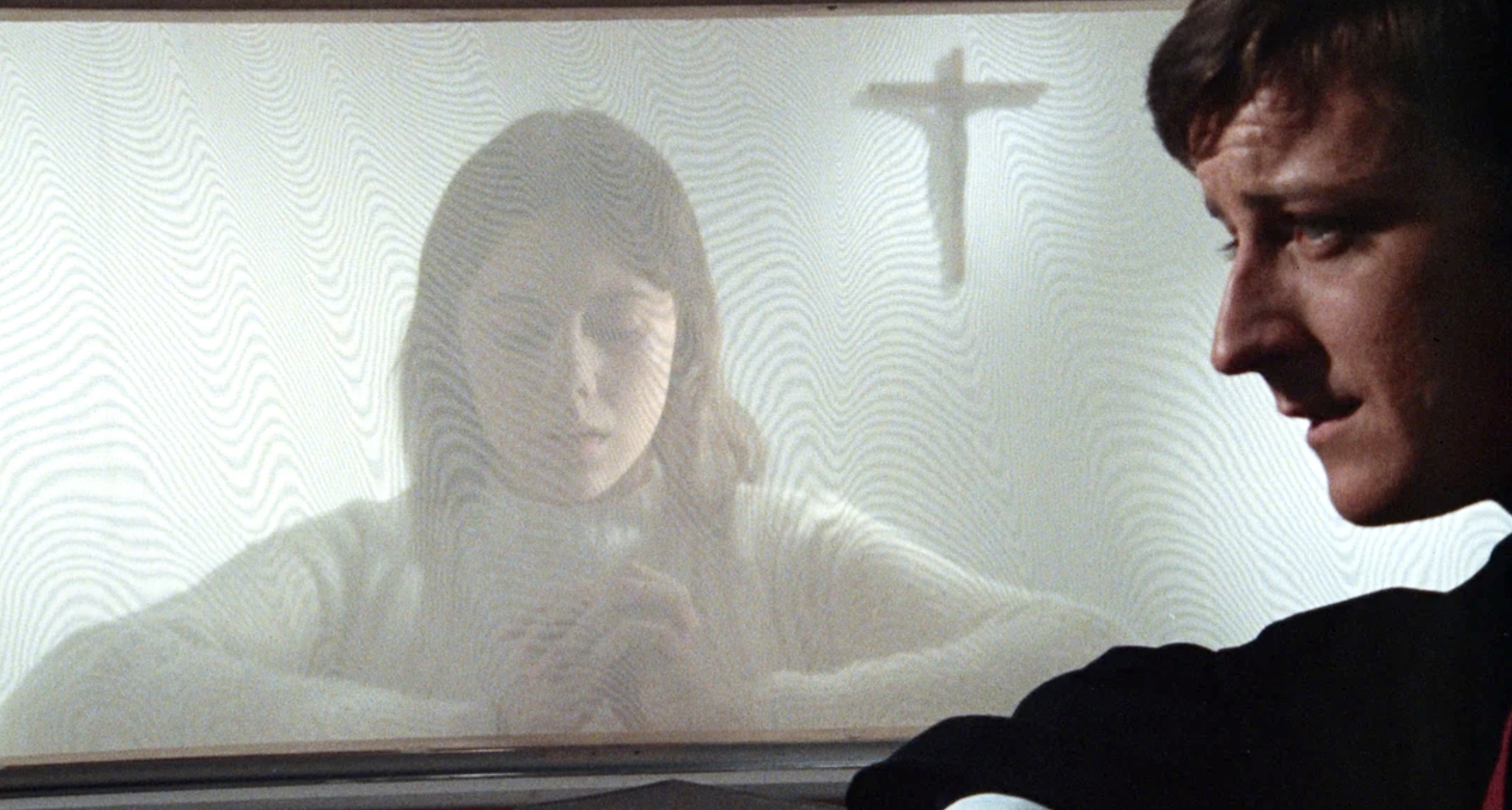 The smitten adolescent yearning of Wynne is deeply uncomfortable as she becomes more and more untethered in the conviction of her delusions — that George is a murderer with a specific bloodlust for teen girls, and that only she understands and accepts his homicidal tendencies. It’s a tough watch. The discomfort of the various conversations Wynne compels upon Corrine and George is expertly written by screenwriter Richard Harris (no, not Dumbledore) and poignantly performed by this first-rate cast. 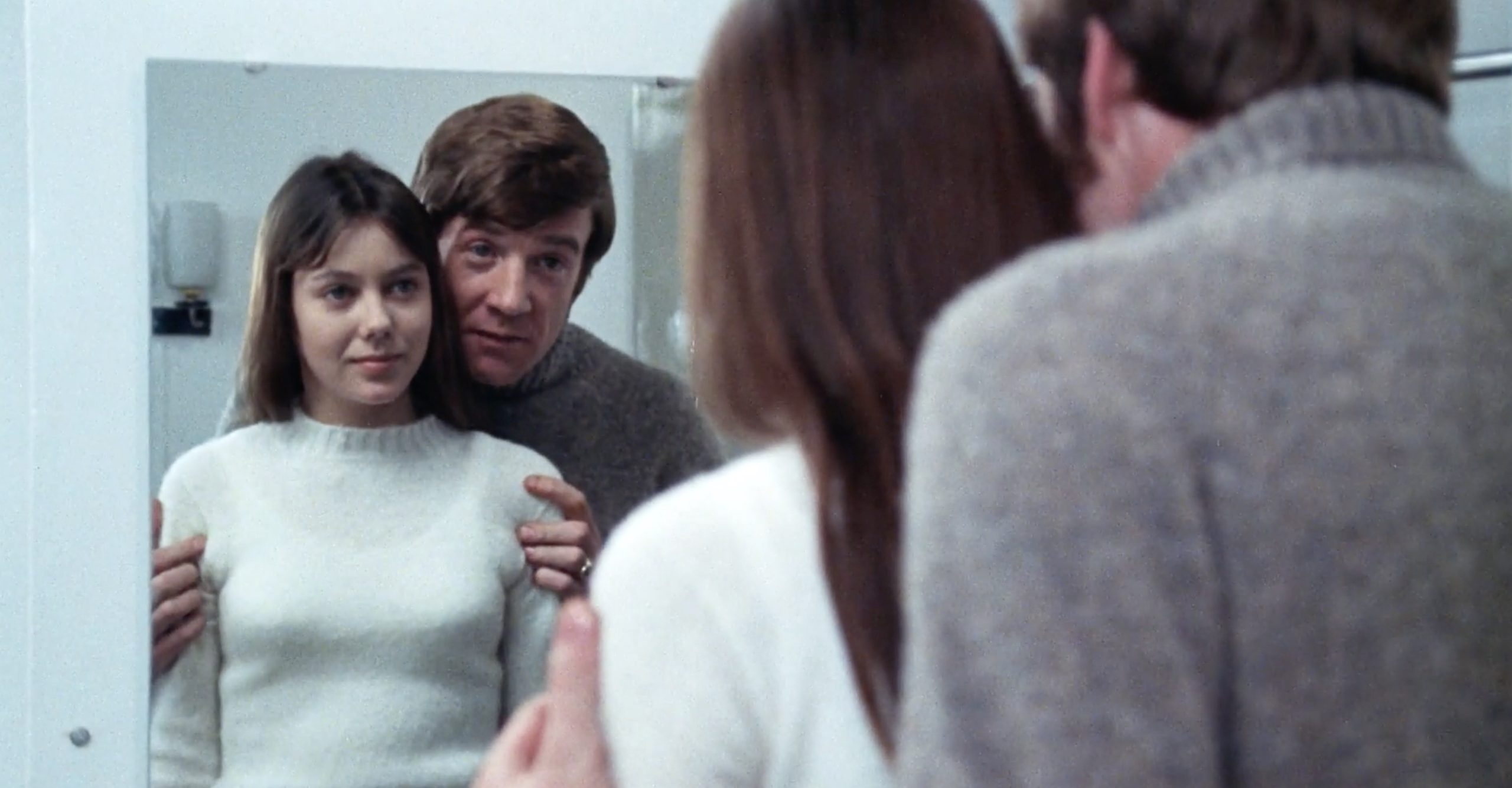 The Blu-ray package itself, boasting excellent new artwork from Jacob Phillips (who also illustrated the recent hit graphic novel miniseries That Texas Blood with TFH alum Chris Condon) is rounded out by glossy booklet essays on Greene’s filmography, from Amanda Reyes, and the creative collaboration between Greene and experimental composer Basil Kirchin, by Matt Stephenson. For much of the film, Kirchin’s rather chipper score and the upbeat theme song from Lindsey Moore theme song belie the film’s reality as an unsettling family drama and, eventually, a spooky serial killer thriller, until Wynne’s dogged pursuit of the local serial killer finally catches up with her.

As to the title itself, it’s a reference to Wynne’s childish practice of counting in her head when frightened to calm herself down. The name serves a nice dual purpose — as a reminder that Wynne is still very much a kid, and a hint that there may be truly scary elements of this story for which such a coping mechanism could actually come in handy.

The film stands as quite an impressive early showcase for Agutter, whose performative skills are in fine form as the precocious, fantasy-prone teen striving full-bore towards adulthood. The actress would put her chops to great use following I Start Counting. She starred in a bevy of well-regarded genre fare throughout the 1970s and into the 1980s, including the Australian outback survivalist drama Walkabout (1971, where she was reunited with I Start Counting production designer Brian Eatwell), the dystopic sci-fi fugitive tale Logan’s Run (1976), the bizarre Sidney Lumet thriller Equus (1977), and of course TFH Guru John Landis’s lupine horror-comedy classic An American Werewolf In London (1981).

In Agutter’s longer interview, she explains that, though she got her professional start as a preteen child actress and was a seasoned pro at age 16 when cameras rolled on I Start Counting in 1968, she had little theatrical training, and subsequently credits David Greene with helping her create such a memorable star turn. “David Greene was extremely good at accessing that part of me that used the imagination as a child does to invent and to play in the scene,” Agutter notes. “It was a happy shoot, and I think that comes very much from your director.”