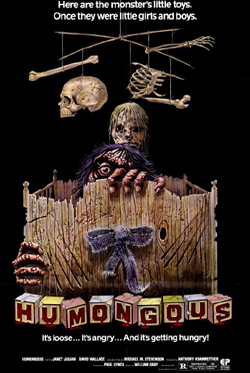 Director Paul Lynch followed his hit Prom Night with this teens-vs.-slasher item, poorly received in its day but now undergoing a sort of rehabilitation. One of the last of the Canadian horror pickups released in the early 80s by Avco Embassy in their bid to compete with New World. Soon after, the studio was sold to TV mogul Norman Lear, who discontinued horror films.