William Wyler’s 1960s screwball heist comedy is a squeaky-clean high fashion vehicle for stars Audrey Hepburn and Peter O’Toole — who of course aren’t really crooks despite pulling off a major art theft. It’s lush, beautiful to look at and directed with verve by Wyler; with some funny jabs at the art world from screenwriter Harry Kurnitz. 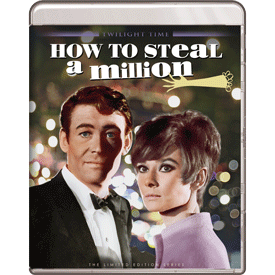 There’s no denying that Audrey Hepburn had a fairly incredible run of hits in the 1960s: The Nun’s Story, The Unforgiven, Breakfast at Tiffany’s, Charade, My Fair Lady, Two For the Road and Wait Until Dark. 1966’s escapist thriller comedy How to Steal a Million doesn’t get half the attention of any of those pictures, despite being directed by William Wyler, the brilliant actor’s director who guided Hepburn to early success in Roman Holiday just thirteen years before. It’s a perfectly good show, lavishly produced in a way we simply don’t see any more. And Ms. Hepburn is for once romantically involved with an actor approximately her own age. 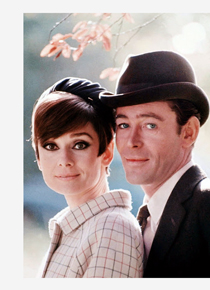 The story is an elaborate trifle that places the actress and fellow star Peter O’Toole at the center of an exciting, somewhat silly heist tale. Dutiful daughter Nicole (Hepburn) lives in a fabulous Parisian house with her father Bonnet (Hugh Griffith), a great artist happily addicted to producing and selling major art forgeries. The main trick is to sell them to rich individuals unlikely to sell them, like American big business magnate Davis Leland (Eli Wallach). Nicole is highly aware that experts with scientific tools will uncover Bonnet’s scheme the moment one of his forgeries is examined, but he blithely believes that day will never come. Bonnet unwisely allows a gloriously perfect Cellini sculpture he has forged to be displayed by a swank Paris art museum. Meanwhile, Nicole surprises an unusually genteel burglar, Simon Dermott (Peter O’Toole) when he breaks into her house. They begin a shaky romance. Simon is really an art security expert trying to see if Bonnet’s art collection is fake; his boss DeSolnay (Charles Boyer) is waiting for a verdict. Nicole and Bonnet panic when the museum summons a famous art expert to examine the Cellini for insurance purposes, which will bring down everything. Then Nicole gets an idea — she can save her father if her new ‘burglar’ friend Simon will help her steal the sculpture. All they have to do is defeat the most sophisticated anti-theft precautions in the art world.

How to Steal a Million is one of those featherweight, star-driven romances that gives audiences the things they crave: attractive stars and lavish production values. William Wyler’s good taste and polished direction insures that nothing breaks the heist comedy’s fantasy bubble. Hepburn can perform this sort of role in her sleep, and to some degree is simply repeating herself — plenty of time is spent admiring her Givenchy fashions, which range from classy gowns to slightly pop-art creations that require matching oversized glasses to look correct. This was a big deal at the time. Even as she began to age, Hepburn gave the models in fashion magazines a run for their money. Add to that the lush settings by designer Alexandre Trauner (The Apartment, The Private Life of Sherlock Holmes) and the rich Panavision cinematography of Charles Lang, and How to Steal is almost intimidatingly attractive. 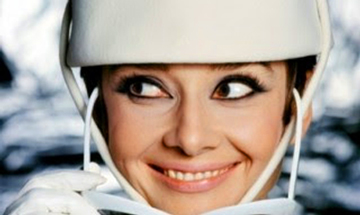 Hepburn and O’Toole generate some nice chemistry, even after he sent up his lover boy image in the previous year’s What’s New Pussycat?. When Peter gives Audrey his blue-eyed stare, we know we’re in the realm of movie star magnetism. Hugh Griffith has an uncommonly light touch as the amusingly dishonest artist. Straight men Eli Wallach and Charles Boyer are tasked with enabling the plot machinations of screenwriter Harry Kurnitz, and are thus given less opportunity to shine.

Those plot machinations are rather well worked out to aid Simon and Nicole in their fantasy crimeRecalling those Depression-era light thrillers featuring jewel robbers seducing daffy heiresses, How to Steal gives us nice people living in unreal opulence, who can zip around Paris in glorious sports cars and spend their afternoons in swank restaurants. Museum officials and even the police treat them like royalty. Maintaining artist Bonnet’s dishonest illusion seems acceptable because he’s such a charming devil. . Art forgery is teased as harmless fun, as there are no crime victims except those who can afford to be victimized, like Wallach’s eccentric millionaire. An art expert is willing and capable of committing a fabulous heist ‘for a good cause,’ mainly romantic attraction. Hepburn’s Nicole has no idea how Simon is going to pull off the big heist, and is therefore as surprised as we are when it succeeds. 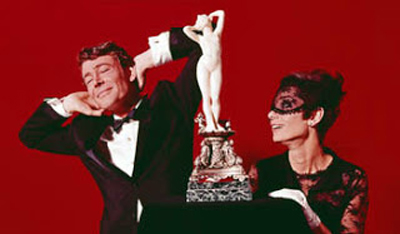 Nobody takes the heist particularly seriously, yet it remains interesting even when it devolves into slapstick, with bank guard Jacques Marin boiling over in frustration. Nothing about the crime is particularly memorable, or even credible — but style and personality carry it through. When Marin does his double- take at the old wine bottle that has been put in place of the purloined statue, we have to admit that the movie is working.

Hugh Griffiths has the best dialogue lines, which is probably why he comes off so well: “In his lifetime Van Gogh only sold one painting, while I, in loving memory of his tragic genius, have already sold two.” Hepburn and O’Toole are of course given plenty of cute repartee, which they carry off in high style. As part of the scheme Nicole must dress as a washerwoman, yet even in a frumpy set of overalls, she looks entirely chic. This cues an in-joke comment from O’Toole’s Simon: “Well, for one thing, it gives Givenchy a night off.” 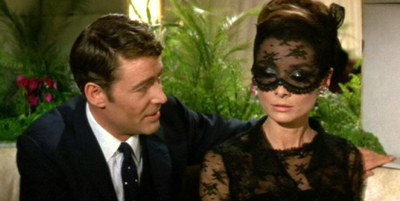 As I said above, How to Steal a Million is one of those pictures that made a mint on release yet isn’t the kind of show to merit major critical revisits. A museum doing a retrospective of Audrey Hepburn or William Wyler would likely pick other titles. Wyler’s fairly astounding career was coming to a close, with the smartly directed Funny Girl again helping a great talent make an impressive film debut. How to Steal a Million remains smoothly entertaining, but it does tend to slip from the memory.

The Twilight Time Blu-ray of How to Steal a Million shows William Wyler’s glossy romantic comedy at its best; as with TT’s disc of Ms. Hepburn’s final standard romantic vehicle Two for the Road, this HD presentation positively dazzles. The stereo mix brings out the lightness of John Williams perhaps too cutesy music score, which at least doesn’t go in for too many French clichés.

That Williams music is auditable on its own Isolated Track, while an audio commentary is provided by the late Eli Wallach and William Wyler’s daughter Catherine, a producer in her own right. The trailer is present, along with an A&E TV bio on Audrey Hepburn that skates through her career, from highlight to highlight. If you have the old Fox DVD from 2004, be mindful that it carries French and Spanish audio tracks, which this new Blu-ray does not.

Julie Kirgo’s liner notes zero in on the accomplishment of William Wyler, reminding us that he takes on yet another genre with How to Steal, and again succeeds mightily. Kirgo also appreciates the film’s obviously hard-earned high style and sophistication.