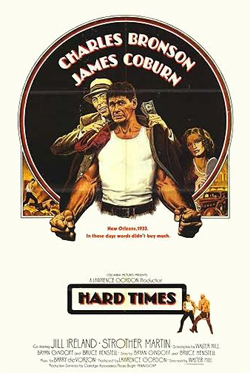 Bare-knuckle boxing in 1933 New Orleans with a buff Charles Bronson in the ring and James Coburn as his sleazy (what else?) promoter. Writer Walter Hill’s directing debut is gritty, brutal and riveting. Great support from the always reliable Strother Martin. At some point this film was recut from an R rating to a PG.

Buy it on Amazon