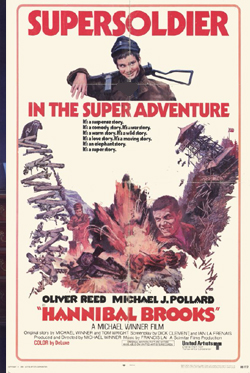 From director Michael Winner’s early unpredictable period comes this curate’s egg of a WW II movie aimed, apparently, at families and counterculture fans of Bonnie and Clyde second banana Michael J. Pollard. Escaped POW Oliver Reed rescues an elephant from a bombed-out Nazi zoo and tries to get her to Switzerland in a scenario based on the true life story of Olga, an elephant rescued from the Vienna Zoo in 1944. This is a textless trailer, which accounts for the opening seconds of black background.