Have the classic films of Hammer been subjected to more reissues than The Beatles? Not by a long shot but it can feel that way to dedicated Hammer-heads. The relentless tide of upgrades and re-packagings both foreign and domestic, each with their own pleasures and pitfalls, could inspire loyal fans to lobby for their own version of the Consumer Protection Agency – Home Video Division. Here’s a look at what should have been the definitive collection – from 2016, Universal’s Hammer Horror 8 Film Collection. 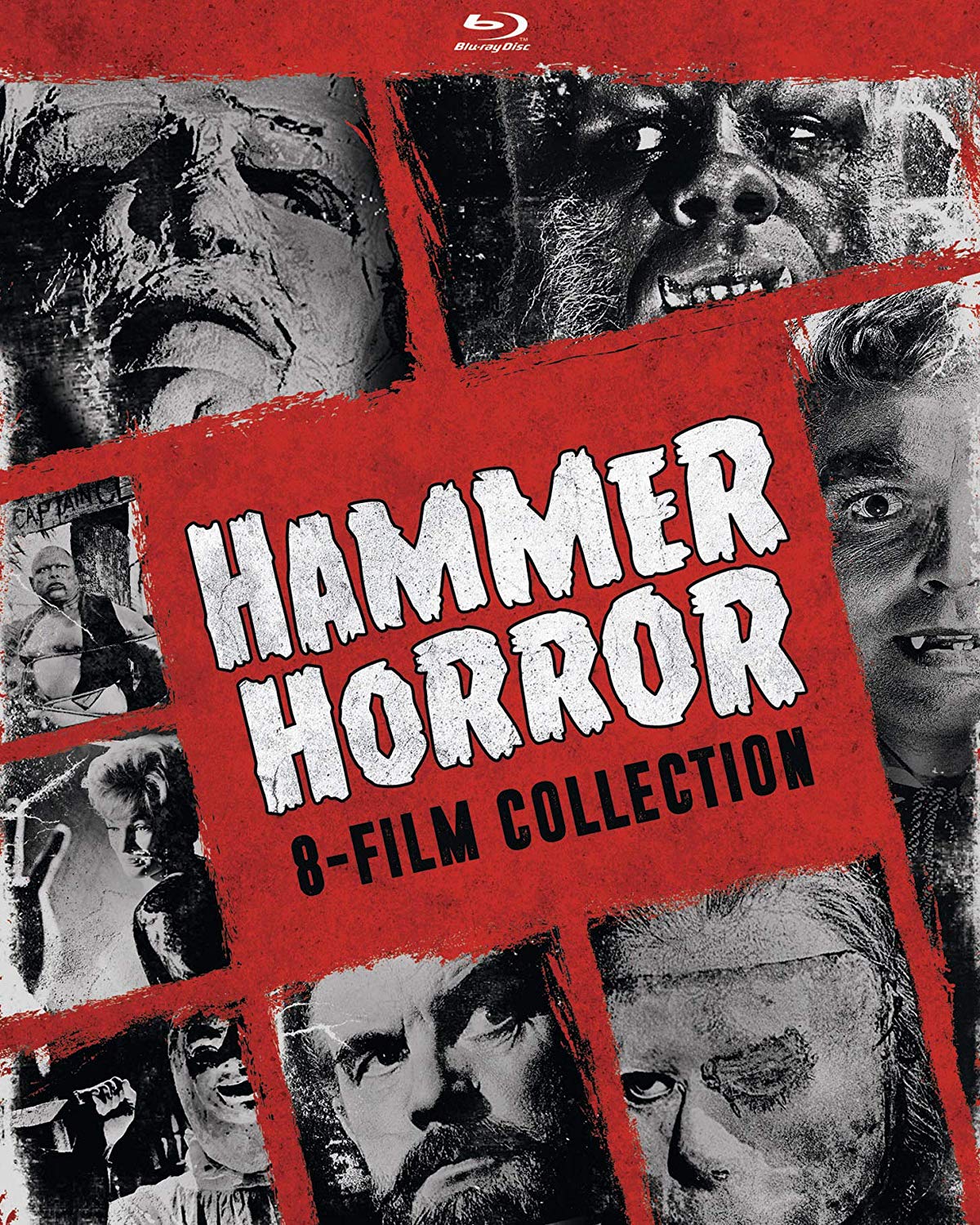 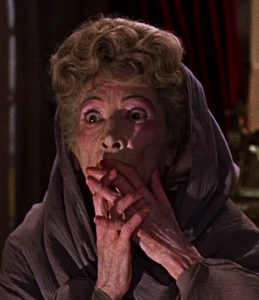 When production began on the inevitable sequel to Hammer’s Horror of Dracula, Peter Cushing returned as Van Helsing but Christopher Lee’s Count was missing in action – fortunately Cushing was presented with an equally intimidating antagonist in Martita Hunt as the implacable Baroness Meinster. The steely dowager acts as the reluctant gatekeeper for her undead son the Baron Meinster, a preening poster boy for spoon-fed aristocrats the world over.

Unlike the bug-hungry Renfield, the Baroness has a personal stake in coddling the vampire in her life – while keeping her ravenous offspring chained to a bedpost she does his dirty work, scouring the countryside for wayward souls ready to serve as The Brides of Dracula.

It’s a pity Lee is absent, on a purely pictorial level, the 1960 release is Terence Fisher’s most bewitching film – a gothic fairy tale brought to life by Jack Asher’s jewel-box cinematography, Les Bowie’s storybook matte paintings and an energetic vampire-hunter commanding center stage. The action-packed finale is a Peter Cushing highlight reel – trapped in a blazing windmill by the Baron and his shapely consorts, the actor dispatches the bloodsuckers with a swash-buckling panache Errol Flynn would applaud. 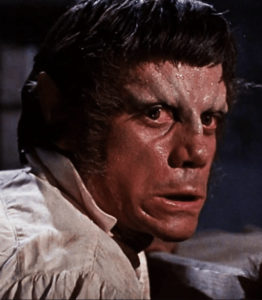 Most Hammer horrors have their tragic moments but The Curse of the Werewolf begins on an image both poignant and fearful, a close-up of the monster’s tear-stained scowl. Powered by Benjamin Frankel’s relentless score, Terence Fisher’s 18th century melodrama – a blood and thunder tale of doomed romance and the ties that bind – takes on an operatic dimension.

As in The Brides of Dracula, the bloodthirsty creature is one of the family and once again all roads lead to disaster. Clifford Evans plays Don Alfredo Corledo and Oliver Reed is his adopted son, the misbegotten Leon, conceived in trauma and cursed at the moment of his baptism.

The storm-tossed Reed must have taken this role to heart – the struggle with his dark side is the raging conflict at the center of the movie and his inevitable submission to the beast within is as terrifying as any moment in Hammer. But Evans’ compassionate portrayal of a father with only one sure cure for his son’s ailment ends Fisher’s film on a purely sorrowful note. Frankel’s music is a fitting requiem for them both. 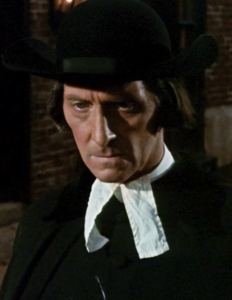 By day the Reverend Christopher Syn was a kindly cleric and scholar, by night a swashbuckling freedom fighter who took up arms in the guise of a cackling scarecrow. Patrick McGoohan most famously donned the collar and fright mask in Disney’s The Scarecrow of Romney Marsh but not before Peter Cushing had a crack at it. In Night Creatures he plays Parson Blyss or as he’s known on the moor, Captain Clegg.

Directed by Peter Graham Scott, the film was one of Hammer’s scandalous “historical horrors” – a studio sub-genre that felt all the more lurid by ignoring supernatural fancies and wallowing in real world vice. The bloody tale revels in the truth about the gentle vicar’s sordid past – including the time he punished a neer do well by removing his tongue. Anthony Hinds’ script concentrates on the cat and mouse game between Clegg’s men and the King’s army – but the two-faced minister won’t find peace until his own house is in order. 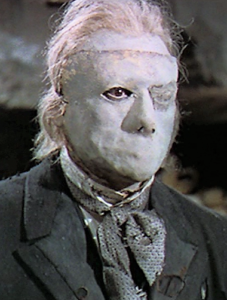 There were high hopes for Hammer’s take on The Phantom of the Opera; a symphonic backdrop, expansive sets and Cary Grant behind the mask. One by one director Terence Fisher’s dreams were dashed but he and his crew – as the English do – carried on. Released in 1962 and relegated to a double bill with Captain Clegg, the result would have been a wan reminder of what might have been but for the presence of Herbert Lom as Professor Petrie, the elusive opera ghost. Both eerie and empathetic, it’s one of the actor’s most heartfelt performances.

Fisher makes ends meet even with the cramped settings and John Elder’s rote retelling of the phantom’s origin story (Elder was Anthony Hinds’ pseudonym) while Edward de Souza and Michael Gough lock horns with barely suppressed glee. The finished product falls short of Fisher’s grand scheme but at 84 minutes the film is a painless time-killer – except for the risible opera sequence (those lyrics!) that presages Petrie’s downfall. Lom, according to at least one dedicated fan, is the definitive Phantom. 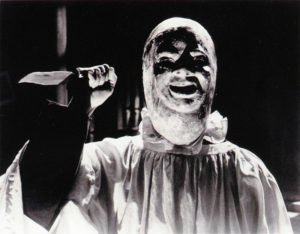 Janette Scott plays Eleanor Ashby, a gloomy lass still haunted by the mysterious suicide of her brother Tony. Her other brother Simon (played by a more surly than usual Oliver Reed) is no help – contemplating the fortune he’ll inherit if Eleanor is out of the picture, Simon is hard at work to have her institutionalized. It shouldn’t be that difficult – she’s convinced Tony is calling to her from the grave.

With Reed glowering from behind his shot glass, there’s not much work to be done sussing out the mysteries of Paranoiac but Freddie Francis’s direction is nicely circumspect and Arthur Grant’s black and white camerawork paints a reliably spooky playground for the demonic siblings, especially when they’re shadowed by a grinning incubus who prowls the family chapel with knife in hand. Still those shocks can’t compare to the queasy sensations that appear whenever Reed sidles up to Scott – a fragile English rose who threatens to wilt whenever he’s near. 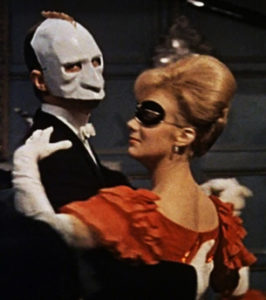 The leader of an upscale vampire cult and a revenge-minded professor do battle for the souls of two footloose honeymooners in 1963’s Kiss of the Vampire. Starring Noel Willman as the sect’s ringmaster and Clifford Evans as his antagonist, the film is one of the most delicately perverse of the Hammer shockers. Directed by Don Sharp, the movie’s sweeping ballroom sequence set the plate for the sinister ensembles in Dance of the Vampires and Eyes Wide Shut.

Hinds’ story is fiendishly predictable but the kinky details (the wide-eyed bridesmaid is inducted by the cult and grows up fast) are welcome distractions. And it’s worth the wait for the high-flying climax – Evans conjures up a night sky full of bats to swarm the castle and decimate Willman along with his bloodthirsty party-guests. 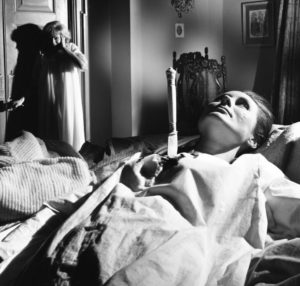 A child is sent to boarding school after witnessing her mother murder her father but the trauma lingers – her return home only triggers a series of macabre visions featuring a ghostly woman in white and a few more murders.

Nightmare is convoluted but crammed with atmosphere. Director Freddie Francis works overtime poking and prodding Jimmy Sangster’s script to its illogical conclusion and works up a few shivers along the way, thanks mainly to Clytie Jessop, the ghostly governess of The Innocents up to her old tricks. 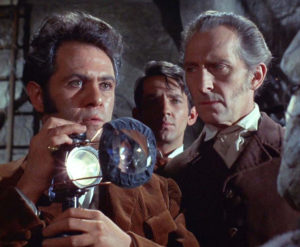 The Evil of Frankenstein, Hammer’s third entry in their Shelly-inspired saga, might be a metaphor for the creature itself, pieced together as it is from a graveyard of horror movie cliches. Freddie Francis directs and Peter Cushing returns as Dr. Frankenstein who stumbles upon the pathetic remains of his creature and uses a local hypnotist to revive it.

Cushing’s appearances as the obsessive doctor kept audiences guessing for nearly 20 years – it was never clear which Baron would show up – the ruthless killer of The Curse of Frankenstein, the beneficent metaphysician of Frankenstein Created Woman or the coolly pragmatic body snatcher of The Evil of Frankenstein. Ironically he managed to combine all those disparate characteristics into one brilliant performance far removed from the Frankenstein mythos and Hammer Studios – the mightily conflicted Robert Knox of Baker and Berman’s The Flesh and the Fiends.

Universal’s set is something of a crap shoot – some of the films look rather average (sadly Brides and Curse are distinctly sub-par ) and others more than acceptable. Phantom’s image is particularly fine – ironic considering its long-time also-ran status on home video. The sticking point – and it’s a big one – is that save for Paranoiac and Nightmare (each lensed in CinemaScope and looking silky smooth) the films have been transferred with image-wrecking aspect ratios.

A reliable colleague notes that the Universal tech crew worked with documentation from various sources – lab notes, markings on film cans and references to earlier transfers. “All these can be conflicting approaches – an IP set lists 1:85 whereas a dupe neg might be labeled 2:1. Why any of the Universal set would be listed as 2:1 is a complete mystery.”

One key to that head-scratcher – film archivist Bob Furmanek points out that 2:1 was an official aspect ratio at Universal — but only for a few months in 1955. It’s also the AR for films converted into Superscope.

Thanks to Glenn Erickson and his cohorts for the technical info. And here’s further insight into other home video incarnations of Hammer from Glenn and a guest contributor.