In the latest installment of our 2022 Streaming Wars series, some interesting streaming platforms continue to encroach on the overall market dominance of Netflix, for now still the most popular service. As usual, our pals at JustWatch, the streaming fan’s go-to resource for locating every film and TV title online, compile a quarterly assessment of Streaming Video On Demand (SVOD) engagement from U.S.-based fans on their site. That is to say, they measure which titles are most frequently searched for, and from which streamers those titles stem.

From the second quarter of 2022 (spanning April 1-June 30), it appears that Netflix’s stateside stranglehold over the market dipped by 2%. The web’s original go-to streaming destination now leads its closest competitor, Prime Video, by the slimmest of margins, 21% to 20%, when it comes to gauging fan interest on JustWatch. Close behind that dynamic duo are Apple TV+, Disney+ and HBO Max, all of whom saw their relative fan interest in the marketplace increase by 1%.

Hulu, meanwhile, lost ground. The Disney-owned streamer saw its viewer engagement slip by 1%. Paramount+ held steady with 4% of the market, the same percentage it enjoyed during the first quarter of the year. 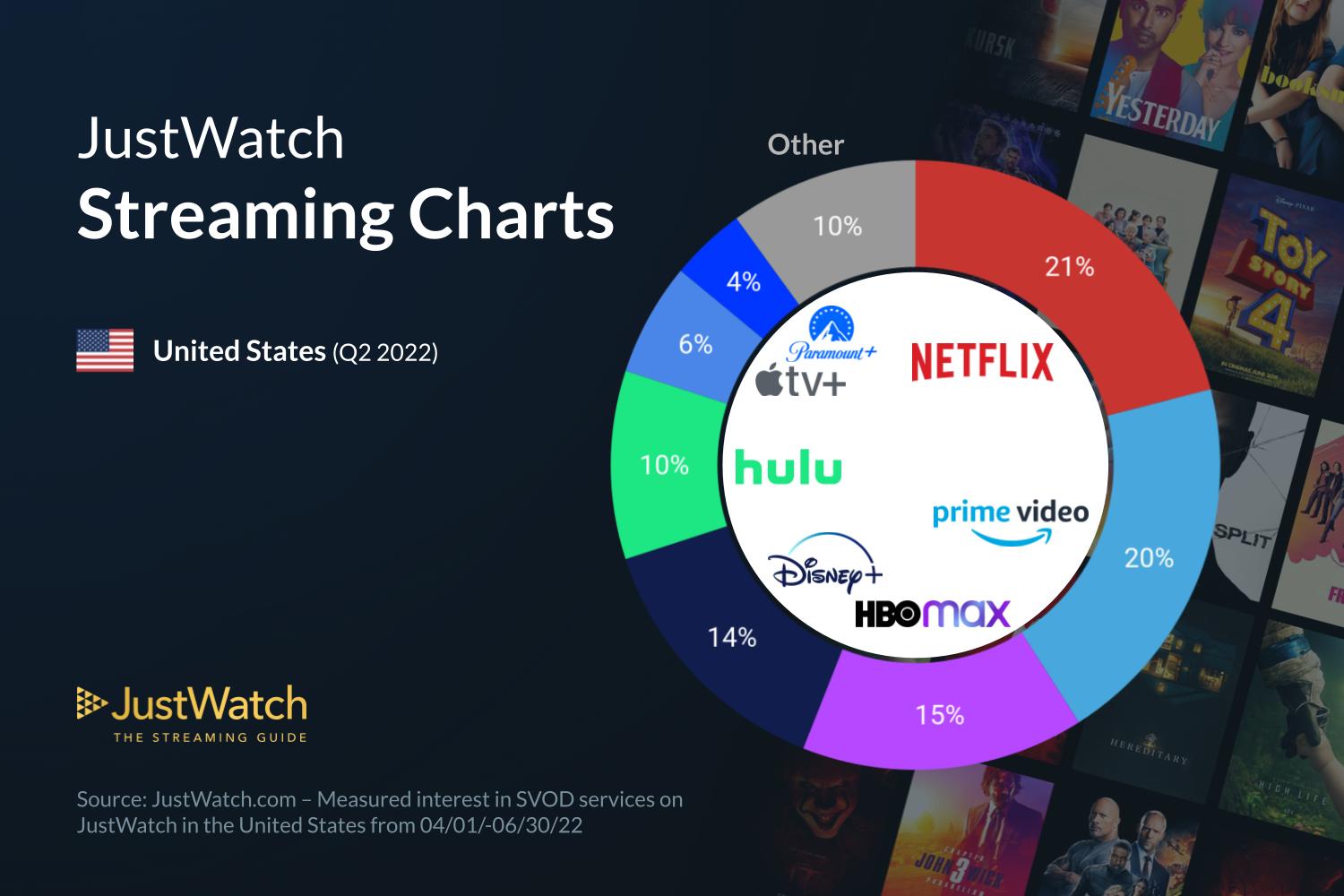 Netflix continues to lead the way, thanks in part to original features like Senior Year, Hustle, Halftime, The Bubble, Metal Lords, plus new seasons for hit series like Stranger Things, Ozark, Grace And Frankie, and The Umbrella Academy. Though Netflix’s catalogue of classic licensed fare has dwindled thanks to an onslaught of streaming competitors, it remains the brand to chase in the streaming space. At least, for now…

Overall for 2022, HBO Max and Apple TV+ have picked up the most overall ground domestically, per JustWatch’s research. Cumulatively, both sites have grabbed an additional 2% of the overall SVOD market. Netflix has lost a total of 2% since the start of the calendar year. 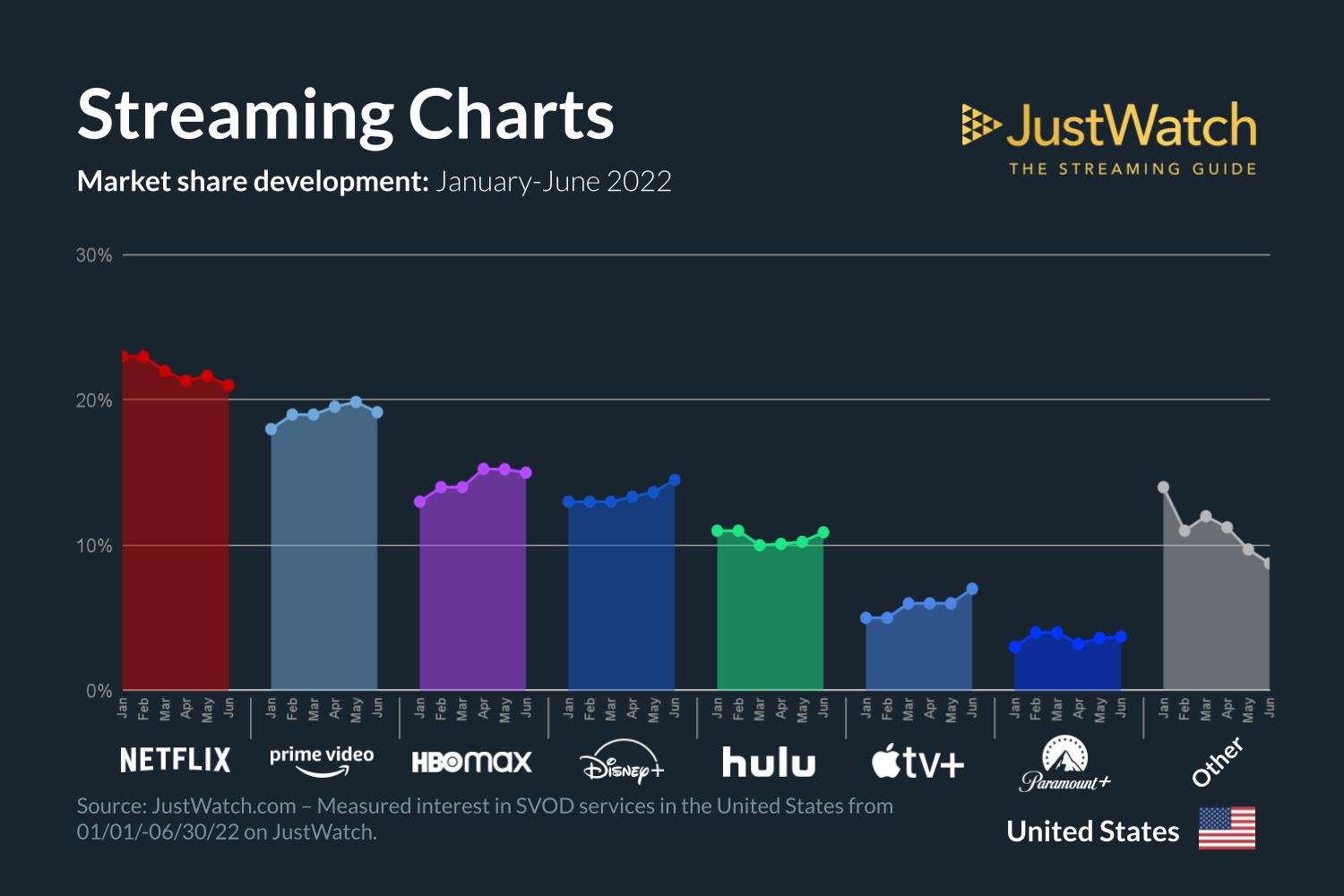 What does the future hold for these streaming leaders in the months ahead? Will Shudder ever break into the top seven most-searched streaming platforms? Tune in right here for your next Streaming Wars update this fall.