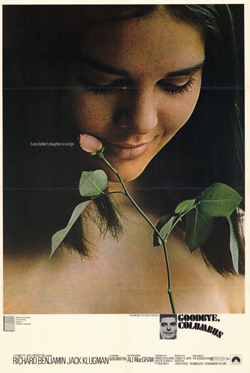 Director Larry Peerce’s 1969 adaptation of Philip Roth’s 1959 debut novella stars Richard Benjamin as the librarian lucky/unlucky enough to fall into an affair with nouveau riche Ali McGraw (also her debut in a lead role). With the help of Arnold Schulman’s (Oscar-nominated) script and a solid supporting cast (including Jack Klugman) the film offers up a admirable approximation of Roth’s finely observed prose.