The Nazis can’t even keep the National Socialist propaganda out of a simple science fiction fable. Hans Albers is the Aryan King Midas as a scientist, and gorgeous Brigitte Helm the Englishwoman who thinks he’s peachy keen. The climax is pure Sci-Fi heaven, an unstable ‘Atomic Fracturing’ installation, wa-ay deep down in a mineshaft under the ocean. 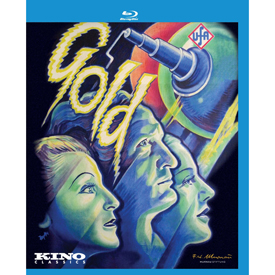 The Hardy Encyclopedia of Science Fiction still teases Sci-fi fans that want to see everything listed in its pages. Thankfully, videodisc companies catering to collectors make possible the sale of titles that might never show up on some (authorized) streaming service. Video disc has brought us the original Der Schweigende Stern and Alraune from Germany, and I hope to someday see good copies of Kurt Siodmak and Karl Hartl’s F.P. 1 Does Not Answer and the Harry Piel Sci-fi trilogy An Invisible Man Roams the City, The World Unmasked (an X-ray television camera) and Master of the World (a robot with a death ray). I’ve read about Karl Hartl’s 1934 Gold for at least fifty years, since John Baxter’s Science Fiction in the Cinema told us (not quite correctly) that its final reel had been borrowed for the conclusion of Ivan Tors’ 1953 Sci-fi picture The Magnetic Monster. As it turns out, Kino is releasing both movies in the same week.

Sometimes referred to as the Nazi Metropolis, Hartl’s Gold is a follow-up to the director’s very successful F.P.1. Does Not Answer, a spy thriller about a fantastic airport in the mid-Atlantic called Floating Platform One. Both pictures were filmed in simultaneous foreign versions to maximize the box office take. The German original of F.P. 1 starred matinee idol Hans Albers (The Blue Angel) Sybille Schmitz (Vampyr) and Peter Lorre, while a concurrent French version used Charles Boyer, Danièle Parola and Pierre Brasseur. A third English version starred Conrad Veidt, Jill Esmond and Donald Calthrop. The French version of  Gold starred Brigitte Helm in the same role, but star Hans Albers reportedly rebelled at making two movies for the price of one. 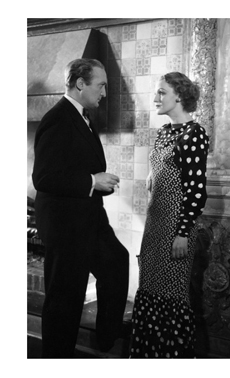 According to reports, the exceedingly expensive Gold was in production for fifteen months. We can see the cost immediately in the enormous main set for the ‘atomic fracturing’ machine built to transmute lead into gold. Otto Hunte and Günther Rittau designed and filmed special effects for Metropolis and the impressive set is very much in the same style. Off the top of my head I can’t think of any technical apparatus quite so elaborate (and solid-looking) built for a film until the 1960s and Ken Adam’s outlandish settings for UA’s James Bond films.

Writer Rolf E. Vanloo had worked on the silent classic Asphalt and is the sole writer credited on the popular Marlene Dietrich vehicle I Kiss Your Hand, Madame. His screenplay for Gold is tight and credible, even if its theme is even more simplistic than — and somewhat similar to — that of Thea von Harbou for Metropolis.

Scientist Werner Holk (Hans Albers) aids the visionary Professor Achenbach (Friedrich Kayßler) in testing what looks like an electric atom smasher. The experiment: to turn lead into gold. The ‘Atomic Fracturer’ explodes, killing the old genius, whose work is discredited. Holk barely survives, thanks to a blood transfusion from his faithful girlfriend Margit Moller (Lien Deyers). When agents for the fabulously wealthy Englishman John Wills (Michael Bohnen) contact Holk, he realizes that the experiment was sabotaged. Werner allows himself to be taken to a fabulous yacht and from there to a Scottish castle, where, hundreds of feet under the ocean, Wills has constructed his own, far larger atom smasher with plans stolen from Achenbach. Split between his need for revenge and a desire to prove the dead Achenbach’s theories, Holk goes through with the experiment. Wills’ daughter Florence (Brigitte Helm), a gorgeous playgirl, is attracted to the German visitor.  Holk finds that the workers’ foreman, Schwarz (Rudolf Platte) is of a like mind on economic issues. But Wills’ engineer Harris (Eberhard Leithoff) is jealous of Holk’s talent, and cannot be trusted.

Gold begins by repeating the ‘big money hostile takeover of science’ theme from Fritz Lang’s Frau im mond: a pioneering German scientific exploit is siezed by an unscrupulous international business entity. The unspoken message is that the weakened Germany is being cheated in the world economy because it lacks the resources to exploit its superior technology. The avaricious John Wills makes big financial decisions all day long. There’s no gray area in this conflict, as Wells murders, steals and spies on people to get what he wants. We’ve seen his ruthless agents wreck Achenbach’s original, modest experiment. This ‘England plays dirty’ theme mirrors Germany’s bitterness toward England for at least the better part of a century of colonial, naval and financial competition. Versailles and WW1 aren’t mentioned, but that had to be on the minds of the audience as well: Germany innovates and works hard, but is consistently handed a raw deal. 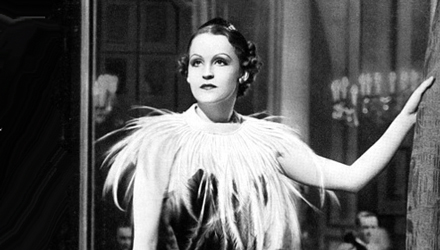 The scenes with the sleek, fascinating Brigitte Helm would be better if they went somewhere; her Florence does what she can to entice Herr Holk but withdraws when he declares his love for his faithful girl back home, the one whose life blood now flows in his veins. ‘Das Blut’ cannot be dishonored, even if Holk believes that Wills is going to have him murdered after the giant machine starts turning out Gold by the ton.

Act Two instead becomes a conflict between Big Capitalism and the lowly-but-virtuous Working Man. Down in the underground warren of tunnels (another Metropolis parallel) Wills’ Scottish workforce of sandhogs and technicians side with Holk against their boss. After a preliminary test yields a tiny bit of gold, we get the expected montages of worldwide economic panic, standard material in socially oriented sci-fi as diverse as La fin du monde and Red Planet Mars. Wells plans to grow rich by flooding the world with his artificially produced gold, a strategy that will have to be explained to me. Gold is the world’s standard of value precisely because of its rarity; it can’t be printed up like money. Thirty years later, the surprisingly sophisticated scheme of Auric Goldfinger is to increase the value of his stash of bullion by rendering America’s gold reserves radioactive, and therefore worthless. If scarcity raises the value of the element, making more should do the opposite. (On the other hand, what about artificial diamonds? Is there any correspondence there?)  I’m acutely aware that discussing the subject matter of movies mainly points up how much I don’t know, about anything but movies.

The Incredible Holk convinces the mob of workers that he represents their interests better than the greedy John Wills. The idea that rich English capitalists need to be rejected in favor of honest German morality is the only real message here. It’s as simple as the ‘heart mediating between the hands and the brain’ slogan of Metropolis, but with a slightly arrogant nationalism added. 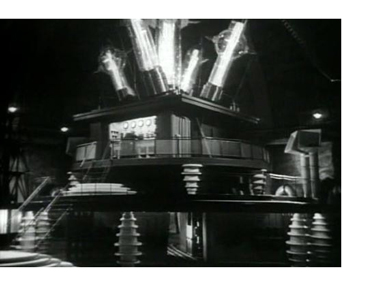 The lavishly produced Gold was filmed on a series of truly impressive sets, including Wills’ enormous Scottish mansion. But the giant setting for the climax, deep in a mine under the ocean floor, is the stuff of core Sci-fi. Millions of volts of electricity are harnessed to transmute lead into Gold. That’s got to be a heck of an electricity bill; factor in the other enormous overhead costs and we wonder if Wills will ever turn a profit. The special effects for this sequence are sensational. The enormous apparatus is suspended on huge oversized porcelain insulators. The giant glass tubes atop the specimen stage are apparently visualized with mattes and foreground miniatures. But the camera pans and trucks all over the hangar-sized set; it all looks real, with bolts of electricity flashing like crazy. It’s a dynamic special effect highlight of the 1930s.

The actors sell the conflict well. Beefy Hans Albers sometimes looks like George C. Scott. He exudes personal integrity and a calm force of will. Lien Dyers is as wholesome here as she was wantonly sexualized six years earlier in Fritz Lang’s Spies.  Michael Bohnen is more than convincing as a powerful man trying to corner all business on an international scale. Although mostly in for decoration, Brigitte Helm is a sophisticated dazzler. Those penciled eyebrows remind us that she had become the Marlene Dietrich that didn’t go to Hollywood. Although she did have offers, Helm wanted to stay in Germany. The Nazification of the film industry and the appalling political climate motivated her to leave for Switzerland in 1935, abandoning her career.

Although the gist of Gold fits in with Josef Goebbels’ National Socialist propaganda aims, the movie doesn’t attack England directly. Ufa may have held hopes of foreign distribution. The one man in Scotland that Holk knows he can trust is the captain of Wills’ yacht, a fellow German. Nine years later, Josef Goebbels’ anti-British version of Titanic would make a German the single ethical person in authority on the doomed ocean liner. The fellow is constantly badmouthing the craven captain and the venal English ship owner. When Hans Albers finishes this movie with a ten-cent moral about love being the only real treasure, the show seems plenty dumb. But that amazing special effect set piece is too good to dismiss so easily. Gold is a classic of giddy ’30s science fiction. 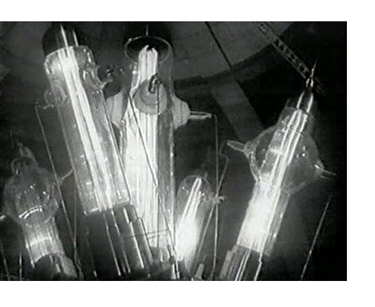 The Kino Classics Blu-ray of Gold (1934) is a good encoding of the Friedrich Wilhelm Murnau Stiftung’s best copy of this once-rare item. The print we see is intact and with has good audio, but the contrast is rough. It shifts and flutters a bit, especially in some scenes in the middle. I did notice that the final special effects sequences looked better than much of the rest of this surviving print. But the parts of the movie repurposed for The Magnetic Monster look better on that 1953 science fiction film than they do here.

In his book Film in the Third Reich David Stewart Hull explains that when the occupation forces reviewed the recovered German films, they ordered this one destroyed. They were concerned that the Alchemy / Atomic Fracturing machine might have some connection to Germany’s wartime nuclear program. So how could Ivan Tors have bought the footage from Ufa, if the U.S. Army had seized it? I have a feeling – just idle speculation — that it might have been obtained in a special deal made through government connections. Since the image looks much better on The Magnetic Monster, Ivan Tors might even have cut up Gold’s only existing original printing element to make his movie.

After finally seeing Gold, one more thing impresses me besides the grandiose special effects: it’s an early  ‘brain-drain’ espionage movie. In the ’30s, Germany had a reputation for the best precision engineering in the world. Werner Holk is semi-kidnapped to serve John Wills’ greedy science project, which was pirated from Germany in the first place. Also in awe of German scientific prowess is Brigitte Helm’s Florence. The playgirl finds Werner Wolk’s brilliance and clarity of mission irresistible. He’s both smarter and more ethical than her father. Holk just stands there looking like he’s posing for a statue, and Florence is carried away. Ms. Helm is terrific, but it would be nice if her character had a more central role to play in the story.