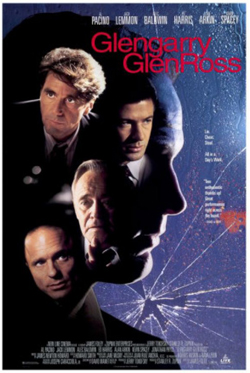 Director James Foley’s adaptation of David Mamet’s Pulitzer Prize winning play was a box office flop but has gained in stature due to its remarkable cast and viciously funny set-pieces  (Alec Baldwin’s “Always Be Closing” is kissing cousin to Gordon Gecko’s “Greed is Good”). The pressure cooker plot about four real estate agents fighting for their jobs in a claustrophobic Chicago office space is punctuated by Mamet’s memorably mean-spirited dialogue which is delivered by some of the finest actors of the time including Al Pacino, Jack Lemmon, Alan Arkin and Kevin Spacey. Pacino was nominated for an Academy Award and Lemmon was voted Best Actor by the National Board of Review.