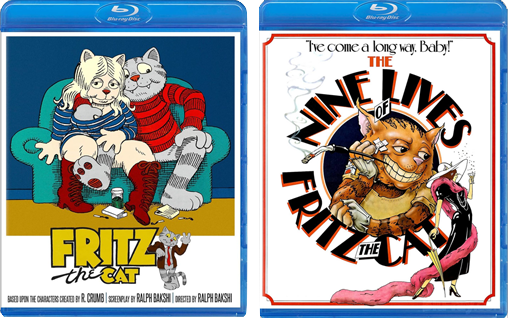 The typical toddler tends to relate more to the cuddly animals in a Disney cartoon than their own flesh and blood playmates. Robert Crumb and his brother Charles were anything but typical toddlers yet the boys were preoccupied with what was known as “funny animal comics”—everything from Bugs Bunny to Pogo. Their fascination took on an obsessive twist; for Robert the material was inspiration for his remarkable future as an artist, for Charles it was a trip down a long, dark rabbit hole. Those who weathered Terry Zwigoff’s harrowing Crumb learned a lot about the bleak side of childhood fantasy but they also learned about Robert’s compulsive work ethic and his focus on a house cat named Fred—a “typical big old nasty dirty tomcat” who starred in the brothers’ homemade comic strips.

As the boys labored over the years, their art became more professional—near prodigal in its sophistication. Poor Charles elected to fade away in a dimly lit bedroom while Robert escaped to a greeting card company in Cleveland. Four years later the fed-up cartoonist had drawn his last birthday cake—with the help of beat poet Charles Plymell and publisher Don Donahue, Crumb found an outlet for his more outrageous impulses in the form of a funny book. 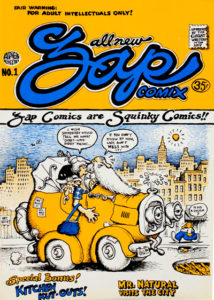 The first issue of Zap Comix, “For Adult Intellectuals Only”, was published in 1968 by Donahue’s Apex Novelties in San Francisco—Donahue himself trudged the streets of Haight-Ashbury selling the book out of a baby carriage. The comic was a smorgasbord of Crumb’s obsessions, 28 pages bristling with the crude sexuality of a Tijuana Bible drawn in the elastic-limbed style of depression era strips like Bud Fisher’s Mutt and Jeff and Frederick Opper’s Happy Hooligan. For those who hadn’t seen a comic book since Two-Gun Western, Zap lived up to its title—a shock to the system that revolutionized an art form. And with the barrier between Crumb’s libido and his fountain pen expunged‚ it was a transformational moment for its creator as well. Fred went through some ch-ch-changes too—the relatively sedate house cat was now named Fritz, a randy tabby who stood on his hind legs and got his marching orders from Henry Miller and Timothy Leary. 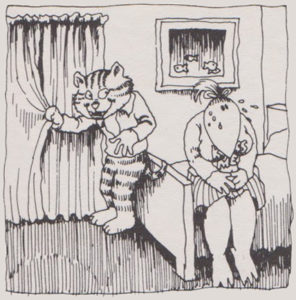 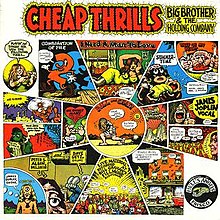 It was Ralph Bakshi cooling his heels at Crumb’s doormat—the 31 year-old Bakshi had become a force in the animation world, invigorating the moribund Terrytoons franchise before leading the animation unit at Paramount. After several disastrous business deals, Crumb’s mistrust of conglomerates was ingrained—53 years later he still fumes about his experience with Columbia Records and the Cheap Thrills album cover. Through a tangled set of circumstances, Bakshi finally made a deal with Crumb’s wife who held power of attorney. Crumb, a self-described “stoned-out hippie optimist”, harbored no ill will toward his missus but had plenty in reserve for the producers—he referred to them as “schlockmeisters” and their movie as “an embarrassment to me for the rest  of my life.” 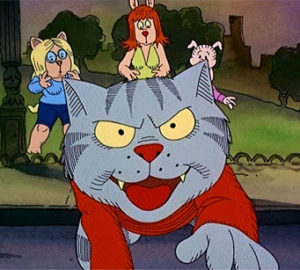 Produced by Steve Krantz, written and directed by Bakshi, and shunned by Crumb, Fritz the Cat opened in the summer of 1972. The film is based on three Crumb originals—Fritz the Cat, Fritz Bugs Out, and Fritz the No-Good. Bakshi followed Crumb’s original panels almost note for note and directed his artists to conform to the artist’s style—a sinewy look that merely hinted at the muscular, hyper-charged pen work of Crumb’s great later period (when Robert Hughes compared him to Bruegel it wasn’t hyperbole). Regardless of who was drawing him, Fritz remained an unstoppable libertine, the id made flesh and fur. Crumb seemed to view the furry reprobate with equal parts disgust and delight—appalled by the feline’s shallowness while delighting in his alley cat honesty. 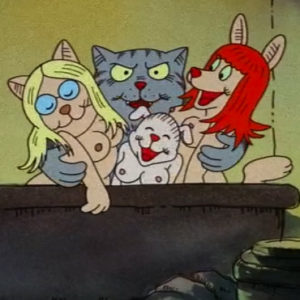 Opening on a muted watercolor panorama of Manhattan, the film is set, as a title card indicates, in “The 1960’s.” To be precise, 1966; John Huston’s The Bible is playing at the Loew’s State. Already airborne, the camera rises even higher above Times Square and lands on a construction site where a trio of hard hats grouse about college kids and their “free love” lifestyle. Meanwhile a crowd of tie-dyed bohemians in Washington Square are proving the hard hats accurate in their assessments. One cat prowling the scene wears a simple red sweater and, appropriately, no pants—it’s our hero Fritz and he proves supernaturally adept at scoring just about anything, whether it’s a hit or a hug; in the blink of an eye he’s sharing a bathtub with three bosomy Bryn Mawr types—bouncy little puppy dogs in snug capri pants and mini-skirts. The sex is presented in the bawdy spirit of an R-rated vaudeville show, nowhere near the “scandalous” rating that the distributors bragged about; “We’re not rated X for nothin’, baby!” The problem is, it ain’t funny, baby—even the sight of an aardvark schtupping a stoned undergrad fails to provoke a smirk (MPAA director Aaron Stern dubbed the scene “anthropomorphic intercourse”). 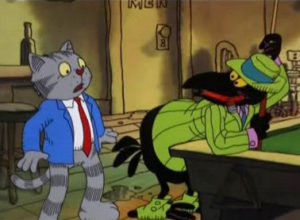 Being chased by a couple of cops (portrayed by pigs naturally) is only the beginning of Fritz’s journey, he burns down New York University, heads up to Harlem for a powwow with some stereotypically streetwise black folk (a murder of crows), engages in garbage can coitus and takes off to California where he joins a terrorist group and blows himself sky high. That’s a lot and there’s still not a laugh to be had. Part of the reason is baked into the production; there’s no need to animate Fritz because he’s already animated. Bakshi’s animation is quite vivid and produced in the spirit of the character—offhand and loose, yet precise; flesh jiggles like the real thing and when Bakshi integrates photographs into the art it suggests a cartoon universe seen through a neo-realist lens—a Brooklynese version of Yellow Submarine. But translating a comic strip like Fritz to the screen is a fool’s errand—no matter how many painted cels or photos make up Fritz the Cat, they can’t compare to the energy—or the comic timing—in a single Crumb panel. 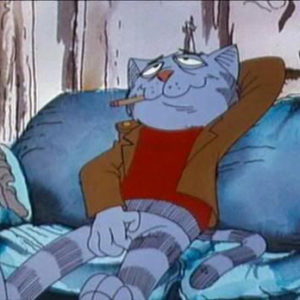 Remarkably, two years later Steve Krantz got his hooks into Fritz once again. This time Bakshi stayed far away and Robert Taylor, an animator who had worked with Bakshi on his Saturday morning spoof The Mighty Heroes, took on the direction of The Nine Lives of Fritz the Cat. The script was written by Taylor, Fred Halliday, and Eric Monte and it’s a clever concept—the entire film takes place inside Fritz’s stoned skull while he endures the brickbats of his fed-up wife. It’s an open-ended premise ripe for invention and only proves that too much freedom can be perilous for the uninspired; every one of the drug-induced vignettes are stupefyingly unfunny. His daydreamed incarnations include a nazi officer, a toilet seat salesman, an astronaut, and a furry Orpheus trapped in the underworld. Working for a greeting card company must be more rewarding than sitting through this.

Bakshi himself was painfully aware of the critical brickbats: “I did it out of my love for animation, my love for Robert. Maybe working with Robert was the dumbest thing I’ve ever done. It’s tough working with an idol. You touch a line of his stuff and it hurts a lot of people.” 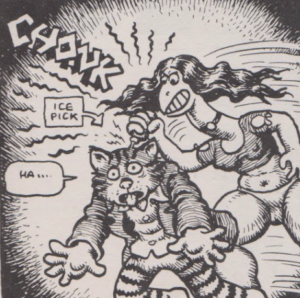 In 1972, Crumb wrote a story for The People’s Comics called Fritz the Cat, Superstar, in which he killed off his most celebrated character for good. And now Kino Lorber is trying their best to resuscitate the deceased kitty-cat; they’ve released both of Fritz’s adventures in filmdom on separate Blu ray discs. Though the image is rather coarse—not as coarse as the humor—the color schemes are dark and luxurious, they really pop; it’s a veritable Crayola box of exotic hues reflecting the whiplash nature of Fritz’s stoned Odyssey. Along with the the original theatrical trailer, Fritz the Cat sports a feature-length commentary from cartoonist Steve Bissette, illustrator of Swamp Thing and G. Michael Dobbs, author of Escape – How Animation Broke into the Mainstream in the 1990s. Nine Lives is a bare-boned release containing just the original trailer as an extra.