John Huston plays every narrative card in the deck for the difficult task of expressing the great doctor’s insights into psychoanalysis. His actors personalize the concepts of neurosis, etc., investing us in Sigmund’s search for answers in long-ago Vienna. The fascination has multiple levels: in investigating the nature of ‘hysteria’ Dr. Sigmund Freud finds that he shares to a degree the same mental aberrations, as does his mentor. Actor Montgomery Clift was fighting numerous personal demons at the time, and Huston’s directing methods were described by some as cruel. Superb production values and Jerry Goldsmith’s music score enhance the experience. The scan on view is Huston’s director’s cut, not Universal’s shorter original release version. John Huston’s Freud is an impressive item with a serious dramatic approach to the origins of psychoanalysis. The film is conscientious and reasonable in its assertions about Freud’s theories. Freud was of course the Viennese doctor whose radical ideas about human psychology took quite a while to be even partly accepted. Still the most famous name in his field, he’s considered a giant thinker of his time, alongside the likes of Albert Einstein.

What with his rambling personal lifestyle it’s hard to imagine director John Huston being fascinated by Freud and wanting to make a movie about him for years. First, movies about abstract intellectual ideas aren’t exactly commercial dynamite. Even movies about the creative process tend to falter, when writers must be shown taking inspiration from snowflakes and music composers from sounds in nature. Huston was apparently strongly influenced by the shell-shock cases he witnessed while making the long-suppressed U.S. Army documentary Let There Be Light. Many of his films aim simply to be clear transpositions of novels, but for his Freud he tried for a screenplay by Jean Paul Sartre. Although the Frenchman’s long screenplay was unusable, the final movie is said to have followed its basic idea — we see a short few years in Sigmund Freud’s career as he tries to nail down some characteristics of neurosis, and theorizes that human sexuality is present, even in early childhood.

Choice scenes filmed in Austria and Germany recreate a convincing late 1800s atmosphere; also adding unexpected strength to the drama is Jerry Goldsmith’s moody music score, one of his earliest and one of his best — it earned him his first of many Oscar nominations. Huston places James Leong abstract art and his own narrator’s voice behind the main credits, informing us that the film to come will be very unusual. This is one of Montgomery Clift’s better performances; if you imagine Freud as a brilliant thinker beset by his own insecurities, Clift’s intense approach is ideal.

We meet Sigmund Freud (Montgomery Clift) at a clinic where his progressive ideas are scorned and belittled by his superior Dr. Theodore Meynert (Eric Portman of Corridor of Mirrors). Sigmund puts off his marriage to Martha (Susan Kohner) to leave to study with Dr. Charcot (Fernand Ledoux), who uses hypnotism to investigate ‘hysterical’ neuroses. Upon his return, Sigmund marries Martha but Meynert persecutes him for persisting in his investigation of hysteria. Meynert regards all patients with hysterical tics and paralysis to be fakers. Sigmund collaborates with the agreeable Dr. Joseph Breuer (Larry Parks), and together they try to psycho- diagnose problem patients through hypnosis and dream study. Revulsed by one patient (David McCallum) who has an unhealthy sexual fixation on his own mother, Freud withdraws from his research. Breuer brings him back again, in the study of Cecily Koertner (Susannah York). The young woman suffers from an acute paralysis, and seemingly tries to seduce her doctors. Breuer is forced to withdraw to save his marriage, but Freud continues. He finds what seems a better avenue to the truth in dream analysis, as Cecily probes recurring dreams for meanings to events in her past. Again, the problem is a sexual trauma in early childhood. Breuer continues to insist that such a thing is impossible, so Freud must proceed on his own, formulating theories that most of his colleagues reject.

At first Freud feels as if it is going to be similar to one of those inspirational Paul Muni biographies from Warners about Magic Bullets and freeing Dreyfus. When we begin seeing semi-abstract insert visuals representing the dream-obsessions of David McCallum’s Carl, Susannah York’s Cecily, and even Clift’s Sigmund himself, we wonder if Freud is going to go the way of 1940s psychological movies.Via artsy imagery, the complex mental disturbances in those tales became easily-solved picture puzzles: what meaning has the wheel in the faceless man’s hand, in Hitchcock’s Spellbound?  Happily, the ‘dream images’ in Freud never look like paintings by Salvador Dalí. They often are quite literal, and when they do get weird, the symbolism involved is not a simple code. We may still wonder if Freud’s interpretations of ‘Freudian slips’ and elements of dreams say more about the Doctor’s personality than they do the patient’s malady, but the strange imagery we are given often has the quality of real dreams.

Freud’s own nightmares about trains leaving — his own prepubescent anger at his father — are rendered on high-contrast stock, an interesting optical technique that I don’t recall seeing in an earlier movie… although we remember well Huston’s experiments manipulating Technicolor with cameraman Oswald Morris on Moulin Rouge and Moby Dick. I believe I also saw shock cutting, some of it subliminal, to indicate memory flashes. You can see this in avant-garde films from the 1920s, but in 1961 it seems something adopted from Alain Resnais and the French New Wave. 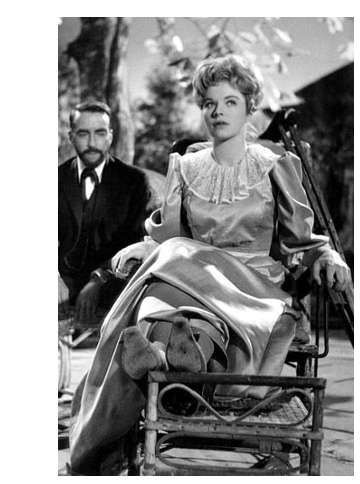 The drama is slow-going and sometimes claustrophobic but the debates between Freud and his colleague Breuer are always clear and intelligent. We may think we’re ahead of the game when it comes to ‘diagnosing’ Cecily. Huston’s writers shake us up when Freud decides that he’s misinterpreted the sexual obsesssion in play: Cecily’s father was the whoremonger but Cecily is the one who developed deblilitating neurotic symptoms.

Montgomery Clift’s performance as usual seems informed by his own issues with self-identity, sexual orientation, etc.. The same anxiety and neurotic mannerisms come through in Elia Kazan’s Wild River, where they help to express different kinds of tensions. Freud becomes compelling because the more Sigmund studies his patients, the more he realizes that he himself is afflicted with the same issues: he may not have physical symptoms like paralysis, but he’s perhaps been prevented from reaching his full potential. What Freud realizes is that we all share these same conflicts. Since the forces of pre-sexual tension are (according to Freud) a constant of the Human Condition, a thoughtful viewer will have more reasons to pay attention.

In the end the big breakthrough is a hopeful revelation, not a cure. Huston’s movie paints a fine portrait of a pioneer overcoming resistance: Freud’s ideas are rejected because they clash with official dogma, and they involve unpleasant subjects unfit for mixed company. Unlike the old Paul Muni movies, there are no cardboard villains. Freud’s academic nemesis later gives reasons for his actions that Freud understands. And when Freud’s papers inspire jeers at official gathering, he is abandoned by biggest ally and supporter, who withdraws his support because he can’t accept his colleague’s alarming theories. Unwelcome innovation has political implications, a dimension informed by the casting of Larry Parks as Dr. Breuer. Parks was himself a promising star, whose career was obliterated in a public shaming much more damning than what Sigmund Freud faced.

The acting is quite good, especially for a movie in which most of the men wear beards and top hats. Montgomery Clift shows great strength when Freud is lambasted and humiliated in front of his peers. Refusing to rebut his tormentor on the defensive, the young doctor displays so much resolve and fortitude that his colleagues can’t help but respect him. Susan Kohner’s role as the Good Wife is not entirely thankless; their wedding expresses a healthy Jewish background. Martha Freud speaks up more than once with opinions more sensible than her husband’s — like opining that that little snip Cecily is using her issues to seduce her doctors. Incidentally, in this show Ms. Kohner looks very much like her legendary mother, actress Lupita Tovar. 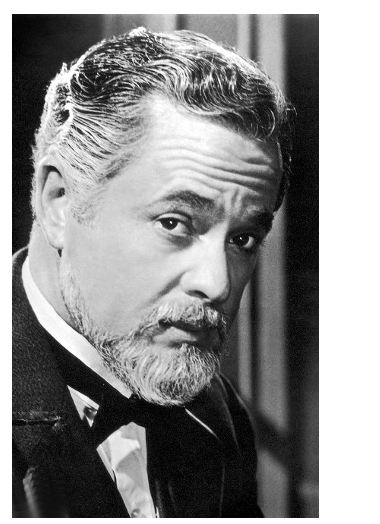 Larry Parks’ Dr. Breuer is warm and supportive but also gives hints of a conservative bent that prevents his accepting ‘dirty’ theories about childhood sexuality. That he cannot convince his wife that he’s not having an affair with Cecily perhaps points to problems earlier in his marriage. Looking very distinguished in his beard, Eric Portman is excellent as the domineering academic sadist Dr. Meynert, a man who rejects Freud’s ideas because he’s in denial of his own problems. These doctors are hampered by the knowledge that they are in no way immune from the very same mental issues they diagnose in others.

David McCallum’s brief part is decent but one-note. Also making an impact is Eileen Herlie as Cecily’s mother, who has almost no screen time yet reveals herself to be an intimate part of her daughter’s problems. Fernand Ledoux (La bête humain) has one isolated but great scene, demonstrating how hypnosis can make afflicted neurotics swap symptoms — but cannot cure them. Two Brit horror alumni have small parts. Perennial snob Allan Cuthbertson (The Stranglers of Bombay) is set up for something with Montgomery Clift, but most of his performance was dropped. Ferdy Mayne (The Fearless Vampire Killers) serves as a kind of interrogator Freud’s peer gathering where he first presents his theory of childhood sexuality. Unlike the mob around him, Mayne’s questions are reasonably free of malice. The wisdom of the scene is that Sigmund Freud knows he must put his ideas out there, even if rejection is a given. That is the nature of pushing boundaries. 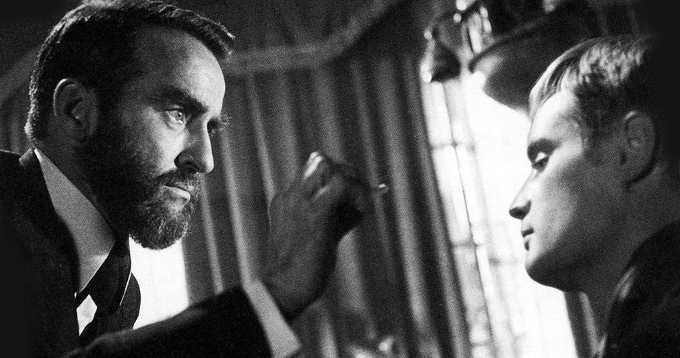 The KL Studio Classics Blu-ray of Freud looks like it was filmed yesterday, right from the interesting titles that play out over a close-up of an abstract painting. The image is flawless. It’s great that Universal had to finish and preserve John Huston’s cut before chopping out two reels to fashion their 1962 release version.

The extra for the curious to check out is Tim Lucas’s audio commentary, which calmly and clearly runs down the history of the movie’s filming and making a close read of the interesting mix of literal and impressionistic dream visuals. I’ve had a hard time deciding if I even like John Huston after reading biographies of the director. Tim also delivers an entertaining rundown of the film’s stellar talent, taking special care with the often maligned Montgomery Clift. It’s the informed and reasoned commentary that this unusual picture needs.