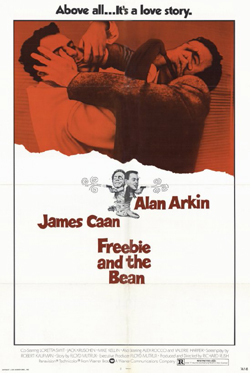 Freebie and the Bean

Richard Rush’s buddy/cop action comedy made hardly a ripple in its theatrical release (although there was a short-lived 1980 TV series), but over the years it’s developed a cadre of hard-core followers, not least of which is Mr. Olson. This pan-and-scan trailer is one of the dullest and least representative we’ve ever run here at TFH.