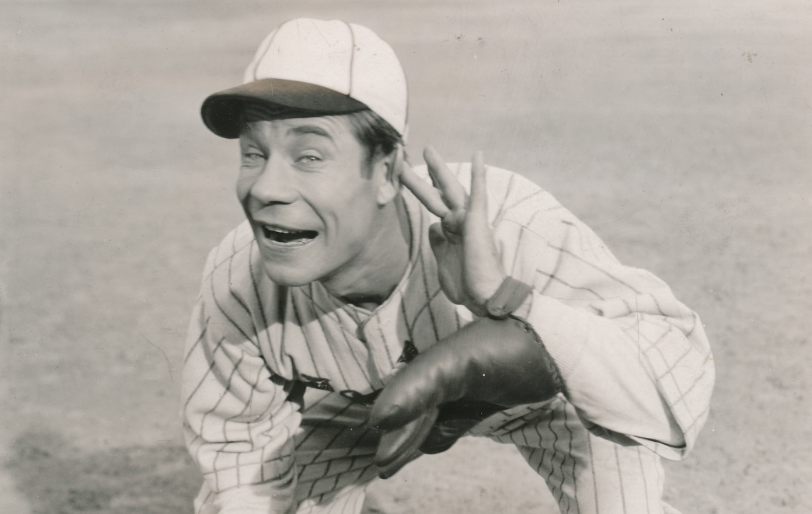 If you’re a baseball fan, particularly if you’re a Dodgers, Astros, Cubs or Yankees fan, the real baseball season started this past Friday with the inauguration of the American and National League Championship Series. I’m a Dodgers fan, which means I’m among that group who, arguably, have gone the longest without the satisfaction/excitement/nail-biting terror of seeing their team in the World Series, the next step for whoever wins in the NLCS. The Dodgers last appeared in the World Series in 1988, capping a memorable run with a championship by beating the Oakland A’s. That was 29 years ago. The Cubs are the reigning MLB champions, having won last year’s World Series after a 107-year drought. And the Yankees, a mainstay of the World Series around the turn of this century, last appeared in an October championship series in 2009. 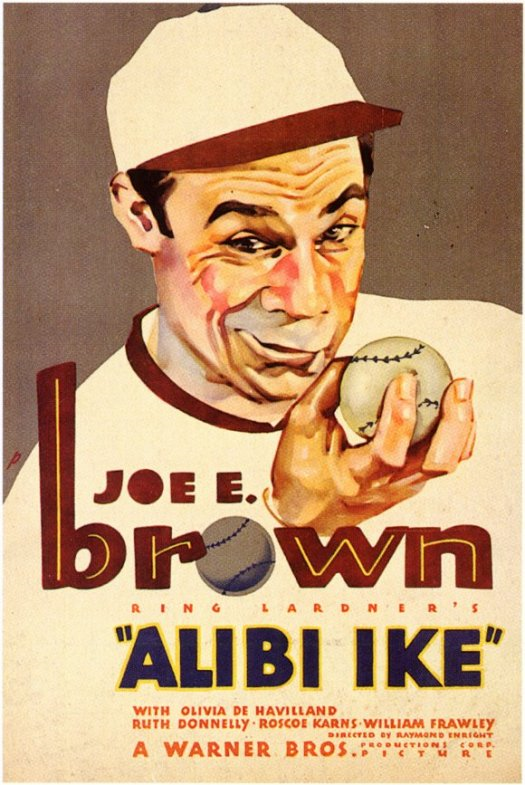 The only team to come close to the current measure of long-suffering lack of major league glory experienced by the Dodgers would be the Houston Astros. The Dodgers have, over their storied history, seen a lot of time in championship games, of course– 18 World Series appearances, five wins. But by the simple measurement of time, 29 years since their last World Series against only 12 for the Astros, this ought to be the Dodgers’ year. However, baseball is baseball, a game of inches, as they say, and it’s also one, for all its fetishizing of statistics and historical trends, which turns on unpredictable tides, a game in which past glories can pivot to unforetold misfortunes and almost nothing, good or bad, goes exactly as expected. All that, of course, goes ground-rule-double for the playoffs. 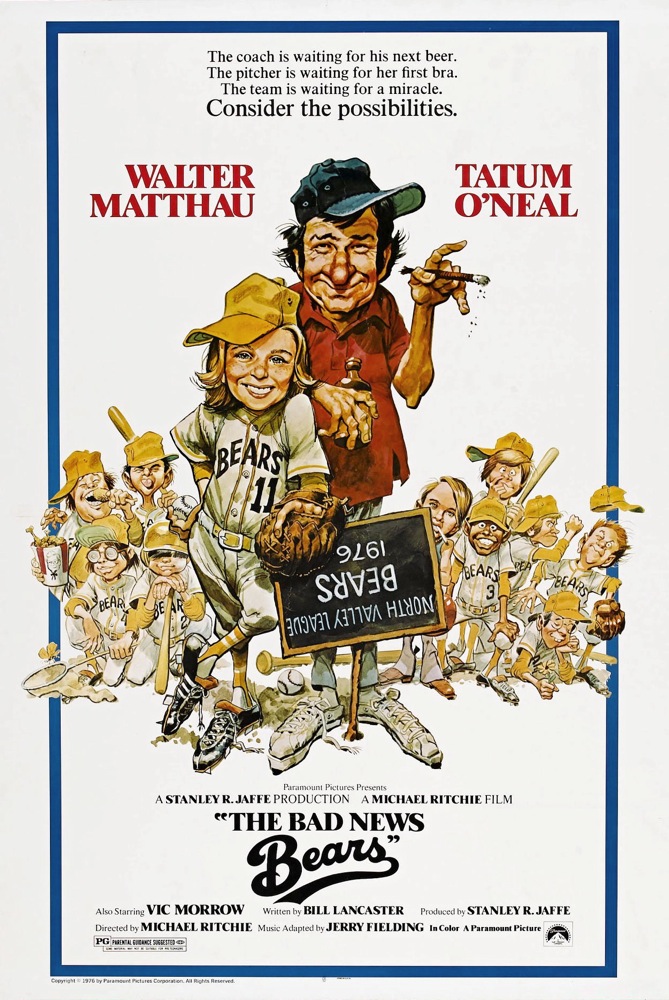 So, as a way of relaxing and basking in the atmosphere of the game when things get too tense with my team, I like to enhance the experience of the baseball season by watching some of my favorite baseball movies. But you won’t find sentimental audience favorites like The Natural, A League of Their Own or Field of Dreams on my shelf. What you will find, however, are titles like Ken Burns’ epic documentary Baseball; Ron Shelton’s sweet-and-sour love letters to the games, Bull Durham and his remarkable biopic Cobb; John Sayles’ Eight Men Out, which recounts the 1919 Chicago Black Sox scandal; Sam Wood’s (and Gary Cooper’s) The Pride of the Yankees; John Lee Hancock’s undervalued and very moving The Rookie; Bernie Mac in Mr. 3000; an early Robert Aldrich effort entitled The Big Leaguer; The Bingo Long Traveling All-Stars  Motor Kings, a comic look at the era of the Negro Leagues starring Billy Dee Williams and Richard Pryor; Michael Ritchie’s The Scout, starring Albert Brooks; and, speaking of Michael Ritchie, the picture I consider to be the best baseball movie ever made, Walter Matthau and Tatum O’Neal in The Bad News Bears. That’s a list of favorites which I think covers almost all the facets of what I maintain, for all the flaws and frustrations of its more organizational aspects, is still America’s great pastime. 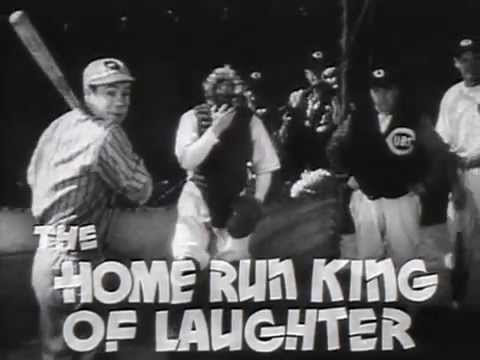 And now I’ll add to that list of impeccable base-runners the rubber-faced (and rubber-armed) Joe E. Brown as minor league pitching phenom Frank X. (Francis) Farrell, who makes a splash in the big leagues for the Chicago Cubs in the 1935 comedy Alibi Ike, based on Ring Lardner’s 1915 Saturday Evening Post short story of the same name. (If you’re between innings this weekend, you can read the whole thing here.) The movie, directed by Ray Enright (Dames, The Spoilers), like Joe E. Brown’s genially loose-limbed performance in it, captures effortlessly the aw-shucks bonhomie of Gardner’s style, fortunately minus the casual anti-Semitism of the time. And in its casting of real baseball players to back up Ike in the outfield (journeyman and one-time Brooklyn Robins– later the Dodgers—first baseman and right fielder Babe Herman, and Boston Red Sox outfielder Smead Jolley) and on the mound (Cubs and Browns pitcher Charlie Root), Alibi Ike amasses an amiable authenticity that helps the whole show go over like a well-turned double play. 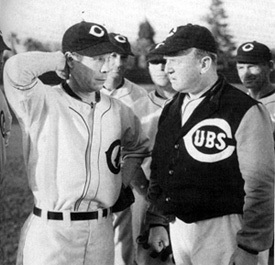 Baseball players being the nickname-addicted specimens they are and always have been, Frank (or Francis) quickly becomes Alibi Ike to his teammates, a moniker given to commemorate his proclivity for coughing up excuses for everything he does, on and off the field. Ike dazzles his teammates (especially catcher Roscoe Karns) and his crusty but benign manager (William Frawley) with his confidence, which is backed up by an unhittable fastball and flailing, anything-goes style of play. When asked by his boss whether he’s ready to pitch, Ike’s favored response is “I’m as loose as goose grease!” And what we see of Ike on the mound is as apt a manifestation of that down-home proclamation as there ever could be. 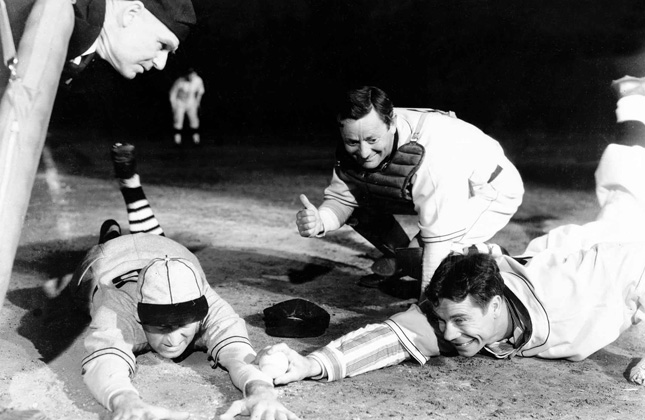 When I first saw Alibi Ike a couple of years ago I couldn’t stop laughing at Ike’s/Brown’s delivery of those unhittable fastballs. Poised to strike, Ike drops to a low position facing the batter, dangles his throwing arm like a limp noodle, then gathers both arms together into a wind-up that resembles nothing so much as a human-scaled tornado brewing up to full speed, before an unruly release and kick of the leg that would flush Dodger left-hander Rich Hill with envy. Brown’s “mechanics” on the mound are so outlandish I couldn’t believe, when Enright positions the camera behind the catcher to show Ike’s full delivery to the mitt of his battery mate, how Brown’s athletic stand-in could manage to duplicate the movement of this singular physical comedian so precisely. I also laughed because I couldn’t help but admit that, however absurdly funny Brown’s wind-up looks when compared to other pitchers in the history of the game, his delivery looked more convincing than the one Tim Robbins managed to muster as the wild but supposedly effective Ebby Calvin “Nuke” LaLoosh in Bull Durham. 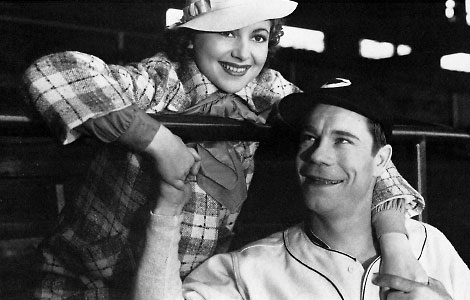 What I didn’t know at the time but subsequently found out was that Joe E. Brown was, early in his career, yet another embodiment of my high school English teacher’s philosophy– to effectively emulate bad writing, or inarticulate characters, one must first know how to do it right. Well, it turns out that Joe E. Brown knew what he was doing all along, and that it was Brown himself in those wide shots, delivering fastball strikes as the tornado-armed Ike to his catcher. Brown began life with a traveling circus troupe when he was 10 and, as he wrote in his 1956 autobiography Laughter Is a Wonderful Thing, “began haunting the knotholes around big league ball parks when I wasn’t on stage or practicing… I was playing semi-pro baseball by the time I was 15.” According to Lee Lowenfish, who in 2016 wrote a terrifically informative article on Brown for the National Pastime Museum entitled “The Remarkable Baseball Passion of Comic Actor Joe E. Brown,” Brown was an excellent left-handed-hitting second baseman who was good enough that he eventually earned a contract to play with the minor league St. Paul Saints in 1910, when he was 18 years old. But Brown was only a few games into his pro baseball career when he broke his leg sliding into third base, an unfortunate occurrence which was soon followed by yet another leg injury. The would-be baseball star was forced to conclude that baseball would have to be an continued obsession, not a vocation, and that he was most likely to find success down the path to show business from which he had, for a few years, strayed. 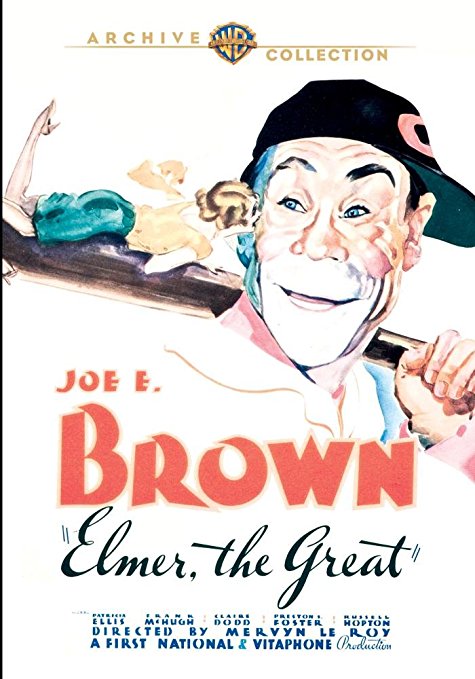 So, some 25 years after his brush with professional baseball greatness, Joe E. Brown channeled his love of the game into almost-forgotten classics like Elmer, the Great (1933; Mervyn Le Roy), also based on a Ring Lardner story, and then Alibi Ike (1935), both of which deserve to not be forgotten and are now available on DVD through the good graces of Warner Archives. (For eagle-eyed DVR programmers, they also show up occasionally on Turner Classic Movies.) These slight, entertaining pictures really are two peas in a pod, both revolving around bumpkin baseball players who take their league by storm while dealing with romantic entanglements and the crooked influence of gamblers on the game. The only significant difference between them is that Ike slings rockets from the mound, while Elmer is best at hitting said rockets into space with his bat.

Another big difference, of course, is that Ike’s paramour is portrayed by the impossibly luminescent Olivia De Havilland in her film debut. De Havilland doesn’t exactly steal Alibi Ike from Brown—who could?—but her appearance goes a long way toward explaining right out of the gate how moviegoers might be able to spend the next 82 years trying unsuccessfully to keep their eyes off her, whether appearing as Hermia in A Midsummer Night’s Dream (1934) or just this past year initiating a feisty legal pursuit of Ryan Murphy over her portrayal in the TV producer’s recent Hollywood camp fest Feud. At 101 years old she is, thankfully, like Ike’s patented whirling on the bump, her very own tornado, and long may her winds blow.

“Nobody’s perfect,” Joe E. Brown said for Billy Wilder in probably the actor’s most renowned moment in the movies, and certainly no one would ever claim perfection for Alibi Ike. I wouldn’t say that it’s necessarily one of the great baseball movies either. It is, however, an undeniable charmer, anchored by Brown’s passion for the game and his unflappable ease and energy as a performer. At one point, while being pressured by Chicago mobsters to throw a big game, a fly lands on Brown’s nose. Without missing a fraction of a beat, Brown blows at it and continues with his dialogue, ceding the annoying insect not even so much as a Fieldsian “Get outta here, fly, you bother me!” It’s that relentless, tenacious spirit and conviction, along with a tornado pitch delivery, which Brown embodies at his best, and in Alibi Ike his best is right there on the field, as loose as goose grease.