The masterful political documentaries of Chilean Guzmán, constitute a national epic for a beloved country traumatized for trying something new within a hostile political environment. How can one keep the memory of a national betrayal alive, after being forced into exile by a military dictator?  How can the memory of a great national leader be kept alive, after so many dissidents were murdered or ‘disappeared?’ 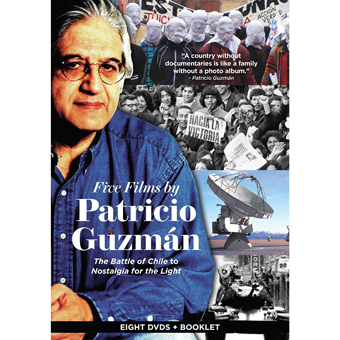 A few years ago I reviewed Patricio Guzmán’s The Battle of Chile and Chile, Obstinate Memory. In forty years of exile from his home country, Guzmán has continued to document the same historical trauma. An elected government in a major South American country was overthrown by a reactionary military coup. Thousands of citizens were murdered or ‘disappeared’ by a fascist dictatorship. Most of the world has looked the other way. Thanks to Guzmán, a credible record exists of the events leading to the coup. The documentaries he’s made since haven’t gone back over the same ground. Instead, he’s presented new stories to illuminate the reality of reactionary politics in Chile, and how the injustice was nurtured and supported by the supposed leaders of the Free World. 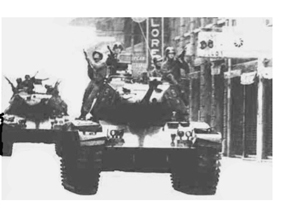 To the Americans that mourn our 9/11 day of tragedy, Guzmán can only remind us that Chile has its own 9/11, in 1973, when the elected government of Salvador Allende came under attack by units of the Chilean armed forces. After Allende was dead, his general Augusto Pinochet took power and instigated a wave of political murder. Tens of thousands of Chileans were rounded up, kept in stadiums and later concentration camps, and systematically murdered. It’s not a leftist fantasy, but fact.

Helping to organize the coup and supporting Pinochet in every way was the American CIA, which had been working for years to destabilize his government under direct instructions from Richard Nixon. With the idea that Communism was seeping into the Western Hemisphere, and that no repeats of Cuba’s revolution would be allowed, Nixon wanted Allende neutralized.

Five Films by Patricio Guzmán collects the filmmakers core work concentrating on this epochal event in his country’s history. Guzmán’s first film about Allende’s new government won him the support of the French filmmaker Chris Marker. What became The Battle of Chile began as documentary footage of national difficulties that arose when the right-wing opposition — never outlawed or harassed by Allende’s inclusive policies — sought to sabotage the economy in any way it could. 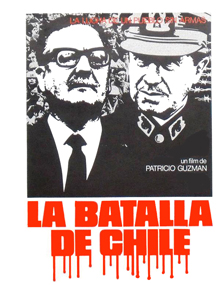 The three-part Battle of Chile made independent filmmaking an important part of history. As so much of the struggle in Chile was recorded, concerted efforts to claim that ‘things never happened’ cannot succeed. Filming at the beginning of the coup, one of Guzmán’s cameramen is shot dead while taking a scene. The soldiers immediately took the film out of his camera — but the wrong cartridge. Guzmán was arrested that same day, but his accumulated footage was smuggled out of the country.

Twenty years in exile, Guzmán made TV documentaries about other aspects of Latin American life. Then in 1997 came Chile, Obstinate Memory, a re-examination of the coup and life under Pinochet. The Battle of Chile had of course been suppressed, but even after Pinochet was voted out in a plebiscite (see the remarkable 2013 Gael Carcía movie No) the country seemed in denial, with most authorities preferring not to dredge up the past. Even now, nobody takes chances. To revisit the Presidential Palace, one of its last loyalist defenders from 1973 must now masquerade as part of a film crew. As part of Obstinate Memory Guzmán shows Battle to young people that were children during the coup. Many of them had no idea what it meant. Such an important event in the life of the country was almost completely suppressed.

Patricio Guzmán’s documentary style is influenced by the great Chris Marker (Le joli mai, Sans soleil) and not just because of the films’ insistence on the importance of memory. These aren’t radical documentaries, as both Marker and Guzmán show the failings and sometimes outright foolishness of the Left. The shows provide excellent interview subjects. The later films occasionally use witnesses on the side of Pinochet. They aren’t mocked through clever cutting, or otherwise disrespected.

The Pinochet Case (2001) chronicles the 1998 efforts of a Spanish judge to bring dictator Augusto Pinochet to trial for human rights violations. Basically a publicity effort for the cause of international human decency, the Spanish judge asked England to hold Pinochet, then taking a yearly vacation in London, for extradition to answer for the tens of thousands of Chileans that were murdered on his watch, under his regime. We see extended testimony from women about their fathers, sons, husbands and daughters murdered by Pinochet’s military. Survivors describe unending tortures.

The docu is fascinating, as everything about the case was reported in detail, and Guzmán obtained access to great quantities of high-quality video. The English judiciary establishment pursued the charges for months, until the Crown stepped in and unilaterally put an end to the legal proceedings. One Pinochet supporter offers some truly heinous non-arguments in his behalf, while a small group of Chilean demonstrators, rich people in designer clothes flown in specially from Santiago, make a fuss on the street. The key political ‘convincer’ is video footage of Margaret Thatcher visiting Pinochet twice, and being warmly received at his place of house arrest. She thanks the dictator 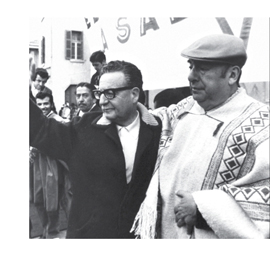 for ‘bringing democracy’ to Chile. The movie ends with a mother screaming out her protest in a crowded hallway, that the government won’t even acknowledge that crimes took place, even with thousands of hastily buried bodies being exhumed. She’s not the kind of publicity grabber we see on our TV news every night, but the real deal, putting herself in jeopardy by shouting the truth.

Salvador Allende (2004) Is a standalone biographical film about the career of Chile’s president, a calm and gracious man who assembled political coalitions and never used force when in office. Allende didn’t follow Fidel Castro’s advice to consolidate military power and purge political opponents, and the Soviet Union disapproved of Allende’s all-inclusive governing strategy. Yet the United States wanted him out or dead, or both. None of these documentaries exist for the purpose of pointing fingers at the United States. Pinochet supporters would simply say that the need to keep Communism from spreading justified covert actions in Chile, Argentina and Bolivia. Comparing Allende’s character and that of his successor brings one back in the direction of reason.

Guzmán made a TV docu about author Jules Verne in 20015. But the popularity of his Nostalgia for the Light (2011) shows that his insistence on keeping memories alive has traction. He succeeds with the unlikely idea of linking the political theme to a scientific quest. Astronomers work in Chile’s Atacama Desert because of its favorable atmospheric conditions for observing the stars. Meanwhile investigators try to locate mass graves of the Disappeared. The poetic contrast works beautifully, and Guzmán’s reflective approach creates an overall feeling of serenity. It’s possible to go forward, if the past is not denied. 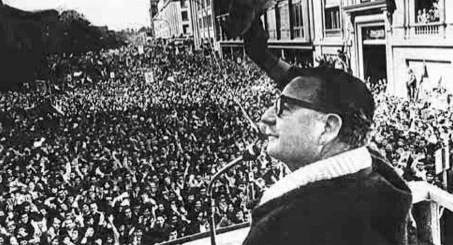 Icarus Films presents Five Films by Patricio Guzmán on eight DVD discs, contained in a fat keep case. The transfer quality is quite good, as it was for an earlier Battle of Chile and Chile, Obstinate Memory DVD release from back in 2009.

A 24-page booklet has essays by José Miguel Palacios, a Patricio Guzmán mini-bio and a filmography of his work. Icarus Films has released some of the films separately.