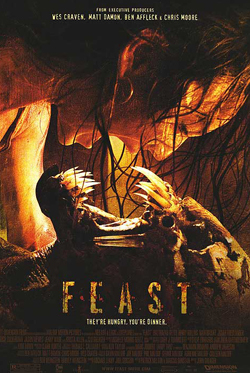 Director John Gulager’s monsteriffic splatter film had a most unusual genesis as the winner of Ben Affleck and Matt Damon’s Project Greenlight. Thanks to Damon/Affleck Gulager was able to flesh out his first theatrical film with a distinctive cast including Balthazar Getty, Henry Rollins and Gulager’s dad, Clu.