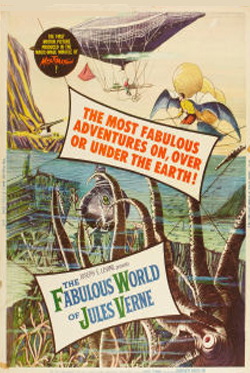 The Fabulous World of Jules Verne

The imaginative films of Czech animator/director Karel Zeman were poorly served in the West, usually presented if at all in heavily Americanized recuts. This brilliantly designed 1957 gem wasn’t released in the US until four years later and in the wrong screen ratio (the trailer obviously cuts off the top and bottom of the 1:33 frame). The original version, The Deadly Invention, can be seen online in its entirety with English subtitles here: The Deadly Invention