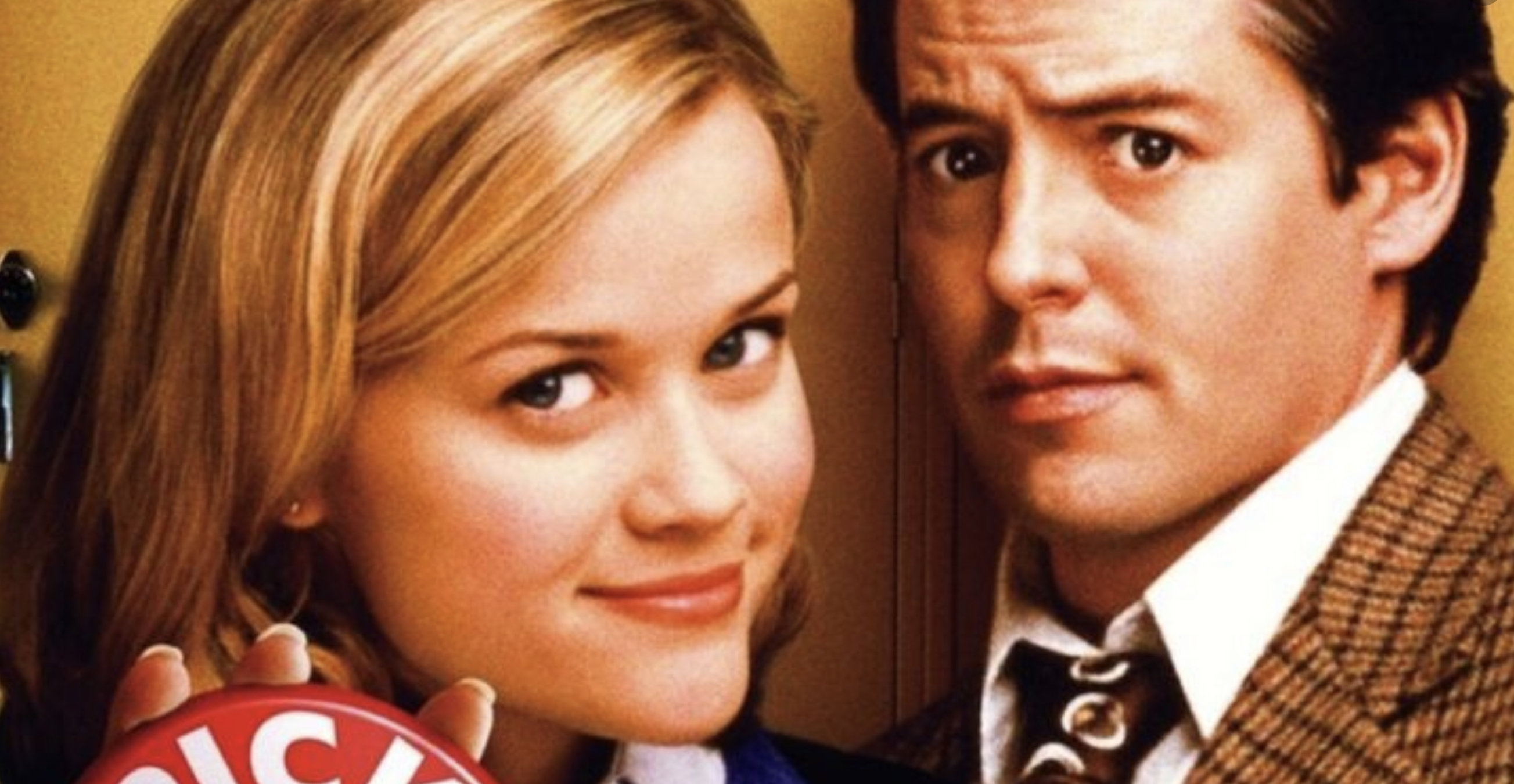 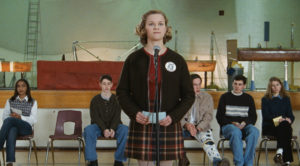 In times of political malfeasance, when corruption and self-aggrandizement is the rule of law, political satire can be a tonic or a depressant, but either way necessary. And it seems to me Alexander Payne’s Election (available from Criterion in a beautiful Blu-ray package), is a bracing intellectual tonic pitched perfectly, even though it was made almost 20 years ago, for the era of our current presidential, and perhaps our upcoming constitutional crisis. And though she is front and center and the spark that ignites it, the movie’s tart brilliance and no-holds-barred charge goes beyond Reese Witherspoon’s inspired and fearless performance. Election is, I think, a genuinely great American movie, powered of course by the Little Engine That Could (And If She Can’t, Then She Insists On Knowing Why Not), Witherspoon’s Tracy Flick, but also by a so-far career-best efforts from co-writer-director Alexander Payne (maddeningly inconsistent to date), with a profound assist from his editor, Kevin Tent; and Matthew Broderick, of the delicious-beyond-measure deadpan disbelief and eye-popped shock, as sincerely misguided, not to mention doomed, high school history teacher Jim McAllister, whose meddling in a high school election, and a possible affair with a friend’s wife, leads if not to tragedy exactly, then certainly humiliation and an almost eerie confirmation that the best-laid plans can often curdle into unexpected consequence. (Unless, of course, you’re self-obsessed enough to see them through with little regard to the humanity in your purview, in which case you’re likely to be the raw material for making a future huge splash in Washington and world politics.) 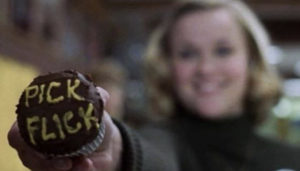 Even the less familiar faces in Election are inspired—Chris Klein’s aw-shucks quarterback Paul, and Tracy’s main competition for student body presidential glory, is sublimely, believably sweet (he’s the only marginally well-adjusted person in the movie, and he’s probably a dunce); Jessica Campbell, an unknown before and since 1999, nails the line between sullen disregard and blindly romantic fixation as Paul’s sister Tammy, who rallies unexpected enthusiasm from the hostile student body when she declares that her chief goal as the third candidate for president will be to dismantle the structure of student government (sound familiar?); Phil Reeves’ pitch-perfect smugness as the school principal, who brandishes a degree in CYA; Mark Harelik as McAllister’s fellow teacher, mewling through tears as he defends his predatory affair with Tracy as true love; and even bit players like Nicholas D’Agostino (who would later snatch the lead in Final Destination 5) as the student charged with tallying the election results who uncovers McAllister’s ill-advised attempt to deny Tracy her legitimately earned one-vote victory (earned through Klein’s selfless casting of his vote for his opponent). D’Agostino’s indignant reaction to the questioning of his mathematical skills when the total votes cast don’t gibe with the number of registered voters is a mini-master class in expressing the pride which can’t help but swell in the face of resistance from adults who aren’t living up to the responsibilities of their authority.

But what ultimately scoots Election, as astute a political satire as has ever been made in this country, to the head of the class is how it distributes the judgment of its satirical eye. No one character is painted with such broad strokes of sinister Machiavellian intent, or bumbling misunderstanding of circumstances they themselves have created, or even relative virtue, that they can be shrugged off and simply laughed at, nor is anyone necessarily let off the hook either, the dangling made even more sublime by the ease with which we can see ourselves up there, twisting in the breeze. Election is at play in the real world, a movie of a certain harshness that isn’t itself blind to the moments in which even the most strident and the most self-righteous of us (traits shared, by the way, by both of the primary antagonists in the story) can reveal themselves as aching, abused, recognizable, yet still accountable humans.

And for a movie that would seem to be absent the recognition of the divine, there does seem to be a rather gleeful engagement with a sort of Old Testament retribution, the sneaking sense of a cranky, petulant God who enjoys watching his creations rail at each other and otherwise get up to a hearty degree of self-destructive no-good. After all, in an era dominated by the petulant whims of a would-be dictator and his congressional enablers, 60 million or so voters intellectually blind enough to support them and their decisions through thick and thicker, and the globally disastrous consequences of such willful ignorance, when is the sting of a bee, suffered midway through the film directly in the eye by Broderick’s clueless sufferer, a man who can’t or won’t see the profound and continuing error of his ways, ever just a bee sting? Though it was made in 1999, Election seems, with each unavoidable encroachment of the news of the day, even more timely than ever, and recommended viewing, perhaps more than once, between now and November 2020