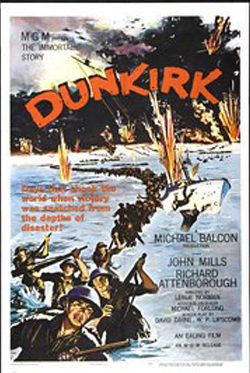 Before Christopher Nolan’s IMAX-size Dunkirk there was this 1958 version directed by Leslie Norman, a competent craftsman who was reportedly unpopular with film crews due to his impatience and volatile temper. Nonetheless he was behind the camera for such quality items as The Night My Number Came Up, X-the Unknown and The Long and the Short and the Tall. This was the most expensive film made by Ealing Studios.