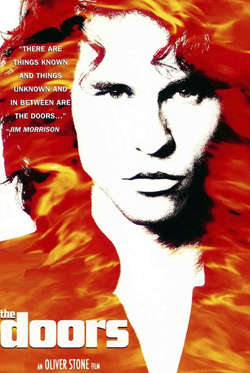 Oliver Stone’s bio-pic about 60’s prog-rock band The Doors spent over ten years in development, running through several studios and potential leading men before settling on Val Kilmer as the band’s self-aggrandizing/self-destructive lead singer, Jim Morrison. Critical reaction was mixed and the box-office weak, but all of Oliver Stone’s films are passion projects and The Doors is no different: like Morrison himself, Stone’s movie is never dull or doctrinaire.