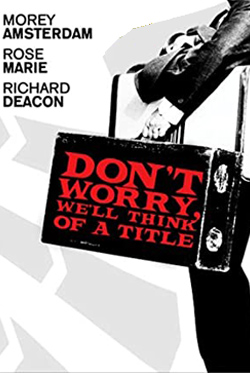 Best known as gag writer Buddy Sorrell on The Dick Van Dyke Show, Morey Amsterdam wrote, produced and starred in this low budget black and white comedy made as the Van Dyke show was nearing its end. A blend of Catskill one-liners and outdated topical humor, it stars two other Van Dyke veterans, Rose Marie, Richard Deacon and a host of celebrity cameos including Forrest Tucker who shot his segment during his lunch break on F-Troop.