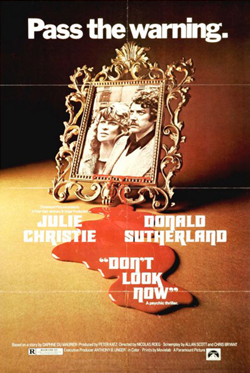 For his third outing as a director, cinematographer Nicolas Roeg came up with this sublimely creepy adaptation of a Daphne Du Maurier story shot on location in Venice. The simultaneous release of “The Exorcist” took some of the wind out of its sails in the US, but it’s now considered a horror classic.